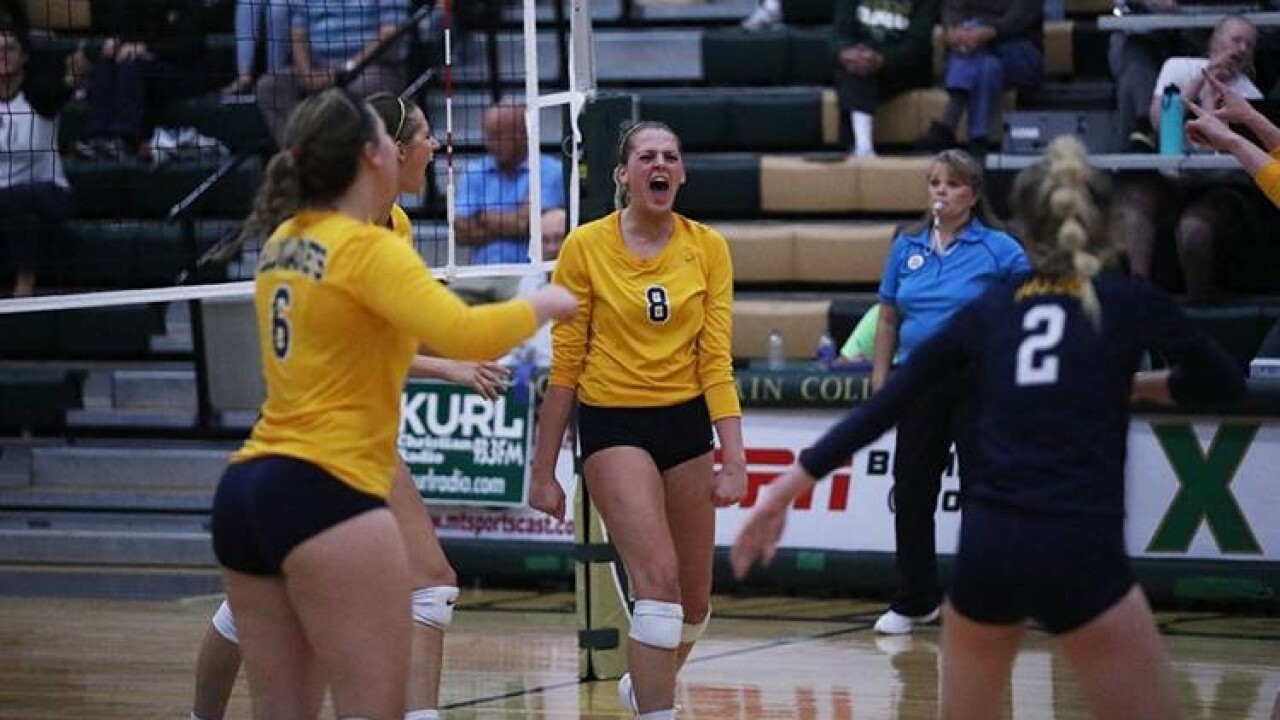 Monck is the first Yellowjacket since 2016 to have earned first team honors. She was the most consistent players for the ‘Jackets and one of the best in the conference on both sides of the ball finishing in the top 20 in both kills and digs.

Posting a team leading 15 double-doubles, Monck had a season high 22 kills on September 23rd against cross town rival Rocky Mountain College, leading her team to a three sets to two victory. Her 22 kills ties her for 12th all-time in school history for single match kills.

She produced a season high 26 digs against GNAC foe Northwest Nazarene University on October 12 in another three sets to two win. The 26 digs puts her tied for 15 all-time in a single match in program history.

Monck finished the season with a team leading 387.5 points, tied for the team lead with 31 service aces, added 18 assists, 1 solo block and led the team with 83 block assists.

For her career, Monck has 795 kills and 667 digs. With one more season left, MSUB will look for her leadership and consistency to continue and for her to thrive in the 2020 campaign.

“Bayli has been a rock for our team all season,” commented Head Coach Casey Williams. “She has truly grown as a player both on and off the court. She has been a great leader for our team and I am happy that the conference has seen what we see in her. I am excited for Bayli to continue to improve in the off season and have a great final season!”