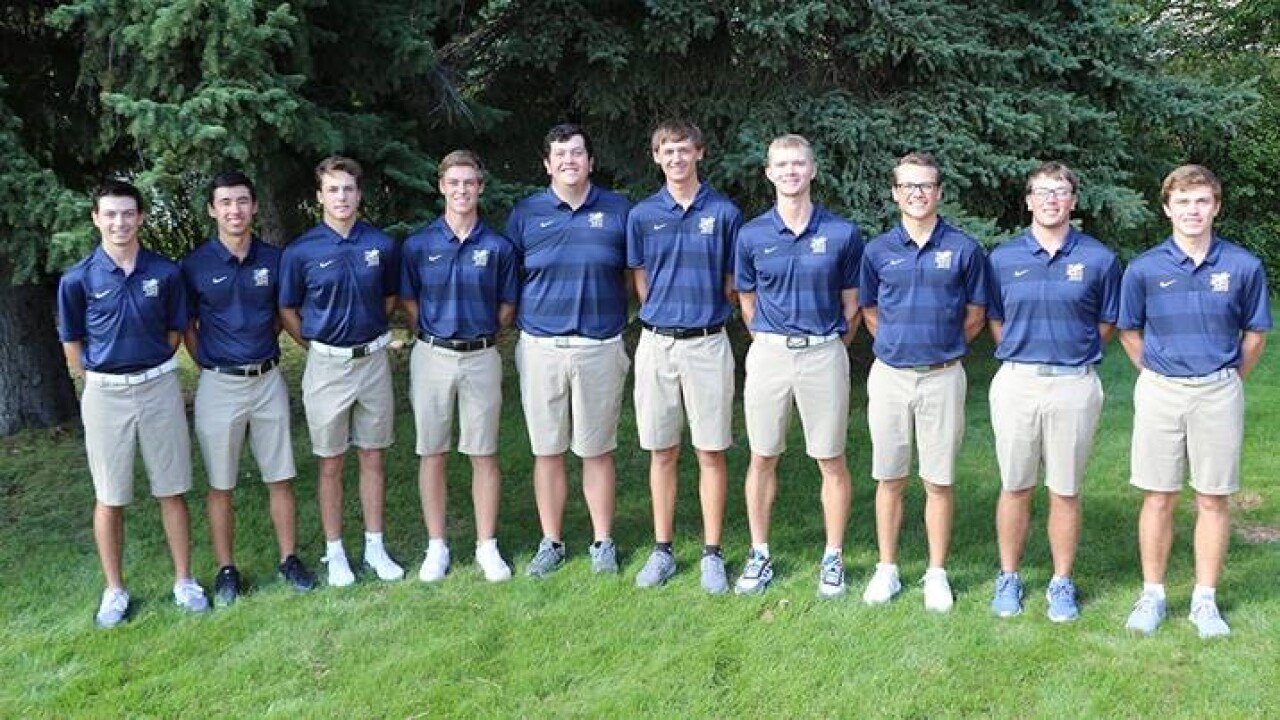 BILLINGS – After a two-week hiatus, the Montana State University Billings men’s golf team is back in California Monday and Tuesday to compete in the Notre Dame De Namur Invitational at Poppy Hills Golf Course. The course checks in at 6,927 yards and is located in Livermore, California. MSUB’s brings an experienced lineup of golfers including Senior Garrett Woodin, Senior Payton Stott, Junior Caleb Trost, Junior Riley Lawrence, and Junior Riley Kaercher. Freshman Kevin Kolb will participate independently from the team score.

“The guys are excited to get back to tournament play this week,” said MSUB head golf coach Jeff Allen. “We have had a lot of quality practices and time to prepare since we first competed two weeks ago.”

LAST TIME OUT: The Yellowjackets finished 13th of 15 teams in the Bay Area Invitational to start their spring 2020 campaign. MSUB faced a difficult course at the Clubs at Ruby Hills and struggled at times to find rhythm playing outdoors for the first time in months. Through a stiff breeze, Woodin finished 27th of 86 participants, though he entered the final round tied for 13th. Woodin shot a final round 80 to finish with 224 strokes overall. Stott shot a 73 in his second round to finish 52nd overall (84, 73, 77). Trost, Lawrence, and Kaercher also participated.

ABOUT THE COURSE: Poppy Ridge offers a peaceful and serene backdrop in Livermore Valley Wine Country which has three nines, each of which are distinct. The fairways and greens are lush and alive and feature a lakeside green in front of a large hacienda-style clubhouse. The course offers nearly 300-feet of elevation change to challenge golfers and was designed by architect Rees Jones.

LAST FALL: MSUB played 12 rounds of golf in the fall and held an average of 299.8 strokes combined. Playing in the University of Concordia Invitational, MSUB took eighth as a team for their best finish of the fall season. Junior Caleb Trost [msubsports.com] was the top finisher for MSUB on the par-71, 6,823-yard course, as he tied for 8th place with a three-round total of 214 (73-70-71). Trost finished the fall with a 73.6 average and played all 12 rounds for MSUB.

AROUND THE GNAC: Simon Fraser’s Scott Kerr led the Clan to a sixth-place finish at the CSUSB Coyote Classic in Riverside, California last week and tied for first place with a score of 3-over-par 216. Concordia University placed three players in the top-five to finish fourth at the Bay Area Invitational with a score of 883. Viktor Olund paced the Cavaliers with a first place score of 4-under-par 212 to earn medalist honors.