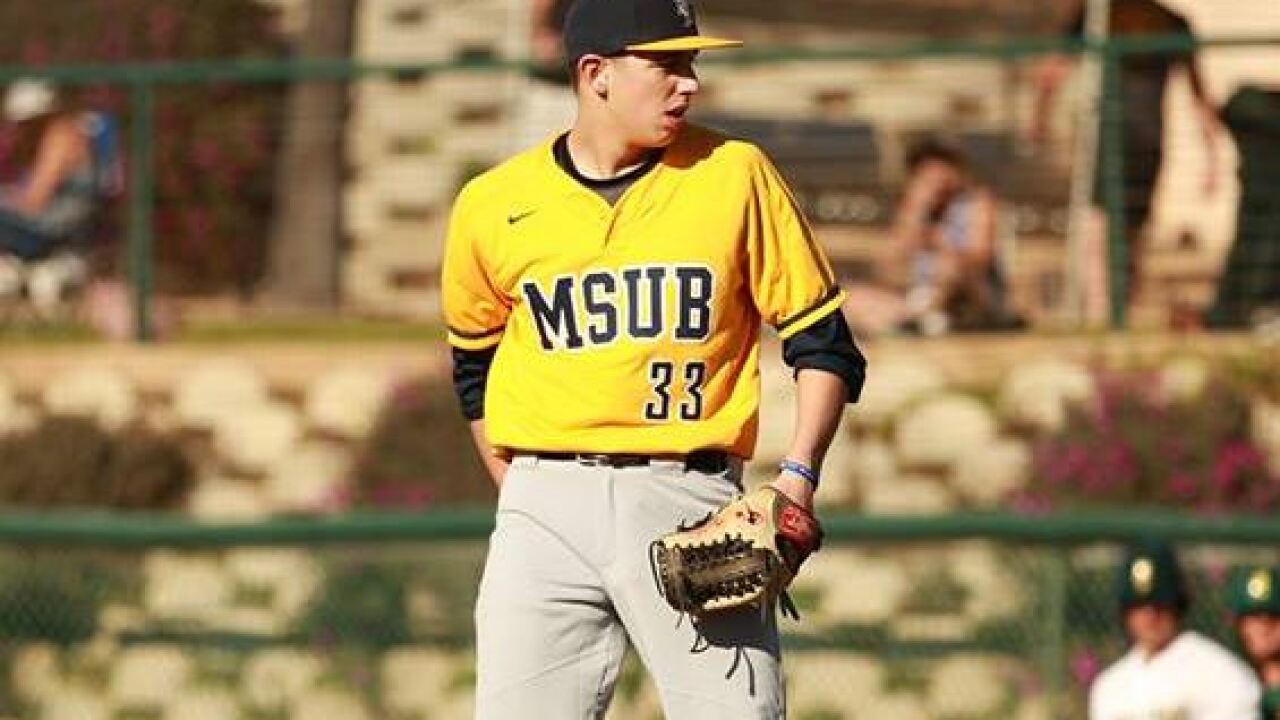 MSUB Athletics
MSUB&#39;s Mathew Houlihan is named the GNAC Pitcher of the Week .

PORTALND, Ore. - Montana State University Billings Yellowjackets pitcher Matthew Houlihan has been named the Great Northwest Athletic Conference’s Pitcher of the week for his performance against Point Loma Nazarene University this past weekend.

The freshmen from Renton, Washington earned the opening day nod in the second game and did not disappoint. Houlihan picked up the win in the Yellowjackets’ 1-0 victory over the Sea Lions to close out a doubleheader sweep of PLNU on Friday. In the seven-inning game, Houlihan allowed two hits, walked one and struck out six in four innings as he picked up his first collegiate win in his first collegiate game.

“Houlihan was able to pitch out of some trouble in the 1st inning and then was pretty dominate for the next 3 innings,” said head coach Derek Waddoups. “It was impressive to see him maintain composure early. He stepped up big and pounded the strike zone which led to success.”

“Overall, I loved how our guys competed, continued Waddoups. “We played three different style games and showed we can compete in all styles. Game one we were able to get the big inning in the middle and the bull pen locked it down. Game two was a pitcher’s duel. Game three had a lot of back and forth with clutch hitting. We came up on the wrong end of game 3 but showed some great growth and learned a lot about our club. I loved how we stayed present in the moment and kept grinding. Solid weekend for the Jackets and it puts us in a good spot winning a road series against a top notch team.”