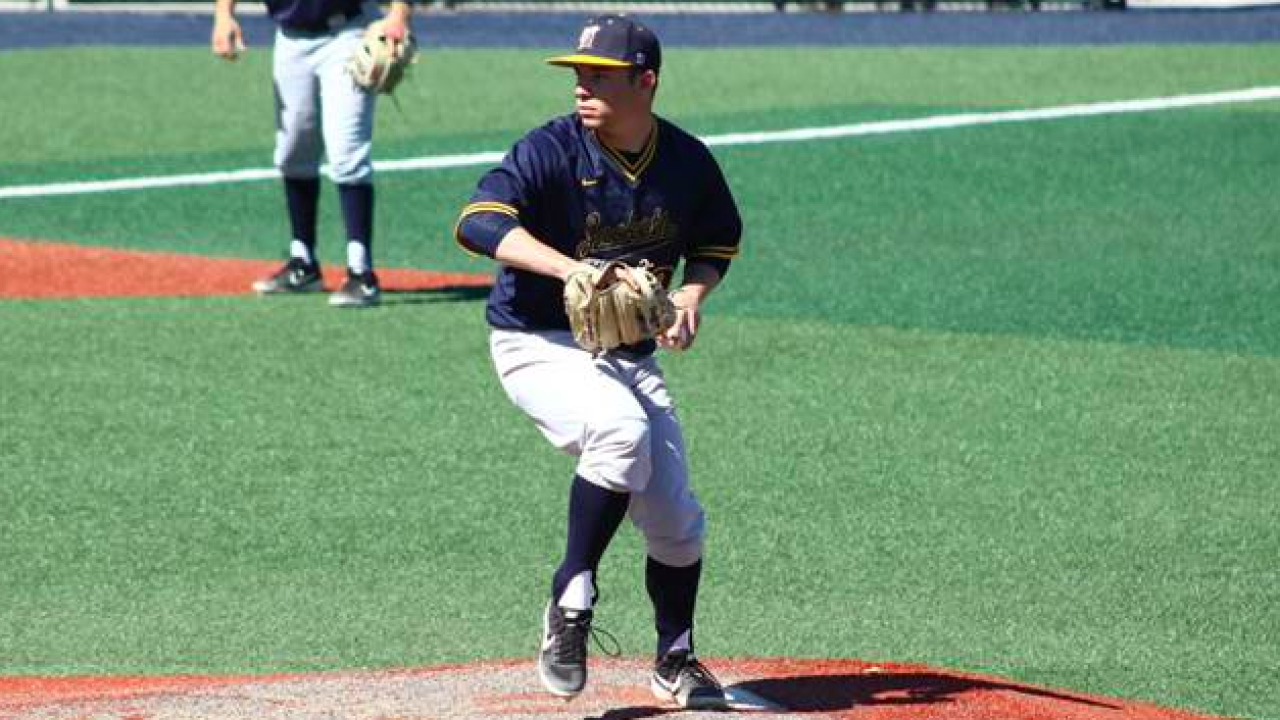 “I am really excited the conference is honoring these young men for their achievements in the classroom,” said MSUB head baseball coach Derek Waddoups. “They exemplify what it means to be a student-athlete. Their dedication to academics has benefited our program both on and off the field.”

Senior Sam Muskat leads the squad with a 3.91 grade point average and is one of just three players in the entire conference to earn academic honors for the third season in their careers. Fellow seniors Will Heward and Connor Poulson on the list, as well as sophomores PJ Ausmus, Dylan Barkley, and Zander Petrich joined Muskat.

Muskat (Beaverton, Oregon) led the pitching staff with a 1.35 earned run average in five outings and 13.1 innings pitched. He also recorded 16 strikeouts and had a 3-0 record. He is majoring in Political Science.

Heward (Ogden, Utah) is finishing his final year at MSUB as a graduate student in public relations and holds a 3.85 grade point average. Heward appeared in eight games on the mound for the Yellowjackets and marked a 4.97 ERA over 12.2 innings of work with three starts. Heward struck out 10 opposing hitters.

Poulson (Boise, Idaho) is majoring in Business Administration: Management and holds a cumulative GPA of 3.23. On the field, Poulson made three appearances with a pair of at bats for the ‘Jackets.

Ausmus (Parker, Colorado) won academic honors in his first eligible season with a 3.62 GPA in Business Administration: Management. The sophomore hit .333 in seven games with one run batted in and six walks this spring.

Barkley (Missoula, Montana) continued in the MSUB starting rotation this season and held a 1-1 record through five games. He led the squad in both innings pitched (28.0) and strikeouts (36). Barkley has a 3.51 GPA in Political Science.

Petrich (Livingston, Montana) has a 3.69 GPA studying Business Administration: Management. On the hill, Petrich did not surrender a run in two outings and struck out two.