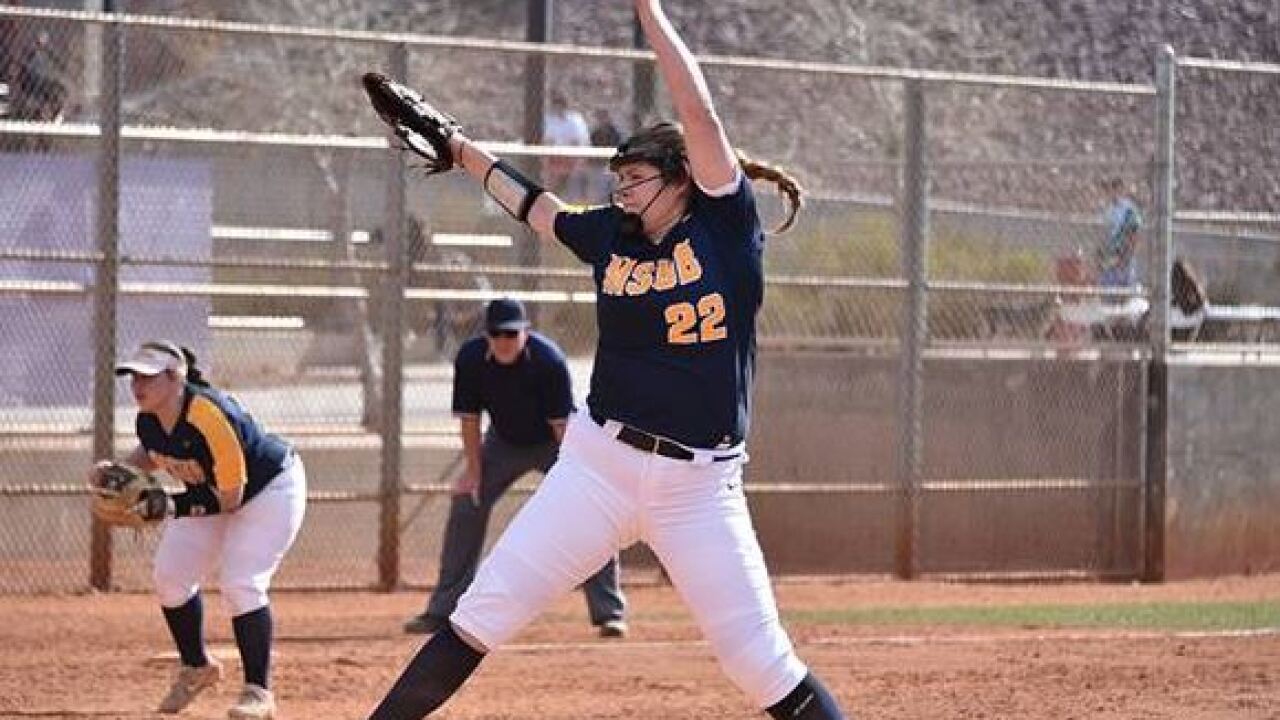 PORTLAND, Ore.- 12 players from the Montana State University Billings Softball team were named academic all-conference by the Great Northwest Athletic Conference on Wednesday. The 12 student athletes selected marked the second highest total in the GNAC for a single team.

“We are very proud of our girls for continuing their excellence in the classroom,” said head coach Lisa McKinney. “To have almost half our team earn this honor is very impressive. A few of them are repeat award winners, with Maddy Lincoln leading the way being selected for the third time. We strive to have more follow in her footsteps for the years to come.”

Leading the way is Lincoln who is now a three time selection. The senior from Olympia Washington carries a 3.56 grade point average in Elementary Education. Lincoln held a 4.30 ERA and lead MSUB in strikeouts (31) and innings pitched 68.1.

Billings native Brittanee Fisher has the team’s highest GPA with a 3.86 in Health and Human Performance and is making her second appearance on the academic all-GNAC team. Fisher hit .317 from behind the plate with three homeruns and nine runs batted in.

Not far behind is Sophomore Morgan Quimby with a 3.84 in Business Administration: Marketing. Quimby lead MSUB and the GNAC with eight doubles. She hit .299 and drove in six runs.

Including Fisher, eight of the 12 ‘Jackets that made this list are majoring in Health and Human Performance. Two time honoree Georgiabelle Benning holds a 3.41 in the class room while batting .233 and scoring five runs.

Alyssa Etheridge has a 3.32 GPA and a 5.87 ERA with 28 strikeouts. Senior Hailee Gregerson earned a 3.45 GPA and six hits with four RBIs.

Allie Hughes is another two time selection and holds a 3.51 in HHP and had really come to life in the later part of the season from behind the plate. She hit .305 with six doubles and 14 RBIs.

Former Billings Broncs Payton Meyer and Sydney Norwood hold GPAs of 3.29 and 3.33 in HHP respectively. Norwood finished the year with a .444 batting average and hit her first home run of her career.

Rounding out the HHP majors, senior Payton Reynolds holds a 3.53 GPA. Reynolds was having a banner year with a .395 batting average, 15 hits, four home runs and 11 RBIs.

Overall 70 softball student athletes qualified and were selected to the academic all-GNAC team. Western Oregon University’s Allyson Drury led all players with a 3.98 in biology. Central Washington University led all schools with 13 selections.