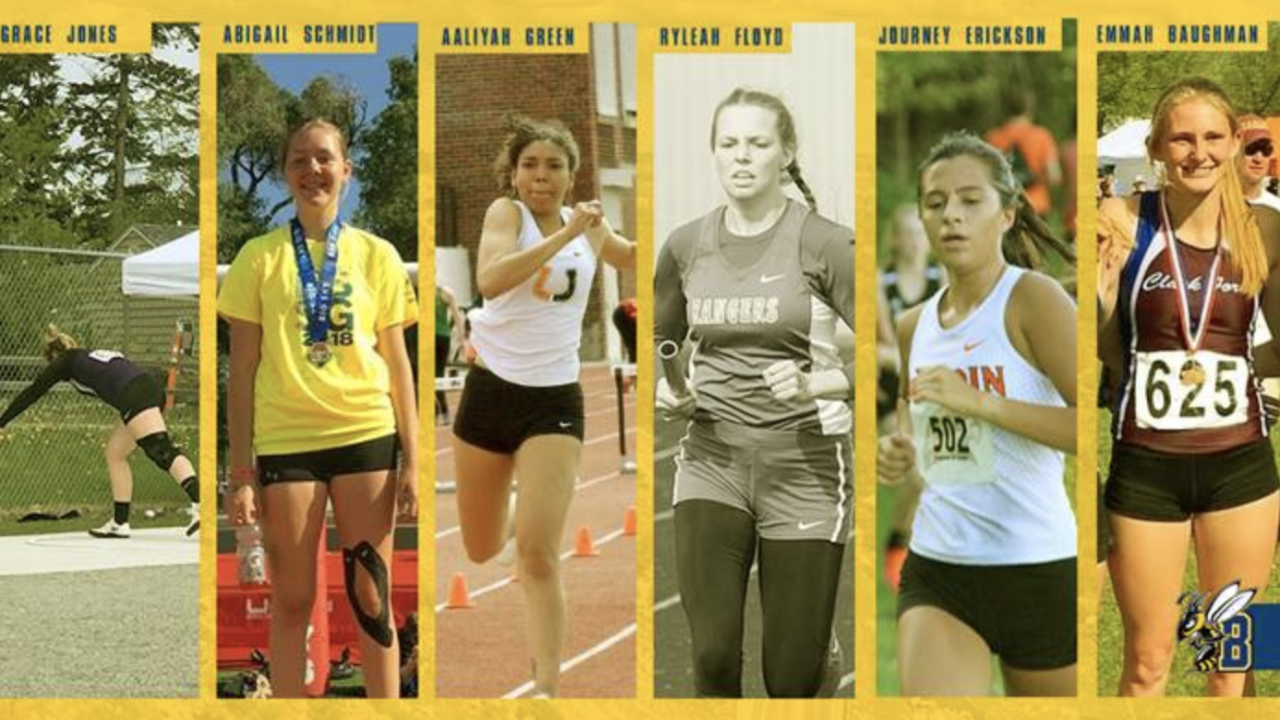 “With the momentum our team built through our last Indoor track and field season and the great energy our incoming class is bringing, I am looking forward to getting to watch our team compete this school year,” commented Woehl. “It will be fun to be a part of the process of seeing our team come together and compete at a high level.”

The COVID-19 pandemic forced the suspension of all track and field competition until at least December 1, but the Yellowjackets roster figures to be heavy on returners with more than a dozen newcomers when student-athletes return to play. Erickson will become a multi-sport MSUB athlete as a rostered member of the MSUB track and field team as well as triathlon. Green is a local talent who competed in long jump and triple jump at Billings Senior High School. After a shortened spring season of prep sports due to the health crisis, she chose the Yellowjackets to continue her athletic career.

Baughman joins the Yellowjacket as a true freshman having excelled in track and field at Alberton High School for the Mountain Cats in Montana Class C. A capable short distance sprinter, Baughman took home all-state and academic all-state honors. She set team records in the 300-meter hurdles, 100-meter hurdles, and long jump. Baughman is a well-rounded athlete and was team captain in both volleyball and basketball. She totaled 13 total varsity letters won between three-sports.

Coach Woehl on Baughman: “I am excited to have Emmah coming and have her joining our growing hurdle crew.”

Baughman on choosing MSUB: “I chose MSUB because it is a small school like my high school and I really loved the people I met there and the environment of the school.”

Erickson was a three-sport athlete at Hardin High School and earned letters in track and field. She was named captain of the cross country team as a sophomore as well as team most inspirational player. She helped the Bulldogs to four cross country state championships and holds a personal best 5,000 meter time of 19:53.12. Erickson is an excellent student and was named academic all-state with a 4.0 grade point average.

Floyd was a well-rounded athlete at Park High School and competed in track and field, basketball, volleyball, and softball for the Rangers. She won two letters under head coach Ben Hahn and was named academic all-state on two occasions. She brings sprinting experience to MSUB and holds a 300-meter hurdle personal best time of 53.76 seconds. She may also have a chance to compete in relay events.

Coach Woehl on Floyd: “Like several other newcomers, she has competed in multiple sports during high school and I feel that will be a great strength as we focus on improving in track and field.”

Floyd on choosing MSUB: “I chose MSUB because I grew up playing tournaments in the sports facilities and loved the environment. I’ve also had multiple friends and family member attend MSUB and they love it there.”

Green participated three years in high school in track and field at Billing Senior and won one letter under head coach Jerry Weik before her senior year was cut short. She specialized in long jump and triple jump and was named most outstanding field athlete as a junior. Green is a good student and a member of the National Honors Society.

Coach Woehl on Green: “She joins a competitive and growing jumps squad that should push each other to set PRs and school records in jumps.”

Green on choosing MSUB: “I wanted to be close to my family and community and have another shot in the sport I love the most. When I lost my senior season to school closures, I knew I needed to keep going and pursue track in higher education. I am so grateful for the opportunity.”

Jones chose track and field over basketball and golf and will continue her career as a thrower for the Yellowjackets in 2020-21. The Helena native participated in the sport for two seasons under head coach Sara Layng and won one letter. She was an all-conference selection in track and field and captain of the women’s basketball team.

Coach Woehl on Jones: “Grace is an all-around strong athlete having competed in basketball, golf and track and field during high school.

Jones on choosing MSUB: “I grew up in Helena, but the place I spent the most time was Billings. I have a ton of family in town and watched MSUB basketball and softball games as a kid. I always felt it would be so awesome to one day be a Yellowjacket. When choosing a college, I kept thinking about becoming the type of person I used to look up to as a kid.”

Schmidt was a four-sport athlete in Montana Class C at Custer Schools, home of the Rebels. In track and field, Schmidt competed in high jump and javelin and earned four letters. She qualified for the state meet as a freshman and improved to a third place finish in high jump in Montana as a sophomore. She also placed at the district meet three years and at divisionals in 2018.

Coach Woehl on Schmidt: “Looking forward to having Abby on the team and being able to work with our coaches as I think she has a ton of potential in high jump and javelin.”

Schmidt on choosing MSUB: “I chose MSU Billings because I fell in love with the campus and atmosphere.”