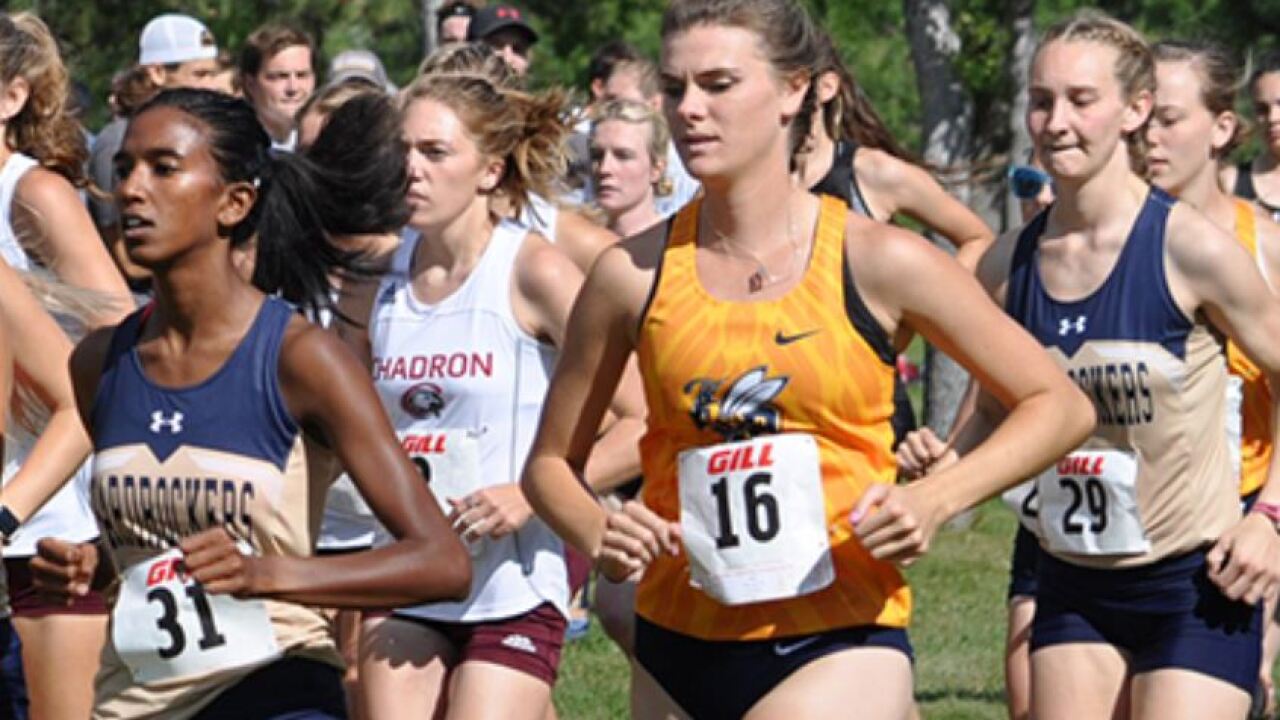 BILLINGS – The Great Northwest Athletic Conference announced its athletes of the week on Monday, including MSUB's Nikki Aiken (Belgrade) in women’s cross country and Jessy Martin in men's soccer.

“Nikki had a great week,” commented head coach Jon Woehl. “She has worked really hard over the past five years both in the classroom and on the course. This is definitely one of the payoffs for all her hard work. She ran a good race on a tough course and there was good competition in Rapid City. She led the race the entire time with the chase pack not far behind. It’s a hugely exciting for our team because only one person can win the race. It’s special and a good way to start the year.”

Though this is her first time winning GNAC player of the week for cross country, Aiken did earn a similar award in January 2018 for indoor track and field competition. Aiken has also been awarded academic all-conference for both cross country and track and field. She is the first MSUB athlete to win a cross country race since 2014.

Martin made a large impact in goal for the Yellowjackets in the SFU Showdown Tournament and made 10 saves versus No. 2 Cal Poly Pomona Saturday.

Martin allowed just a single goal and helped preserve a 1-1 tie after two overtime periods against the No. 2 ranked team in all of NCAA Division II. Martin’s save breakdown included five in each of the first two halves of regulation, followed by one save in overtime.

“Jessy was a big part of our good performances last week in Vancouver,” commented head coach Thomas Chameraud. “He kept us alive in both games especially against No. 2 Cal Poly Pomona, and this is what we expect from him. He knows that he still has a lot work to do in order to be where we want him to be, but he is definitely moving in the right direction. We have a good group of goalkeepers with Kolten and Aleks. They push each other at practice in order to get better individually with the goal to make our team more solid defensively, and it pays off.”

Before coming to MSU Billings, Martin spent time at a high quality soccer academy in his native France. His 10 saves against Cal Poly Pomona were the most in a single game for an MSUB goalkeeper since Kevin Petriz made 11 saves against Westminster in 2001. More recently, Ludvig Rhodin made nine saves in October, 2018 against Western Washington.