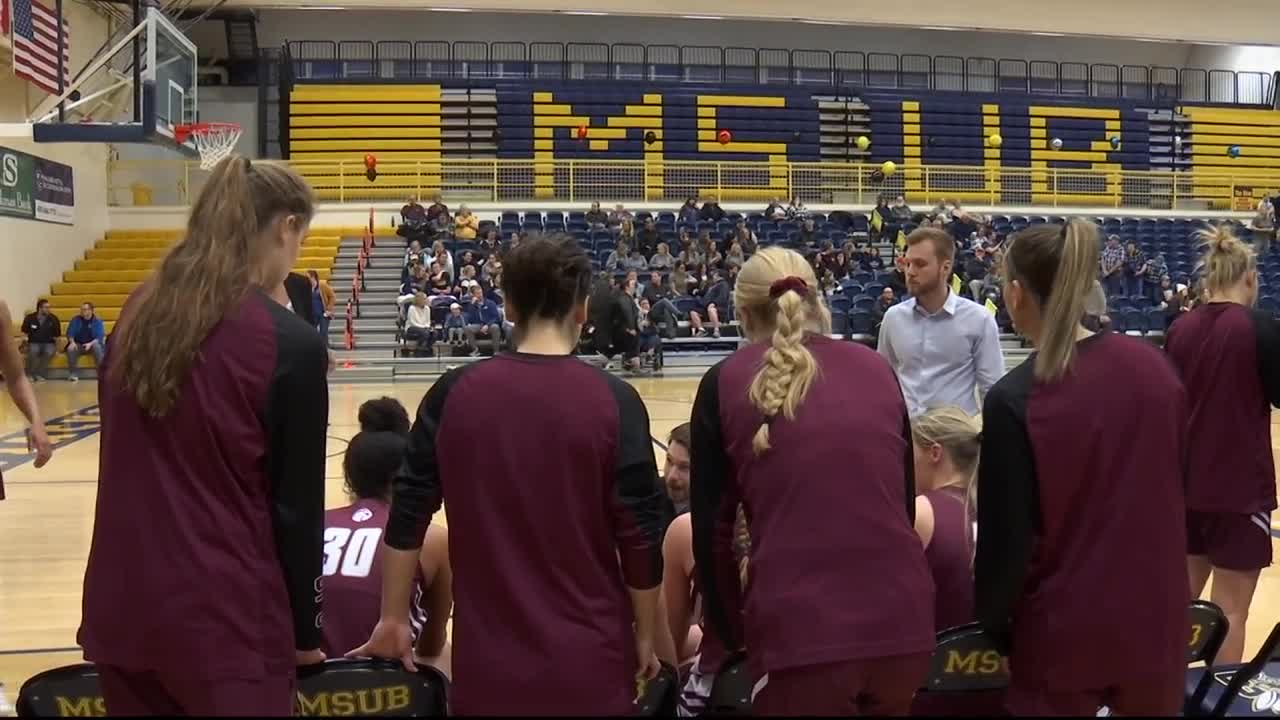 Hailee Bennett led the Falcons with 18 points and shot 4-for-8 from long range (6-for-12 overall). SPU also out-rebounded MSUB 37-30 and scored 23 points off the bench in contribution to the road victory.

“I thought SPU executed very well down the stretch tonight,” said MSUB head coach Kevin Woodin. “Give them credit, their players stepped up and made big shots in the final quarter. SPU’s ability to make 3-pointers was another key factor tonight.”

The Yellowjackets (9-9, 4-5 GNAC) fell into a tie for sixth place in the conference standings and plays Saint Martin’s University (9-7, 4-5 GNAC) Saturday night at Alterowitz Gymnasium. The Falcons (6-12, 4-6 GNAC) have now won three of their last four.

MSUB began the game slowly but rallied for an 18-18 tie at the conclusion of the first quarter. In the second quarter, Lemelin looped in a 3-point shot as time expired to give the ‘Jackets a narrow 31-30 advantage at halftime. The teams traded baskets in the third quarter and it remained a one-possession game for a majority of the final 10 minutes. Bennett helped Seattle Pacific finally draw separation 64-60 after hitting a 3-pointer with one minute, 28 seconds left in the contest.

The ‘Jackets then struggled on back-to-back offensive chances and sent SPU to the line in the final minute trailing by four. Bennett and Madi Hingston knocked down five of six free throws to keep MSUB at bay.

Seattle Pacific shot 10-for-20 (50-percent) from beyond the 3-point line. Bennett and Bayley Brennan each made four long-range jumpers for the Falcons.

The Yellowjackets committed six turnovers, compared to 16 for Seattle Pacific. Shelley grabbed 10 rebounds and shot 6-for-21 from the field with one 3-pointer. Taylor Cunningham pitched in 12 points and three rebounds and shot 5-for-12 with a pair of 3-point shots. Lemelin added three steals to her 30 steal total this season.

“Offensively, we were very inconsistent and had too many droughts within the game,” Woodin said. “I was happy we limited our turnovers to a season low of six but to only get 8 offensive boards on 40 misses is really the main reason we lost. We also struggled from the foul line too.”

The Yellowjackets are 6-2 at home with losses to Western Washington and Seattle Pacific. They can split the weekend series with a win over Saint Martin’s Saturday at 7:30 p.m. MSUB plays Seattle Pacific again at Brougham Pavilion on February 22.

“We need to regroup and play better on Saturday,” Woodin said. “Saint Martin’s has been playing well lately and represents a tremendous challenge for us.”

In the late game, MSUB's men fell to Alaska Anchorage 81-80. The Seawolves hit a layup with 2.7 seconds left for what turned out to be the game-winner. MSUB's inbound pass was stolen to ice it for Anchorage.

In a game that featured six ties and 11 lead changes, the two teams fought back and forth with the largest lead belonging to MSUB (8-9, 3-6-GNAC) at 16-9 only five minutes into the game. A steal by senior Tyler Green led to a thunderous Stevie James dunk to put an exclamation point on the first half and give the ‘Jackets a 41-38 led heading into the locker room.

The Yelllowjackets jumped to an eight point lead early in the second half but could not stretch it far beyond that. It was not until the 12 minute mark that MSUB was able to push their advantage to double digits going up by 11 on a Brendan Howard layup.

Ever the fighters, the Seawolves (13-8, 6-4 GNAC) clawed their way back into the game tying MSUB at 71-71 with 5:35 remaining. A Yellowjacket turnover followed by a three point shot form Tobin Karlberg gave UAA their first lead 74-71 with 5:05 left.

Counter punch after counter punch, both teams would take the lead and then lose it only to end up knotted at 79-79 with 1:15 left in regulation. A free throw from Zharon Richmond gave MSUB the one point advantage 80-79 and what happened next can be chalked up to a series of unfortunate events.

The Seawolves had the ball with 26 seconds left after forcing an MSUB turnover, and would proceed to collect four offensive rebounds in a row before converting a layup with 2.7 remaining to go ahead 81-80.

An anxious crowd hushed wondering if they would be witness to another miracle ending reminiscent of the buzzer beating shot by Green just a few weeks ago. Sadly, UAA tipped the inbounds pass and collected the ball to run the clock out and escape Alterowitz with a critical victory.

The loss drops MSUB to 3-6 in the GNAC with 11 conference games left. Every game is becoming more crucial as the season ebbs towards March and the GNAC Conference Championships.

“I thought we did a lot of things well tonight”, said head coach Mick Durham. “We shot well, rebounded well and competed on defense. We were too loose with the ball and committed too many turnovers. Even so we had a chance to win in the end.”

Perhaps the critical stat of the night was turnovers. UAA only committed 10 and forced 24 Yellowjacket turnovers. Off the 24 turnovers, UAA scored 32 points. The Seawolves bench also out played MSUB’s to the tune of 30 points to eight.

Individually, MSUB’s big three was paced by Richmond who led all players with 25 points and 10 rebounds on his way to a double-double. Howard finished with 19 points while Green added 14 points, six rebounds and six assists.