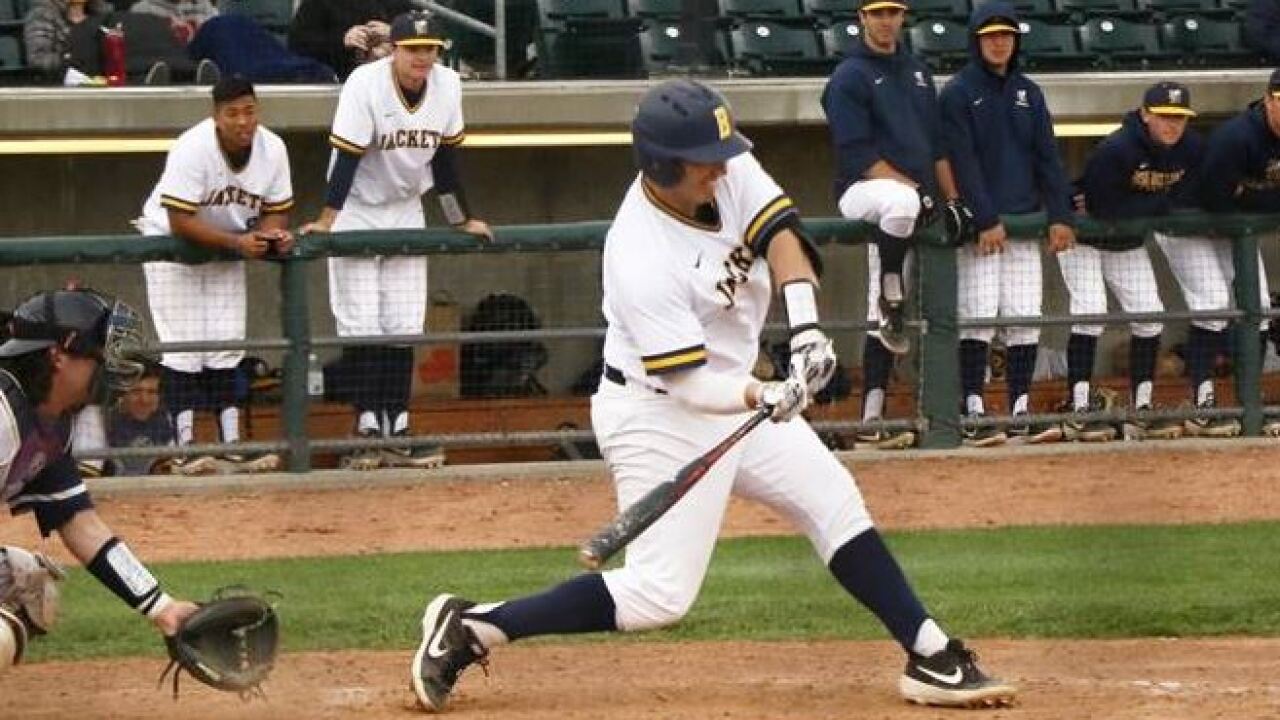 PORTLAND, Ore. – After being named the Great Northwest Athletic Conference Player of the Week on Monday, Montana State University Billings senior Daniel Cipriano has been named the National Collegiate Baseball Writers Association West Region Player of the Week announced by the organization on Thursday.

Cipriano was the catalyst for the Yellowjackets in a three-game sweep over Colorado School of Mines at Pirtz Field last weekend. He finished with eight runs scored, six hits, 10 runs batted in, three home runs, one double, and three walks. Cipriano also connected for a grand slam in a 21-11 win over CSM Friday.

“What a well deserved honor for Daniel Cipriano,” commented MSUB head coach Derek Waddoups. “He not only had a great week of baseball but he also leads those around him and makes them better as well. He had an outstanding performance against Colorado School of Mines and stepped up in clutch situations for our team.”

Cipriano claimed West Region Player of the Week for the second time in his career at MSUB. Last season he collected the award on March 5 and the Yellowjackets won five West Region weekly honors. Cipriano’s selection is the first of this season.

After his selection as a second team all-American, GNAC player of the year, and newcomer of the year last season, Cipriano is off to a tremendous start at designated hitter for the 'Jackets in 2020. He holds a .385 batting average with a team high 17 runs batted in on 15 hits with four doubles, five home runs, and three walks.

In game one Saturday, the senior went 2-for-3 with six runs batted in, a double, a home run, and two walks. The following game, Cipriano went 2-for-3 again with three RBI, two home runs, and a walk. Cipriano finished 2-for-4 on Sunday afternoon with a run batted in and two runs scored.

MSUB (8-2, 0-0 GNAC) takes a three-game sweep of Colorado School of Mines into this weekend’s four game series at Western Oregon University in Monmouth, Oregon. Doubleheaders are scheduled to start at noon Pacific time on Saturday and Sunday, and live statistics will be available for all four games through the MSUB Stretch Internet Portal online here. [portal.stretchinternet.com]