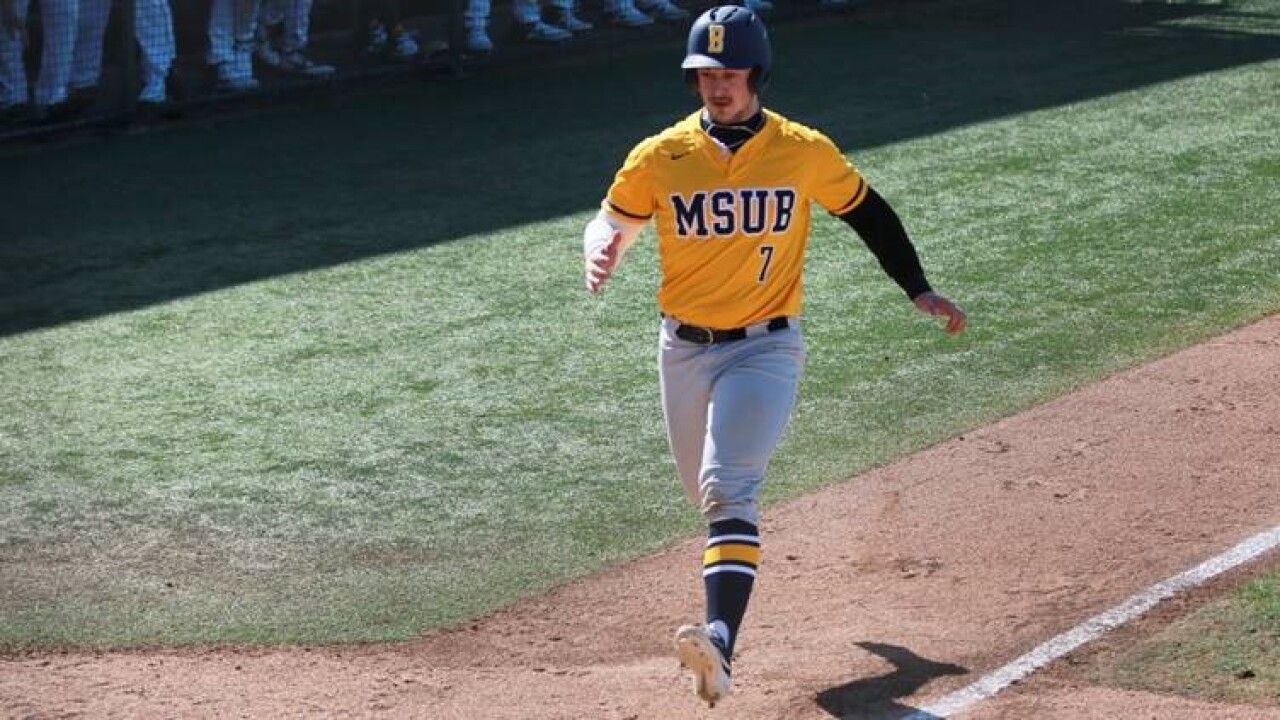 PORTLAND, Ore. – The Great Northwest Athletic Conference office has named MSUB senior Tanner Cantwell conference player of the week in an announcement Monday after the ‘Jackets played a three-game set at Saint Martin’s University. After redshirting last season, the Eugene, Oregon native is off to a blistering start to his 2020 campaign at the plate and became the third player to earn the distinction this spring, following teammates Matthew Houlihan (February 4) and Daniel Cipriano (February 17, February 24).

“Cantwell has been impressive at the plate all season and he takes a real professional approach to his at bats,” said MSUB head coach Derek Waddoups. “His ability to be patient and take what the pitcher gave him lead to a great weekend of baseball. He also helps our defense with an ability to pick the ball at first base.”

Against the Saints, Cantwell went 7 for 12 with two home runs, six runs batted in, four doubles, and three runs scored. In game one, he hit a two run home run to help the ‘Jackets win. Then in game two, he doubled and scored a run. In the series finale, Cantwell posted an impressive 4 for 4 day with three doubles, one run scored, four runs batted in, and a solo home run.

Cantwell currently ranks second on the team with a .367 batting average and .700 slugging percentage. He is one of four players to start all 17 games and has 22 hits, a team leading eight doubles, and four home runs. He trails only last week’s West Region Player of the Week Daniel Cipriano with 14 runs driven in.

Within the conference, Cantwell sits sixth in individual batting average, third in slugging percentage, seventh in runs scored, and fourth in runs batted in. He is currently tied with Connor McCord (Western Oregon University) for the league lead in doubles (eight) and tied for third in home runs.

The Yellowjackets (11-6, 3-4 GNAC) return home this week to host Central Washington University at Dehler Park. Doubleheader are set for Friday and Saturday with first pitch at 1 p.m.