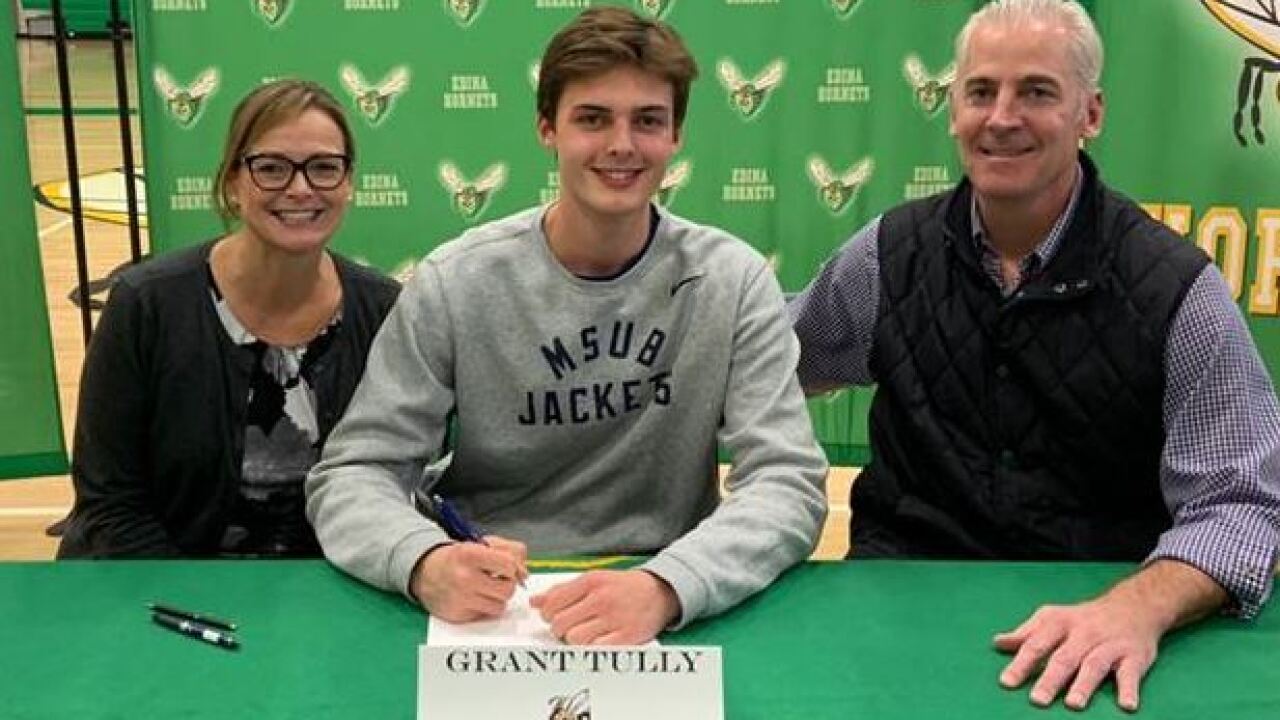 The 6’6” forward from Edina, Minn., is a multi-sport athlete earning letters in basketball and football for the Edina Hornets. Tully scored a game high 24 points last season.

“Grant is a great young man and a great student,” said head coach Mick Durham. He is in an excellent program at Edina and played more of a reserve role his junior due to the programs depth, but is expected to be a major contributor this season. He is a very driven and determined individual and we are excited to add a young forward to our program next season.”

Tully is familiar with state of Montana with family in and around Billings, which was an influence for committing to MSUB.

“I chose MSUB because of the basketball program, the coaching staff, the players and the potential the team has in the next four years,” said Tully. “The location was very important to me as well as I have family that live in Billings and 45 minutes south.

The Yellowjackets had their first winning season in six years with Durham at the helm. The team also qualified for last week’s GNAC tournament quarterfinals as a No. 5 seed but fell to No. 4 seed and region qualifier Western Oregon 79-72 in Bellingham, Washington.