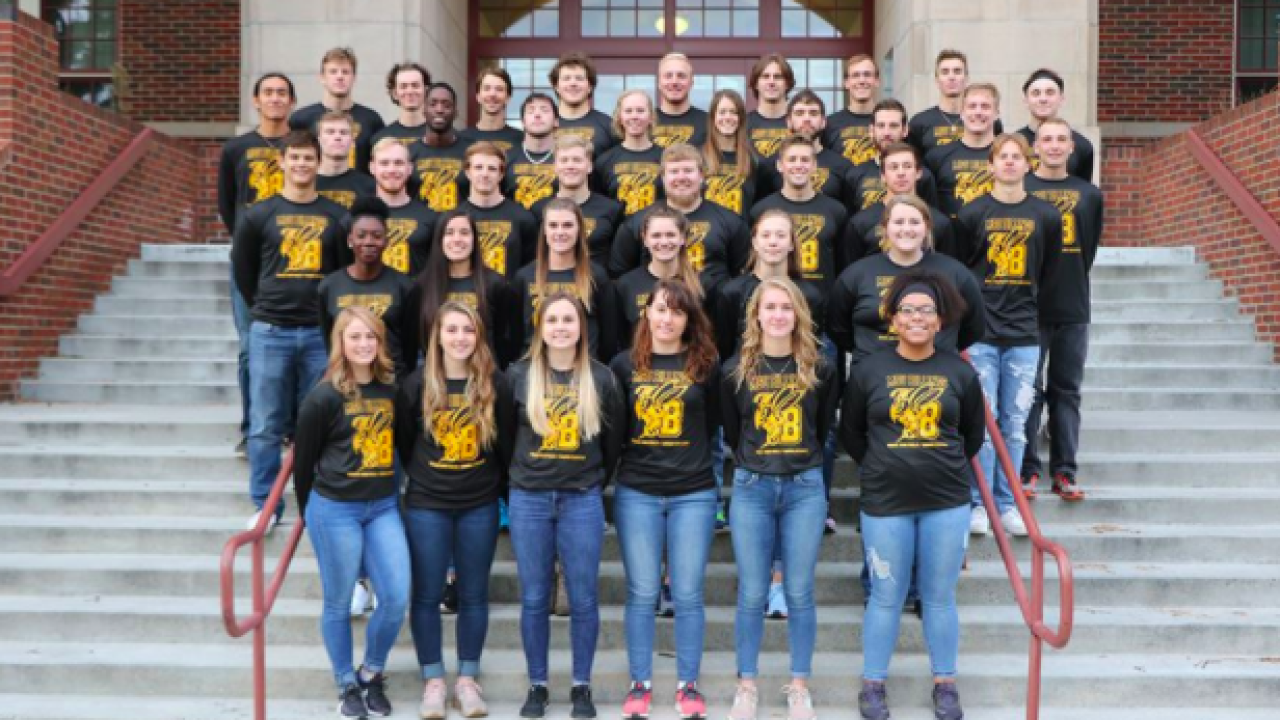 "With each addition to our team, I'm excited to see our team growing and getting better," said Woehl. "I can't wait until we can start working out as a team next fall."

The Fort Benton High School standout joins MSUB after a very successful high school career while participating in the triple and long jump. A three time all-State selection, Axtman surely would have been named for a fourth time if not for the COVID-19 outbreak.

As a freshmen she helped the Longhorns win a state championship followed by a second place finish at state her sophomore year and a third place finish her junior season. She broke the school record in the triple jump twice leaping 35'6".

Coach Woehl on Axtman: "Nicole is an accomplished jumper in all three jumping events and comes from a strong High School Track & Field program in Fort Benton."

Axtman on choosing MSUB: "I chose MSUB because it is close to home. I have some friends on the team and they love it. The school and athletes seem to have a great vibe."

An accomplished runner through and through, Bailey is a two-time all-conference selection in the 4x400 meter relay. He ran a 53.4 second split on his leg of the 400 meter relay last year. He has been named Big Sky High School's middle-distance runner of the year. Bailey's top mark in the 800 is 2:05 and he finished a 5K race in 18:40.

Coach Woehl on Bailey: "Jackson brings a great passion and enthusiasm for running and I'm looking forward to having him join our Cross Country and Track & Field squads."

Bailey on choosing MSUB: "I chose MSUB because I believe it will be a great fit for me. I am excited to attend the Business school and be a Yellowjacket!"

Coach Woehl on Burd: "Justin is a strong 400 and 800 runner. I'm looking forward to him joining our middle distance crew and competing immediately for a leg on our Men's 4x4 relay."

Burd on choosing MSUB: "I chose MSUB because I am looking forward to competing at the collegiate level."

Coach Woehl on Glessner: "Marley will be a great addition to our sprint squad. She's worked very hard over the last year to prepare to compete in college by running cross country this past fall for the first time and then training all winter with Mountain West TC."

Glessner on choosing MSUB: "I chose MSUB not only to continue my track career but to further my eduction. My heart is set on being a registered nurse in Montana. The thought of attending to others who are in need of assistance is attractive to me and something I know I will excel at with patience and warmth. Overall I am looking forward to being part of a community that is welcoming and caring such as MSUB."

Earning letters in football, cheer, wrestling and track, Guisti joins MSUB as an explosive, well rounded thrower. He took home third place at state his junior year in the shot put and carries a personal best 48'4". His personal best in the discus is 144'1". Guisti is also a three time all conference and all-state selection while playing football for the Panthers and was invited to play in the East-West Shrine game.

Coach Woehl on Guisti: "Coen joins us from Jefferson HS following in the footsteps of Janessa Williams and Rahkei Eyer. He's a strong and quick thrower and I'm looking forward to him working with Coach Goosman and his new teammates."

Continuing the well-rounded multi-sport athlete trend of this signing class, Klein earned letters in football, basketball and track. He took fourth in the 4B district championships as a Javelin thrower. Klein is a four time academic all-state selection in football, basketball and track so combined, Klein has been named to 12 academic all-state teams.

A first team all-conference linebacker for the Panthers, Klein was awarded the most dedicated weightlifter his sophomore year.

Woehl on Klein: "Ryder specializes in javelin but will be working on all the throws. Talking with his high school coach, Mr. Cummings, he has tons of potential and loves to get after it in the weight room."

Klein on choosing MSUB: "I chose MSUB because I am getting the opportunity to continue with my track and field career, as well as obtain a quality education. Go 'Jackets!"

The Wyoming native comes to MSUB after a successful high school career earning letters in track, volleyball and basketball for the Sundance High School Bulldogs. In track, Pollat was named team captain and earned all-state recognition her junior year. She holds the school record in shot put with a throw of 38'5".

Woehl on Pollat: "Joleen is highly motivated as a student and as an athlete and joins fellow Sundance native, Forrest Cross. Like all of our new recruits, I can't wait until we can all get back to work this fall and see the positive impact she has on our team."

Pollat on choosing MSUB: "I chose MSUB because it was the best choice for me. It offers the field of study I want to pursue and will provide the best opportunities for me."

Another multi-sport athlete, Ullmer brings the brains to back up his athletic skills. Earning letters in track, cross country and basketball for the Bainville High School Bulldogs, Ullmer is an all-state selection in cross country, team captain for the basketball team and most valuable track athlete. He took 13th place at state in cross country and is a member of the 4x100m relay team that broke the school record.

Woehl on Ullmer: "Carson like several of his new teammates is a 3 sport athlete, having competed in Cross Country, Basketball and Track & Field. We're looking forward to having him join our team and focus on the hurdles and jumps."

Ullmer on choosing MSUB: "I chose MSUB because it offered everything I wanted in a college to further my education while continuing to participate in track and field. The size of the campus and the population attending also fit my preferences. The people I met while on my visit showed me that the people at the institution were good, honest people, and this stood out to me. MSUB has everything to offer in my preferred college, from academics to athletics, and I am eager to advance in both of those subjects."

Earning letters in track, volleyball, basketball and soccer for the Worland High School Warriors, Wassum only competed in track for a single season but found great success. Her junior year of high school she was a regional and state champion in the 100m and 200m dash. She is also a former all-state selection in volleyball and all-conference selection in basketball.

Woehl on Wassum: "Kait is truly a competitor in the classroom and on the track. She had a great season of Track last spring winning two state titles in 100m & 200m dash, and we're excited to have her be a Yellowjacket this coming school year."

Wassum on choosing MSUB: "The task ahead of us is never as powerful as the force behind us. Ralph Waldo Emerson."