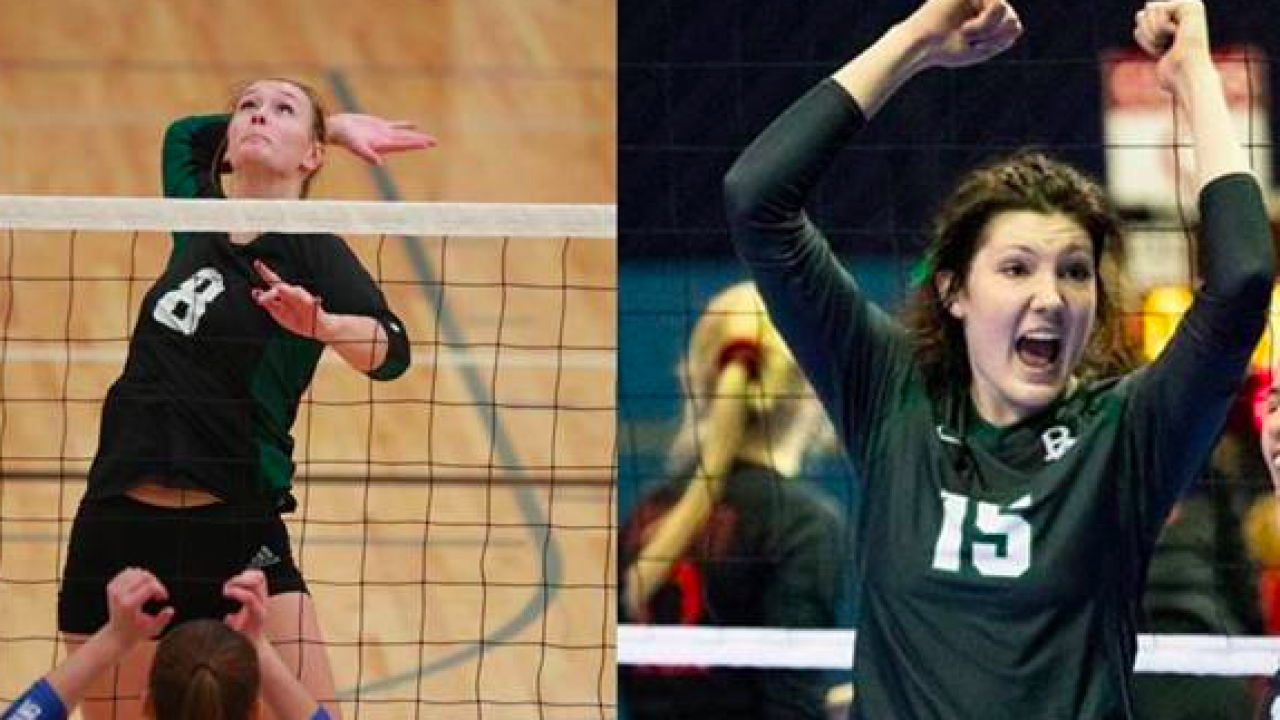 BILLINGS – Bringing the offseason total to seven recruits, Montana State University Billings head volleyball coach Casey Williams announced the signings of Carlyn Whitney and Rilee Hohbein for the 2020-21 season on Wednesday. Whitney joins the team as an outside hitter after completing high school at Billings Central Catholic this spring. Hohbein brings experience, adds depth at middle blocker, and is a Minnesota native. The Yellowjacket fall roster now stands at 16 players.

Whitney was a two-year volleyball participant at Billings Central Catholic High School and played under head coaches Jeff Carroll, Sue Dvorak, and Kylie Reitz. She held a .215 hitting percentage and averaged four service aces per set. Whitney also used her height to make .625 blocks per set, leading to her selection as team most valuable player. Whitney is a good student and was named academic all-state on two occasions.

Coach Williams on Whitney: “Carlyn is a great local talent. She has been someone that we have had our eye on for a couple years and I am excited that she has decided to become a Yellowjacket.”

Whitney on choosing MSUB: “I chose MSUB because I wanted to stay in Billings and focus all my energy on academics and athletics. When I saw the team play last year, they looked like they were having fun. The team has amazing synergy. Coach Williams is talented and kind and I think she can improve my game.”

Hohbein played two seasons of junior college volleyball in central Minnesota for St. Cloud Technical and Community College before signing to join the Yellowjackets. In her time in St. Cloud, she earned all-conference and all-region and leaves with the program record for career hitting percentage.’

Prior to college, Hohbein earned three letters for Holdingford Junior Senior High School. Among prep accolades, she was Morrison County Player of the Year (2017), Team Most Valuable Player (2016, 2017), Second Team all-conference (2016, 2017), and team captain. She holds the single game school record for most kills in a match (25).

Coach Williams on Hohbein: “Rilee comes to the program with two years of experience and leadership under her belt. She is a great athlete that will provide us a lot of depth in the middle position.”

Hohbein on choosing MSUB: “I chose MSUB before even visiting campus. From the second I talked to Coach Williams, I had a feeling that MSUB was meant for me. It was definitely a big jump to take, but I am so excited for this new adventure. I am also so grateful to continue my education and play the sport I love.”