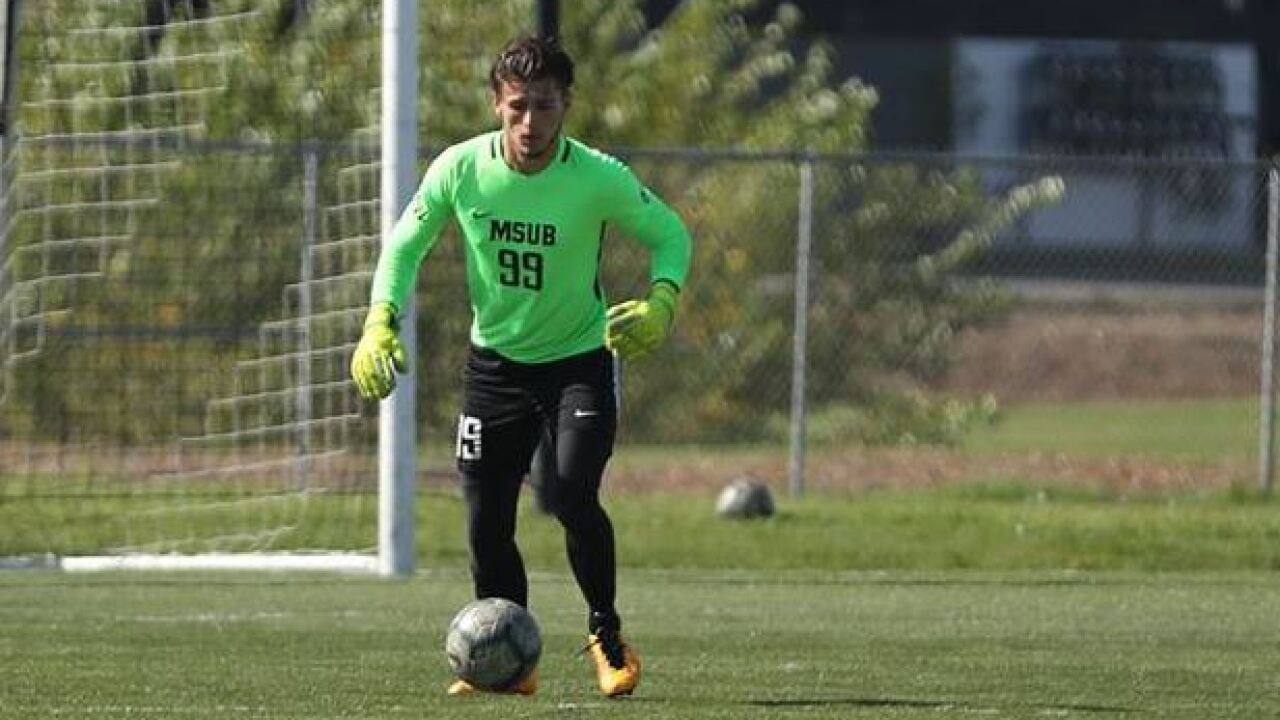 Perez made a large impact for the Yellowjackets off the bench in the Rimrock Classic tournament on Sunday with two goals against South Dakota School of Mines and Technology, helping MSUB to its first victory of the regular season 4-0.

“What a performance for Andres against South Dakota School of Mines,” commented head coach Thomas Chameraud. “He came off the bench and scored two goals and had an assist. That is the kind of character that we expect from our players coming off the bench. Andres has found that confidence in front of the goal and now he doesn’t need too many chances to score. It’s no secret, hard work pays off, and Andres always shows up at practice ready to improve. On top of that he is a great teammate who always has a smile on his face. We are very happy for him.”

Sunday’s contest marked Perez’s second career multi-goal game, with the other coming last season against Saint Martin’s University. Perez has six career goals and two assists for 14 points in his two season with the Yellowjackets. He played in 16 matches as a freshman and earned eight starts. He also played a career high 90-minutes against SMU in October, 2018.

Perez joins teammate Jessy Martin as the first men’s soccer players of the fall to win GNAC player of the week, though Perez is the first offensive player to tab the distinction.

Martin made three saves in the contest. Martin made an additional five saves against Humboldt State University on Friday for a weekend total of eight.

It was another solid week for Jessy,” commented head coach Thomas Chameraud. “First clean sheet of the season for him, which should give him confidence for our upcoming games. He has been practicing hard but we know he can still bring his level up, so Tom Lohmann our assistant and goalkeeper coach will challenge our goalkeepers this upcoming week in order for them to have a strong performance against Eastern New Mexico University and University of Mary.”

Before coming to MSU Billings, Martin spent time at a high quality soccer academy in his native France. His 10 saves against Cal Poly Pomona were the most in a single game for an MSUB goalkeeper since Kevin Petriz made 11 saves against Westminster in 2001. More recently, Ludvig Rhodin made nine saves in October, 2018 against Western Washington.