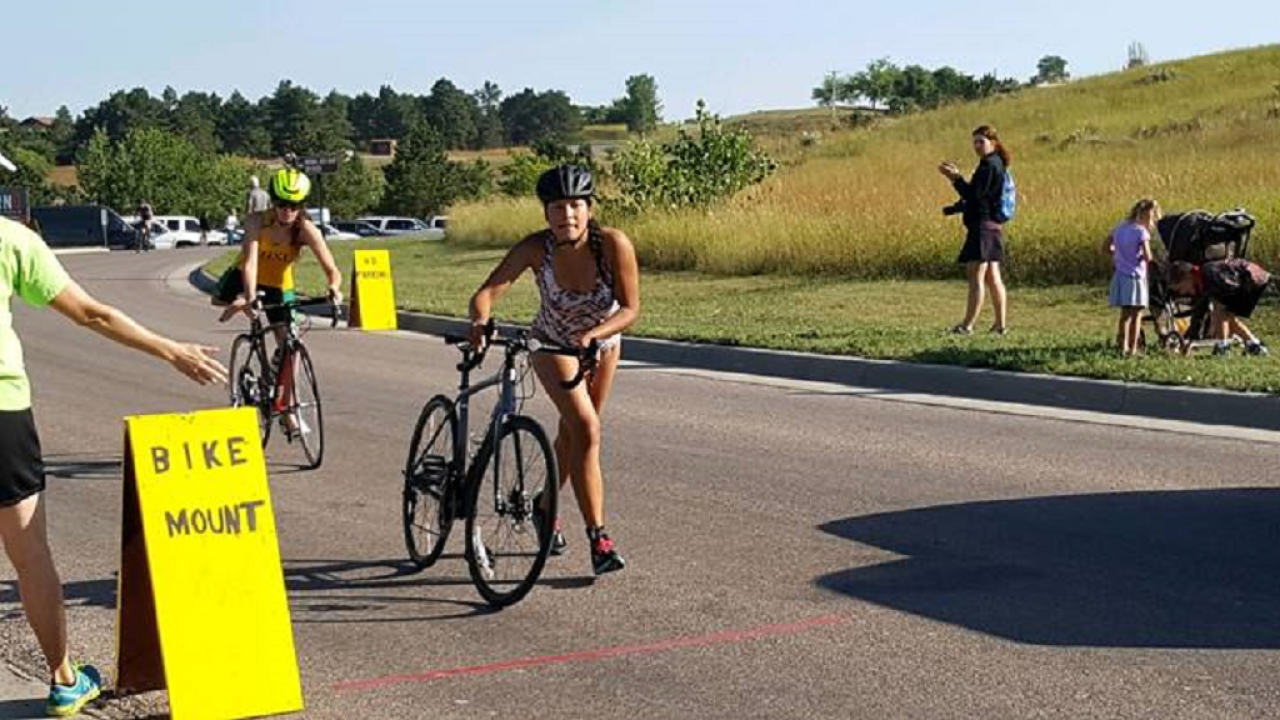 “Madisan struggled a bit last week with her transitions, especially her first swim-to-bike transition [abbreviated T1],” said head coach Kevin Bjerke. “It was her first competition in a wetsuit, so she just struggled a bit on the swim and during T1 in particular. We made sure to focus on that this week, and it was a big improvement from last week. Overall she had a better swim and bike than last week, and another solid run with good transitions. It was encouraging to see her put together a really good complete race today.”

Including men and non-college affiliated triathletes, Chavez competed against 702 individuals and 16 relay teams on the course. While battling the top-25 women’s collegiate participants, Chavez passed over 20 men to wind up in 97th position overall.

“With both Madisan and Madalyn being new to the sport, we have spent this first month slowly putting together all of the training and technical aspects of triathlon,” Bjerke said. “Now that we have a few races under our belts and a better overall understanding of the sport, I look forward to ramping up our training volume these next few weeks before backing off a bit leading into the East Region Qualifier in a month.”

Up Next: Next month’s NCAA East Regional Qualifier will have two different races for the NCAA women with a full DI/DII field and a separate DIII race. Draft legal races are limited to a field size of 75 for safety and logistical purposes, and the DI/II race is officially full.