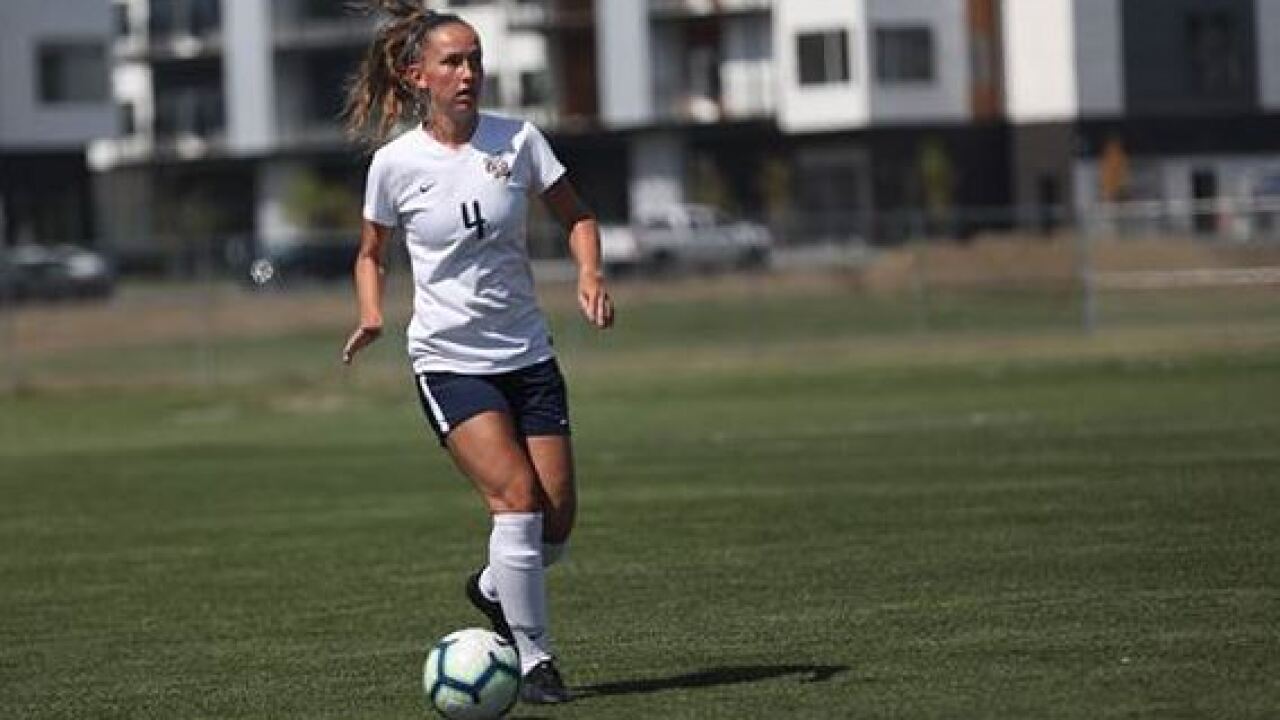 MSU Billings (0-1-1) is still seeking its first win of the season with home games on the horizon beginning Thursday. Cal State Dominguez Hills (0-1-1) earned a similar record after falling to Asuza Pacific University on Thursday at home.

“We are disappointed with today’s result because at 3-1 up with 20 minutes to go, we were in a position where we needed to see out the result,” said head coach Stephen Cavallo. “I think this is a game we can learn a lot from. I felt we didn’t win the mental game and therefore we didn’t achieve what we were capable of. For large portions of the match we played some of the best soccer I’ve seen MSUB play in my time here, but we need to sustain that consistency over 90 minutes in future matches.”

Cal State Dominguez Hills opened the scoring in the 12th minute with a goal from Haley McDevitt, but Iacolucci earned a penalty kick 15 minutes later and scored to tie it 1-1. Just before the end of the half, Julia Keller assisted on a Lindsey Meyer goal and the ‘Jackets made it 3-1 in the 57th minutes when Haley German scored, assisted by Lexie Bloyder.

The Toros ramped up their possession time in the second half and attempted six shots. In the 70th minute, Patricia Rubio-Martinez slid in a goal to get within one and Alyssa Dunphy continued with her score in the 84th minute to force overtime. MSUB sophomore goalkeeper Abby Hamilton made three saves in the first overtime period and no shots were recorded by either team in the final ten minutes of the contest, resulting in a draw.

MSUB attempted 14 shots in the game with six landing on goal. California State Dominguez Hills put up 14 shot attempts with six on goal. CSUDH led the foul count 16-8 with yellow cards issued to Karina Banda and Madeleine Simones. The Yellowjackets were issued a yellow card to Haylee Gunter and a red card to Summer Miles in overtime.

Alexa Iacolucci was named St. Vincent Healthcare player of the game for MSUB with one goal on five shot attempts.

Thursday the Yellowjackets host Carroll College at Yellowjacket Field at 4 p.m. for the home opener.