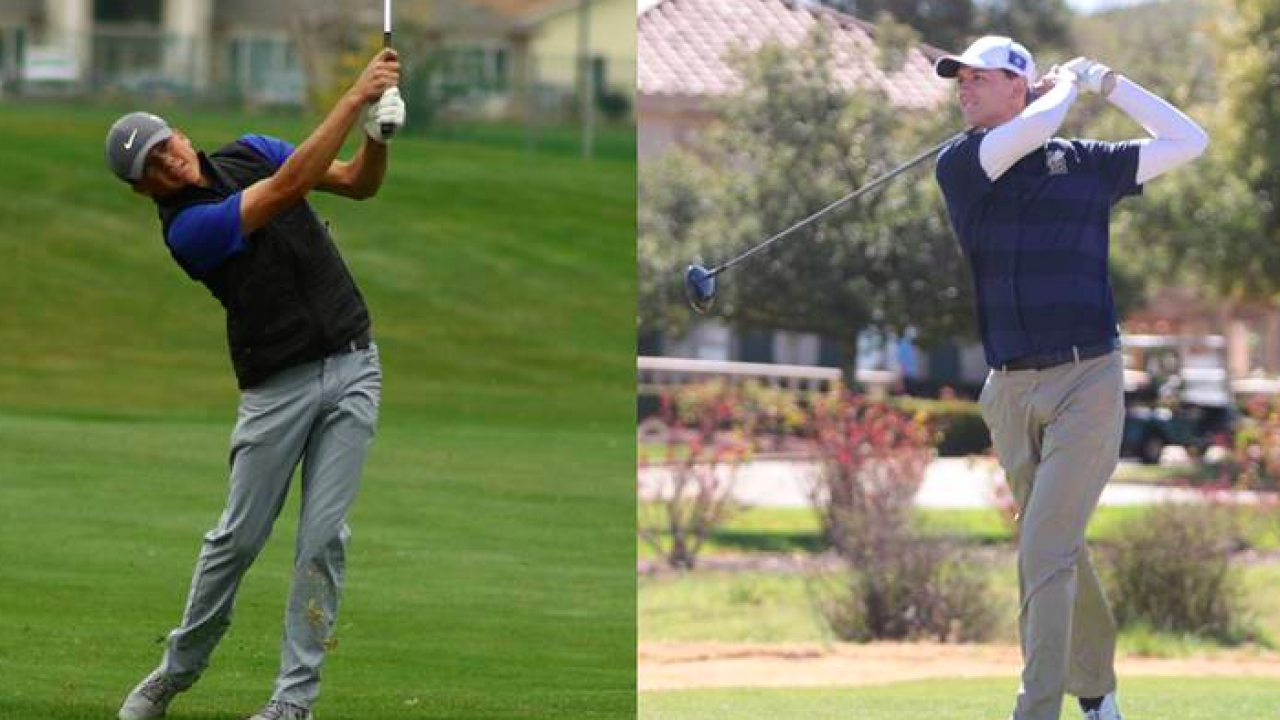 “I am extremely proud of the MSUB Golf student-athletes that were selected for this honor,” commented head MSUB golf coach Jeff Allen. “Academics is the most important part of our program and this group takes that very seriously. Being able to balance school and athletics is a challenge at times and these athletes do a great job of that.”

Kaercher, holds a 3.37 grade point average and is working toward a degree in Business Administration: Accounting. The junior played four events during amidst a shortened season and posted a season best single-round score of 79 in October. He averaged 244 strokes per event in the fall and was an academic all-GNAC selection in 2018-19.

Martin has a 3.31 GPA in Business Administration: Marketing and was a junior this season. He played one event in the fall and shot a 223 three-round score at the Concordia Invite in October.

Individuals must carry a grade point average of 3.20 or higher, be in at least their second season with their university, and compete on the course during the year in order to be eligible for academic all-conference accolades. 13 players were selected in the conference and Simon Fraser’s Ryan Stolys headlined the list with a 4.00 GPA in engineering science. Stolys was one of six selections with a 3.70 GPA or higher.

Men’s golf competition is set to resume in the fall.