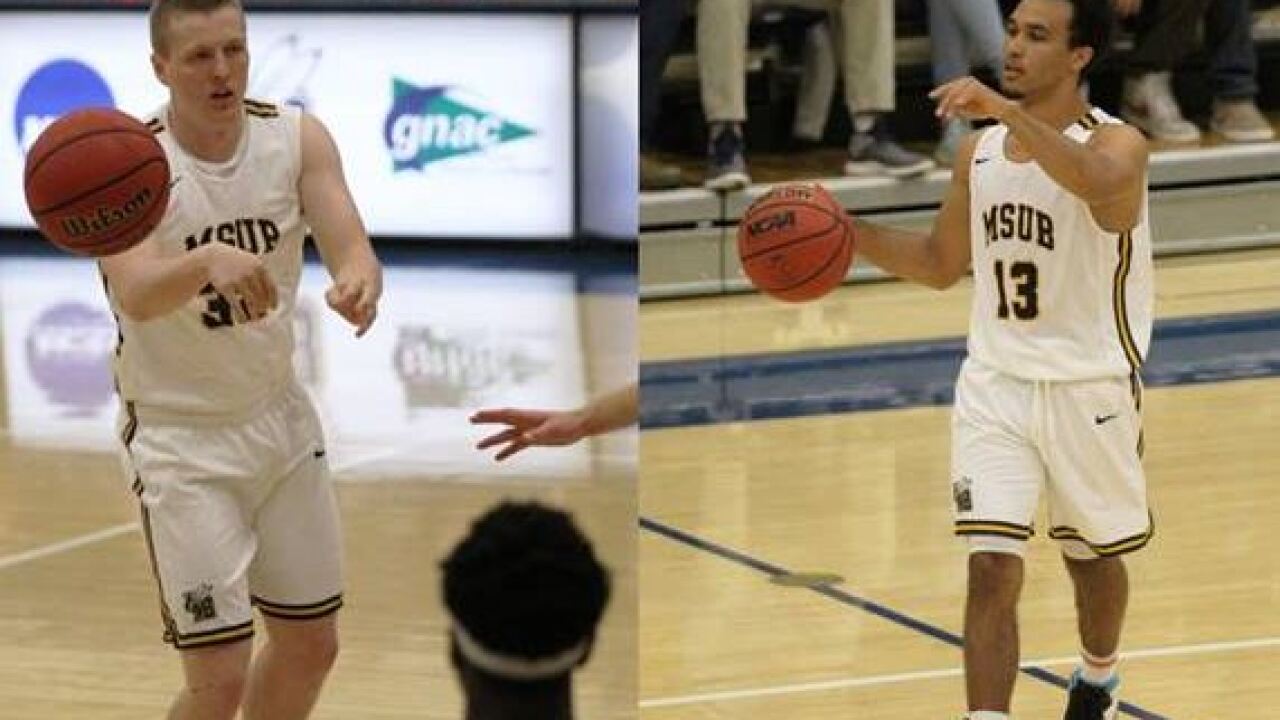 PORTLAND, Ore. – Two Montana State University Billings returners were named to the Great Northwest Athletic Conference men’s basketball preseason all-league team announced by the conference office Wednesday afternoon. Senior Tyler Green earned the distinction after he scored 15.1 points per game and led the conference with 94 made 3-pointers. Sophomore Brendan Howard was recognized after solidifying himself in the starting lineup as a freshman with 15.7 points per game, 150 rebounds, and a double-double.

Green and Howard were among 15 of the GNAC’s top men’s basketball players selected, and Howard was one of six unanimous selections on the list.

“Both Brendan and Tyler are very deserving of pre-season recognition coming off outstanding seasons last year,” said MSUB head coach Mick Durham. “They gained valuable experience last year and I am looking forward to seeing their growth this season.”

Green (Redding, California) was named second team all-GNAC as a junior last season after leading the team in points for a majority of the year. The guard earned GNAC player of the week on two occasions and scored a season high 34 points against Rocky Mountain College on December 8. After starting 29 games, Green averaged a team high 31.3 minutes per contest and marked the seventh highest total in the conference.

Green finished with the 29th best 3-point percentage among NCAA Division II players, led the Yellowjackets with 103 assists and grabbed 78 rebounds and 29 steals. Green also moved to 13th in MSUB history for career 3-pointers made with 139. He transferred to MSUB after playing one season of basketball at Humboldt State University.

Howard made an immediate impact as a true freshman for the ‘Jackets, culminating in his awards for all-GNAC honorable mention and GNAC freshman of the year. The 6-foot-6-inch forward appeared in 29 games with seven starts and played 23.5 minutes per game. Howard led the team in points per game and ranked No. 5 in the GNAC in the category. He also hauled down 5.2 rebounds and shot 53.5 percent from the field.

Howard established himself inside and took second on the squad with 62 made free throws. Howard totaled 24 assists and scored a season high 27 points against Western Oregon on February 9. Howard recorded his first double-double on January 17 against Western Washington with 17 points and 10 boards. The Great Falls, Montana native redshirted his first college season at Eastern Washington University after attending Great Falls High School.