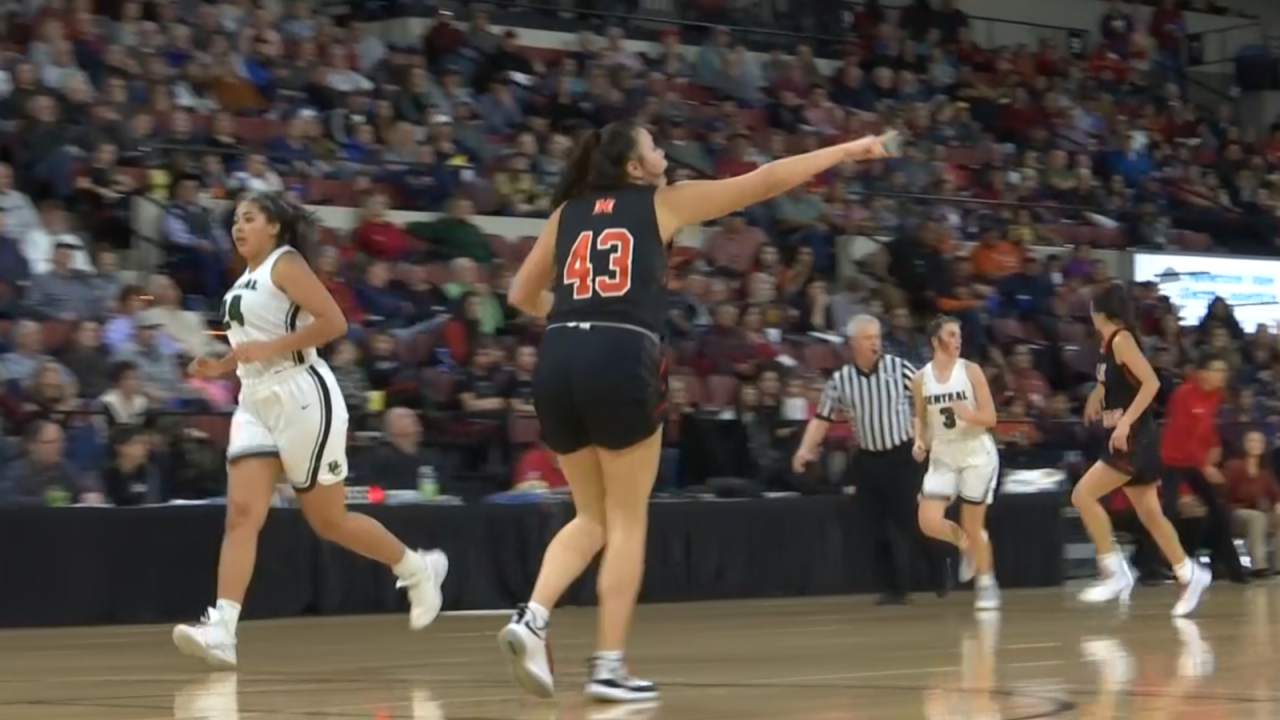 BILLINGS - Montana State University Billings women’s head coach Kevin Woodin has announced Marie Five has signed a National Letter of Intent to join the program in 2020-21. Five, from Crow Agency, Montana is listed as a center for the Hardin High School Bulldogs and joins Kortney Nelson (Scobey, Montana) and Dyauni Boyce (Winifred, Montana) as the third off-season signing for the team.

“I am very excited to have Marie Five join our MSUB women’s basketball program,” Wood said. “She is one of the premier senior basketball players in Montana. Cindy Farmer and her staff have done a great job of developing Marie and she has been a huge part of Hardin’s strong basketball winning tradition the past few years. Marie is a strong player who is effective around the basket but the more I watched her, the more I realized how good the other parts of her game are too. I am confident Marie will have an immediate, positive impact on our team.”

She scored a career best 30 points and 15 rebounds in a game and currently has 10 double-doubles with more games to play in the divisional playoffs. She averages 17.6 points per game and 9.5 rebounds per game for the Bulldogs and topped 300 points in the 2019-20 season.

Five is an all-around athlete and lettered four years in track and field as a thrower. She qualified for the state meet three times.

Five on choosing MSUB: “I chose MSU Billings to continue my basketball career mostly because it’s close to my home. People sometimes underestimate players who stay so close but what I want to do is show that no matter your distance, you can still be a leader. When I visited MSUB, everyone was welcoming and it really showed that I will have support from the school and also my family.”