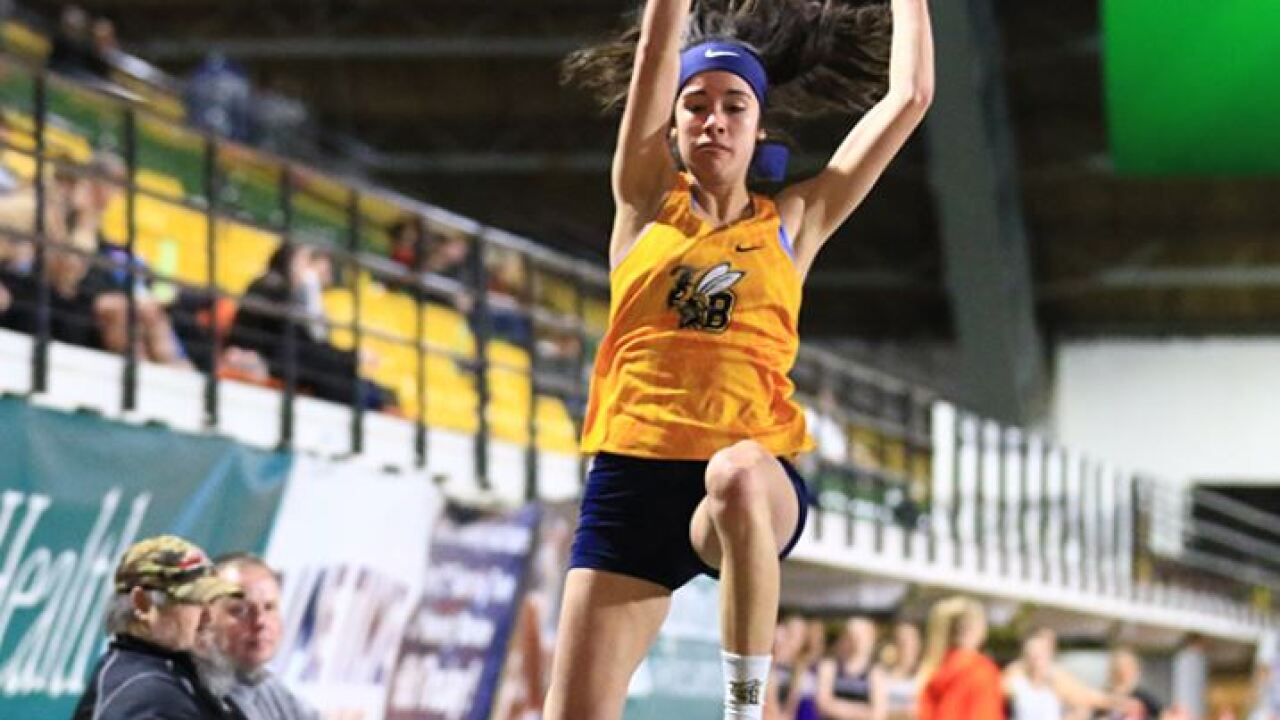 “I’m very proud of all our All-Academic selections and especially Brenna Beckett who has earned this distinction for a third time,” said head coach Jon Woehl. “We strive to translate our competitive spirit and compete in the classroom and that is exactly what these eight have done. They have all done a tremendous job balancing the demands of daily studies and training.”

Five of the eight are seniors for the ‘Jackets led by now three time recipient Brenna Beckett. She carries the highest grade point average on the team with a 3.89 in Broad Field Science: Teaching Option. This year Beckett exceled on the field as well as in the classroom. She set the new school record in the long jump (17' 5.5") and the triple jump (36' 5.75"). She capped the year off taking ninth overall in the triple jump at the GNAC Indoor Championships.

Nikki Aiken, Anne Lory Chevalier, Michaela Johnson and Miranda Livingston all earned academic all-conference for the second consecutive year. Aiken carries a 3.44 in Health and Human Performance: Teaching, Chevalier has a 3.35 in Criminal Justice, Johnson a 3.25 in Health and Human Performance and Livingston a 3.21 in Biology. This is Livingstons first time making the academic all-GNAC squad.

Aiken was the best distance athlete for the ‘Jackets this season. The senior leader showed grit and determination setting multiple personal bests and capped her career at the GNAC Indoor Championships. Aiken was the iron women for the Yellowjackets as in two days she nearly ran an entire 10K. Frist she competed in the 5K in a time of 18:34.62 which was good enough for eighth place. Next she ran the 1600m leg of the women's distance medley relay then she ran the 3K in a personal best time of 10:38.84 which placed her 10th overall. She closed things out by running one leg of the 4 x 400m relay.

Chevalier ran a season best 8.79 in the 60m dash during the Dave Little Alumni Mile meet hosted by Black Hills State University. Livingston ran a season and personal best 2:43.7 in the 800m dash while competing at the Chadron State College Open.

Junior Rachel Hiner has the second highest GPA on the team with a 3.68 in Special Education. Competing in the 800m dash, Hiner ran a season best 2:45.4 at the Chadron State College Open.

Sophomores Sierra Durbin and Kailee Stoppel round out the MSUB selections. Durbin carries a 3.30 in Communication: Media Studies and makes her first appearance on the academic all-conference team. Stoppel has a 3.48 in History: Teaching Option also making the team for the first time. Stoppel ran a season and personal best 11:15 while competing in the 3K. She also ran a season best 2:42.4 in the 800m dash.

“I’m very proud of Beau Ackerman who has earned this distinction for a third time,” said Woehl. “I’m also impressed by our sophomore class with all four being selected and hope they’ll continue to compete in the classroom and so they can join Beau as a three time honoree in a couple years.”

Ackerman has a grade point average of 3.30 in Business Administration: Management. The senior was returning for the outdoor season after redshirting last year. The former All-American hold the MSUB school record in the Javelin at 209’ 7” (63.88m).

Mason Schram holds the highest GPA among the men with a 3.52 in Health and Human Performance: Teaching. Now a two time member of the academic all-conference team, Schram led the team during the indoor season as he finished in fourth place in the 60 meter dash with a time of 7.07 at the GNAC Indoor Championships.

Isaiah Girard carries a 3.36 in Art Education: K-12 and is also now a two time academic all-GNAC selection. Girard was the Yellowjackets best jumper during indoor season. He took home seventh place in the high jump with a leap of 1.96m. Girard also finished 19th in the long jump at 6.16m.

Making his first appearance on the academic all-conference squad is senior thrower Kyle McLaughlin. He has a 3.25 in Criminal Justice and has also served as Student-Athlete Advisory Committee President this year. McLaughlin threw a season and personal best 45”6’ (13.91m) in the weight throw.