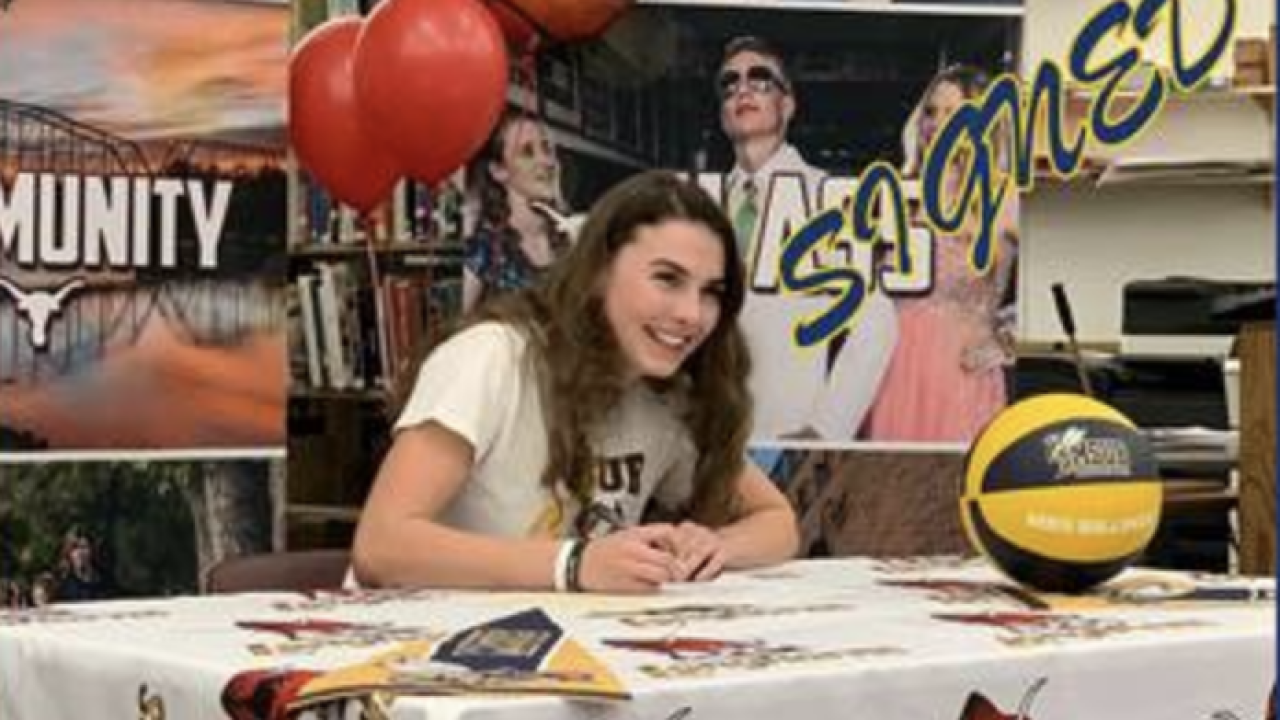 Giese is a 5-foot-8 guard from Fort Benton and Williams is a 5-foot-10 guard from Liberty Lake, Washington. Both players are set to join the Yellowjackets for the 2021-22 academic year.

Giese has earned three letters on the hardwood thus far, playing as a guard and helping her team to a cumulative record of 65-7 in her prep career. Giese has earned all-conference and all-state accolades in each of her three seasons so far, while recording averages of 13.8 points, 4.8 assists, 5.6 rebounds, and 3.8 steals per game. Over three seasons she has totaled 996 points, and has been team captain each of the last two years.

A three-sport standout, Giese is also a three-year letter-winner in volleyball and a two-year letter-winner in track and field. Playing as a hitter, Giese was an all-state selection last year after earning three all-conference honors. In track and field as a sprinter, Giese was a medalist in the 800-meters at the state meet and helped her team to a 4x400-meter relay state title.

In addition to her athletic success, Giese is a four-time academic all-state selection.

Woodin on Giese: “Aspen Giese is a great sign for our Yellowjacket women’s basketball program. She attended our high school camp this summer and really impressed both me and Alisha. Aspen is a tremendous athlete with an excellent understanding of the game. She is very driven and competes at a high level on every play. Aspen will play multiple guard positions for us and she will have an immediate, positive impact on our program. She played three sports at Fort Benton and like Chloe, plays for a very successful high school basketball program. Aspen recently helped Fort Benton to the state volleyball tournament and has excelled in track as well for her school. Aspen’s academic and leadership accomplishments are simply impressive and my staff and I are looking forward to working with her.”

Giese on choosing MSUB: “I am very excited to be joining MSUB because of its long history of producing high-quality women’s basketball teams that compete for championships. Coach Woodin and Coach Breen have built their program with quality Montana players and a family atmosphere, both of which are important to me. I look forward to continuing to grow as a player and to the challenge of competing at the college level.”

Like Giese, Williams plays on a standout prep team as her Bears have gone 65-8 during her three seasons in the program. As a junior in 2019-20 Williams earned WIAA Class 4A all-tournament honors at the state championship. She led her team in scoring last year, while shooting 54 percent overall from the field and 40 percent from 3-point range. Defensively, she averaged 3.5 steals with a total of 92 on the season.

In addition to basketball, Williams has started for three years as a forward and midfielder on the soccer team with a 48-8 record. She was a Greater Spokane League all-conference selection in 2019, and she has scored 32 goals in her career thus far. Academically, Williams has been on the honor roll and a National Honor Society member throughout her entire high-school career.

Woodin on Williams: “We are very fortunate to have Chloe Williams join our women’s basketball program. She is a tremendous student-athlete who has had a great high basketball career at Central Valley High School in Spokane. Chloe helped lead her team to the Washington State 4A championship a year ago and had one of her best games of the season in the championship game. She is very competitive and I believe her speed will be a game changer for our program. Chloe will provide our team needed depth on the perimeter and she has the ability to become a defensive stopper for us. Chloe also excels in the classroom, earning honors in every semester of high school while playing both basketball and soccer. My staff and I are very excited to coach Chloe next fall.”

Williams on choosing MSUB: “I chose MSU Billings because it allows me to continue playing basketball while pursuing a degree in biology. The class and campus size are what I was looking for and the coaching staff and players were very welcoming and encouraging when I visited. I am hopeful to secure my third basketball and fourth soccer letter in abbreviated seasons later this academic year, if restrictions allow.”