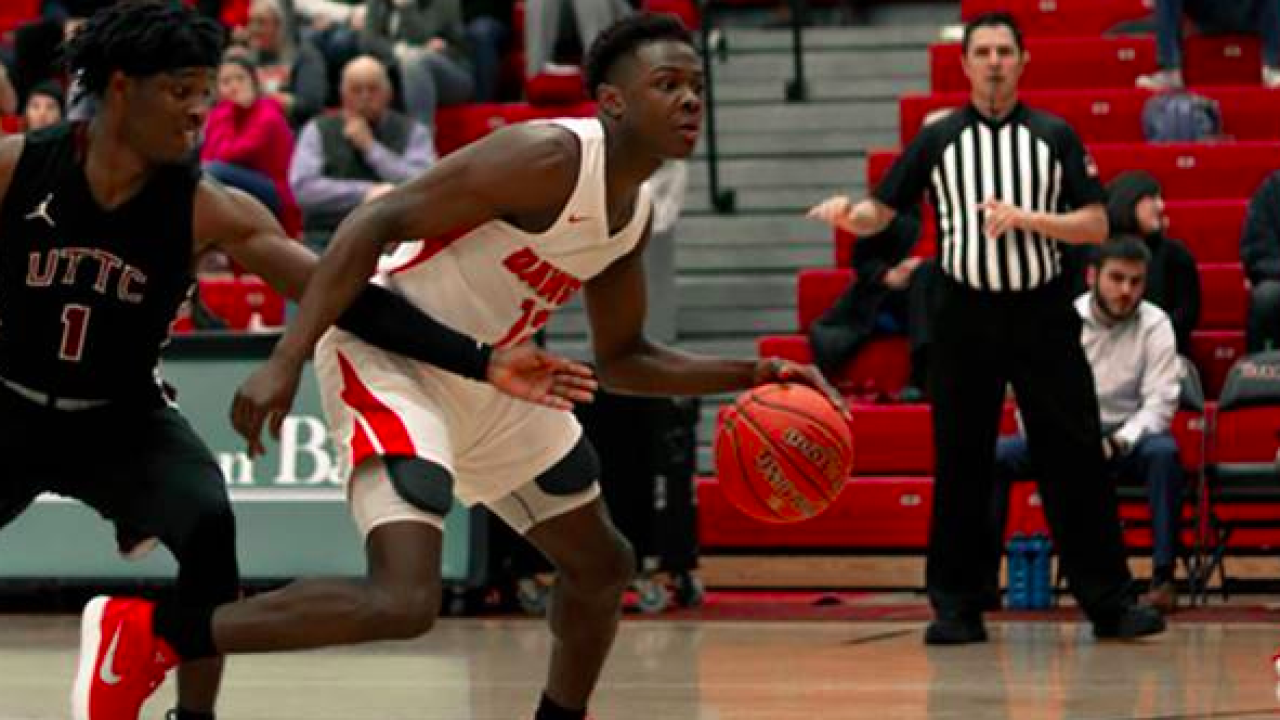 BILLINGS– Montana State University Billings head men’s basketball coach Mick Durham has announced the signing of Man Man Baker for the 2020-21 season Baker comes from Dawson Community College and is originally from Aurora, Colorado. Baker is the third recruit to sign a National Letter of Intent for the 2020-21 season joining Grant Tully and Nicholas Sebastiao.

This season, Baker averaged 12.5 points, 5.2 rebounds and 3.9 assists per game for the DCC Buccaneers. He shot 57.5 percent from the floor and 22.2 from three point range. He scored in double figures in 28 of the 34 games played and crossed the 20 point threshold three times. He scored a season high 22 points twice.

Baker played an integral part in DCC going 27-7 in route to winning the MONDAK Conference. For his effort he was named first team all-conference. He was then one of eight players named to the NJCAA Division I Region XIII Team.

Baker led the conference in field goal percentage, shooting 57.5%. He was fifth in assist to turnover ratio, third in steals (2.4/game), second in steals per 40 minutes (4.4), third in assists (8.1/game) and eighth in offensive rebounds (4.6/game).

Durham on Baker: “Man Man is a long quick athletic guard who can get to the rim in a variety of ways. He’s very disruptive defensively with his quickness and toughness. I’m excited to have Man Man join our program and will pick up the slack of losing Tyler Green in the backcourt. Man Man is fun to watch, plays with energy and his own certain flair. He’s really good in transition of finding the open man and always a threat to attack the rim as he can jump out of the gym. Dawson CC and Coach Joe Peterson had a great season winning the MONDAK Conference and Man Man had his hands all over it.”