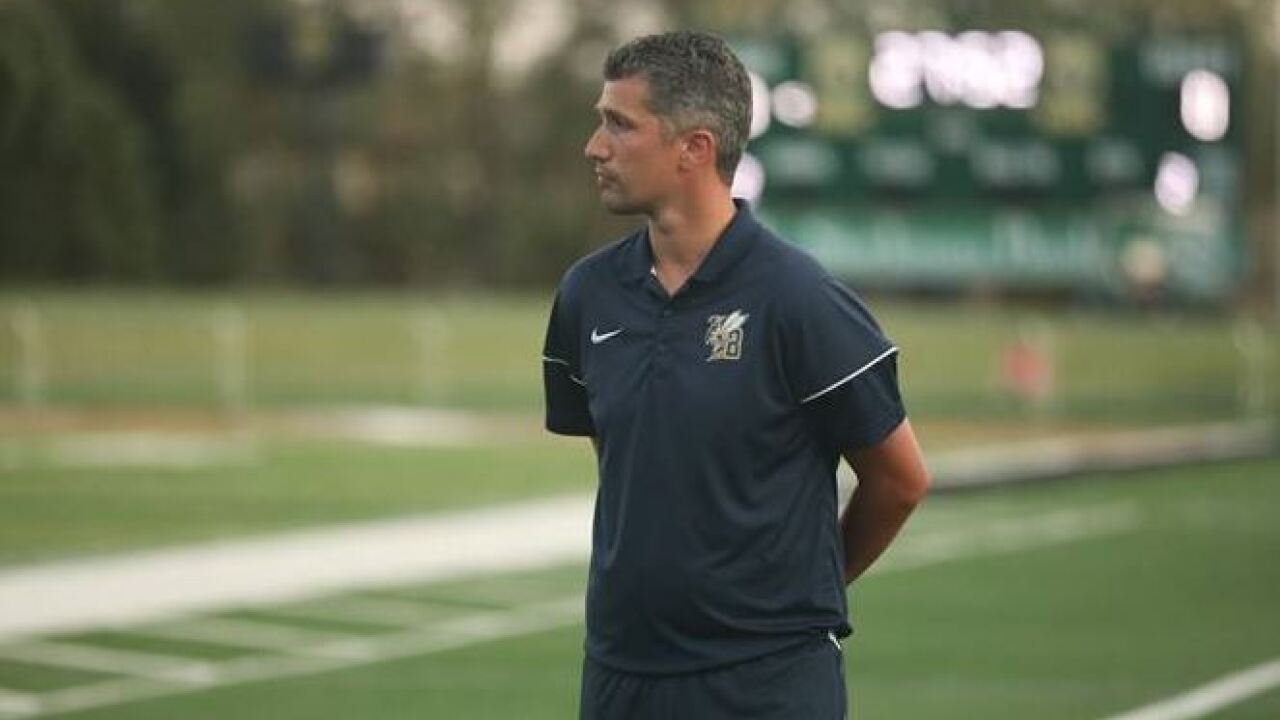 “We are really excited to bring this 2020 recruiting class to Billings,” said MSUB men’s soccer head coach Thomas Chameraud. “We have a very good mix of experience and youth. Some of them have already two years of college soccer under their belts and others have played at the men’s level in their respective countries, and freshmen who will add youthful insouciance to our team. We also keep building on one of pillars of our identity, which is diversity. It is a great opportunity for our players to get to know different cultures, and to all share these moments on a soccer field. We have had a good first year together, but we fell a bit short towards the end of the season. We have many positives to build on. We believe that our team is stronger and deeper in every position to make sure that our players fight hard for opportunities to be on the field. We still have a couple pieces missing, but we are very happy with our first recruiting class as a coaching staff.”

Cortes brings two years of collegiate experience to the Yellowjackets as a center back and was team captain, all-region, all-NWAC, and east region most valuable player at Columbia Basin College. Prior to college, Cortes was team captain at Kennewick High School where he earned first team all-conference, first team all-area, second team all-state, and team defensive most valuable player as a senior. He also led the Lions to their first CBC league championship in 20 years as well as an appearance in the final four.

Chameraud on Cortes: “Jason will be a transfer student from Columbia Basin College. Last fall, he was rewarded the East region MVP and was first team all-conference. A 6-foot-3-inch center back, Jason will bring his physicality and intensity in our back line as well as experience. We are excited to have him at MSUB and he will fit perfectly with our team atmosphere.”

Cortes on choosing MSUB: “I chose MSUB is because I felt like the program was very professional and I like what it had to offer. I also like it because the city reminds me a lot like home in terms of size and weather.”

Thornberry played soccer for one semester at Garner Webb University before joining the ‘Jackets in spring of 2020. At Camas High School, he won two letters in soccer and was named second team all-league and an all-star selection. At LaSalle, he was first team all-league and a state semifinalist.

Chameraud on Thornberry: “Tybalt came to us this spring from Gardner-Webb. He has all the qualities to be a key player in his position. He has great pace and he works hard. When he needs to find more finesse in his game, he can be an impact player.”

Thornberry on choosing MSUB: “I chose MSUB because of the perfect location, size, and excellent sports programs they have.”

Chameraud on Funk: “Lars is a freshman goalkeeper from Hoffenheim Germany. He played for Hoffenheim U19 academy team and we are really happy that he chose to compete for MSUB. He will bring quality, experience and high expectations to our goalkeepers and our team.”

Funk on choosing MSUB: “From watching soccer videos of MSUB, I really liked how they played the game. Also, I think it is good to have a University that does not have too many students.”

Lowes joins the ‘Jackets from Hexham, England where he played soccer at Queen Elizabeth High School. There, he was a National Cup Finalist and made an appearance at the under 18 youth cup. He will be a junior after two years at Angelina College in Texas. In 2018, he scored 20 goals in 25 games for the Roadrunners.

Chameraud on Lowes: “Brad will be a transfer from Angelina College, Texas. Bradley was the captain at Angelina College and will bring experience, leadership, and communication to our midfield. His personality will fit perfectly into our team atmosphere because he is a hard worker and also somebody who is good to be around.”

Lowes on choosing MSUB: “MSUB is a place I believe I can take my game to the next level and earn a quality education at the same time.”

Listed as a 6-foot-5-inch center back, Nedergaard will be a freshman in 2020. He helped Vlborg Katedralskole go undefeated in 2017-18 and won the high school Denmark National Championship.

Chameraud on Nedergaard: “Sebastian is a Danish center back who plays in the fourth division in Denmark. Despite his size, Sebastian is quick and covers a lot of ground. He is calm on the ball and will bring us experience in our back line as well.”

Nedergaard on choosing MSUB: “I chose MSUB because the school and their soccer program is a great opportunity for me. For me, this is not just an adventure. I would like to win as many games as possible but the grand prize is to be able to become the next national champions. I think that the soccer program really has some interesting players and coaches, players and coaches which I'm sure of have the potential to become national champions. Furthermore, I'm glad that the school offers a great study in math and I'm looking forward to having a great time at the campus with some great facilities.”

Dawson played soccer at Bellevue High School under head coach Steve Zakuani for four seasons and helped the Wolverines to a 16-1-3 overall record. He was also named team midfielder of the year.

Coach Chameraud on Dawson: “Brandon will be a freshman coming from PacNW in WA. Brandon comes from a very good club in Washington and we hope he will be able to bridge the gap between youth club to NCAA Division II as soon as possible. He is a quick midfielder, good on the ball who sees the game well. He will bring more competition in our midfield.”

Dawson on choosing MSUB: “I think MSUB will be a great fit for me as it offers many academic opportunities and strong community support. I also look forward to growing as a soccer player and spending time with the team. Coach Chameraud and everyone on the soccer team have been so genuine, welcoming, and supportive.”

Coach Chameraud on Ramirez: “Edgar had two successful seasons at Skagit Valley College. He is quick and technical, and can also finish. He brings more depth and quality in our offensive positions, which will add more competitions within the team. He will also add experience to our team, and we hope he will be a key member of our team.”

Ramirez on choosing MSUB: “I chose MSUB because I heard many great things about the program and the environment there and coach Chameraud made me feel very welcomed and at home. I also felt that it was the right choice for me to push me athletically and academically to be the best I can be.”

Vohland will be a freshman after playing soccer four seasons for Sherwood High School. He was a team captain and second team all-league selection under head coach Monty Hawkins. Vohland is a good student and named an OnPoint Cimmunity Credit Union 2018-29 Scholar Athlete.

Coach Chameraud on Vohland: “Ty will bring depth and competition to our forwards. He is someone that can hold the ball for us, and has a nose for goal. He is promising prospect and we are excited to bringing him in Billings.”

Vohland on choosing MSUB: “I chose MSUB because after watching the team play and having conversations with the coaching staff, I felt there was a very strong family culture and MSUB would be a great place to further myself as a student-athlete. I am grateful for this opportunity and look forward to my time in Billings.”

Coach Chameraud on Kjølner: “Mathias comes from Sandefjord’s Academy which is a quality soccer academy in Norway. He is complete player who can bring danger offensively and who is also very good in defending. He has an excellent left foot, which is what we needed in our team. We expect great things from him and we are excited to bring him to Billings.”

Kjølner on choosing MSUB: “I chose to go to Montana State University Billings is because i want to spend my upcoming years doing something fun, but at the same time get a good education. Here, i can combine soccer and studies. I`ve always had a dream to go to the United States of America. I believe i will have the best time of my life in the MSUB family.”