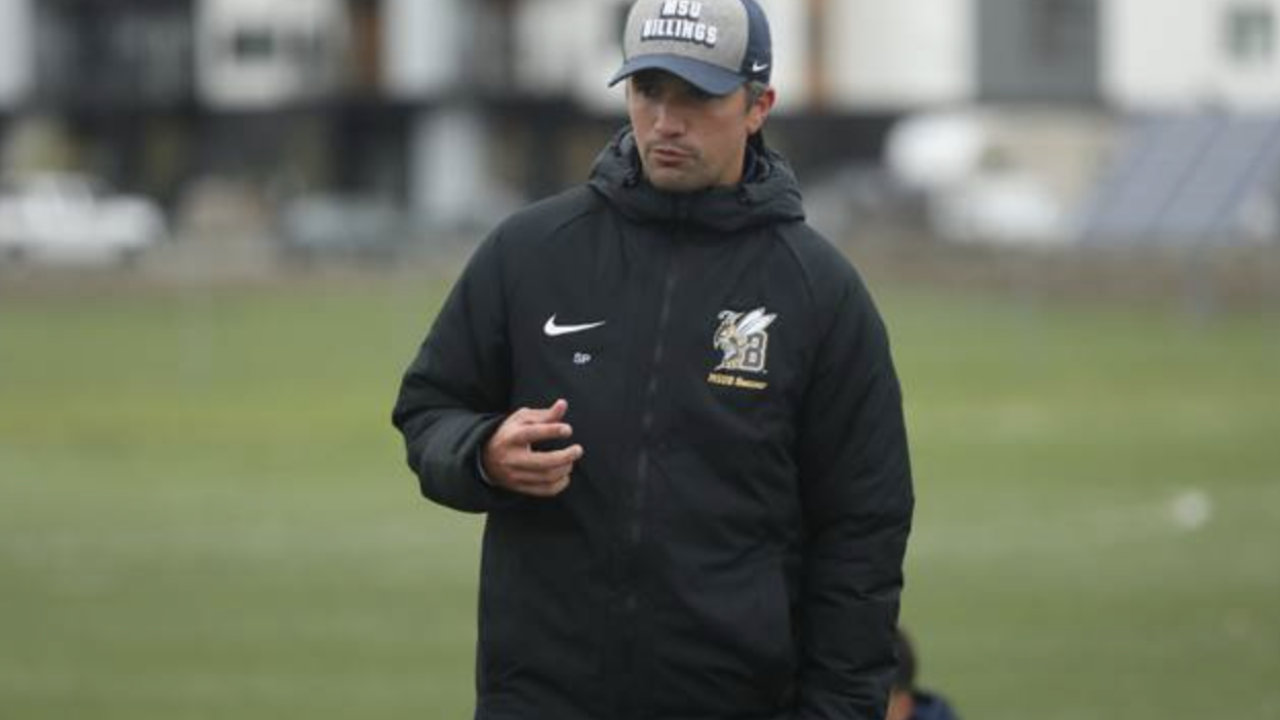 BILLINGS -- Introducing the first batch of new faces to the Montana State University Billings men’s soccer team, head coach Thomas Chameraud announced the signing of five players who will join the Yellowjackets for the 2021-22 academic year on Thursday.

The first group in Chameraud’s class features a local signing in Hadyn Koch of Billings, as well as two sets of high-school teammates from Wyoming and Utah.

A local standout defender and three-year letterwinner from the Broncs, Koch will be the latest Yellowjacket to remain in his home town for his collegiate career. Koch helped Senior High to a 32-4-6 record during his career under head coach Zach Robbins.

Koch was named the 2020 Class AA Eastern Conference Player of the Year, and was the Broncs’ captain in his final prep season. He was his team’s 2019 defensive player of the year and an all-conference selection, and in 2018 he helped Senior to a third-place finish at the state championship. In 2020 he was part of a defense that conceded just four goals, the fewest of any team in Montana.

Coach Chameraud on Koch: “Hadyn is a pure product from Billings. I have coached him for the past six years, and he is someone that has improved every year. He had a successful high school career at Senior High School in Billings, and he was selected player of the year for the 2020 season. Hadyn will be a solid center back, with great determination, and a will to learn each day. He is a great student and someone that will fit perfectly into our philosophy. I’m really happy he decided to sign for us, and I’m excited to see him play at the college level.”

Koch on choosing MSUB: “I chose MSUB because I like the feeling of a smaller school. I have been able to follow the program at MSUB for several years and have seen first-hand what a quality program they have as well as an excellent group of coaches.”

In addition to his soccer career, Atkinson won three letters in track and field, two in tennis, and one as the kicker on the football team. He was all-state in track, after being a member of his school’s 4x200 relay state champion team. He also took second place in the 200 meters and third place in the 400 meters. Atkinson was an all-conference selection in football, and helped his tennis team to the 2020 regional championship.

Coach Chameraud on Atkinson: “Colten will be a powerful left wingback for us. He has come to our ID camp a couple times and we really liked his strength, power, and intensity. He has a good left foot and can go up and down the field. He is a good defender but can also bring danger forward. He is also someone that will be successful in the classroom.”

Atkinson on choosing MSUB: “I chose MSUB soccer because the team and coaches were very welcoming. It seems like the perfect place for me to grow as a student and as an athlete.”

Realing and Atkinson were teammates for four years with the Trojans, bringing the chemistry of playing together into their college careers at MSUB. Realing was a four-year letterwinner, playing primarily at a wing position. As a sophomore, Realing led the state in assists.

Coach Chameraud on Realing: “Sian is a versatile player. He has a very strong technical base, which allows him to play in the midfield or out wide. He has the body type to match the intensity of our conference, and I’m excited to see how he will develop. Like Colten, he has come to our ID Camp several times, and he impressed us. He is someone that has a lot of potential, and will be able to push some returners right away. Sian is also someone that does the job in the classroom.”

Realing on choosing MSUB: “I’m excited to attend MSUB and bring my soccer to the next level. I chose MSUB for the combination of strong academics and soccer.”

Hanley won three letters as a midfielder for the Wasps, playing primarily in the center of the pitch. He was a second-team all-region selection his sophomore year, and was his team’s captain as a junior.

Coach Chameraud on Hanley: “Ryan, like the other four recruits, came to our ID camp this past summer. Ryan has a very solid technical base and he showed the ability to play in tight space during our ID camp. He will fit very well in our system, and if he can play faster and see the game better Ryan could be a dangerous player in our conference. He is also someone that will do well in the classroom.”

Hanley on choosing MSUB: “I chose to play at Montana State Billings because I saw a future for myself not only playing soccer here but as a student. I loved the campus, the staff, as well as all of my coaches. I look forward to my career at MSUB. Go Yellowjackets!”

Hanley’s teammate at Wasatch High School, Jarrett was a four-year letterwinner under head coach Jared Hendry. Playing both as a right back and a center back, Jarrett helped his team go 27-6-3 in his high school career.

A two-year team captain, Jarrett was an all-region honorable mention selection. He was also invited to the Snow College high school tournament all-star game, helped his team to the Class 5A state semifinals, and was a state cup quarterfinalist. Despite playing on the back line, Jarrett still contributed 10 goals and six assists from his freshman through junior seasons.

Coach Chameraud on Jarrett: “Jack came to our ID camp as well, and impressed us right away. He is a reliable defender, that can also have an impact offensively. He is solid technically, good in 1v1 situations, and understands the game really well. In the classroom, Jack surely will improve our team GPA with a high school GPA over a 4.0.”

Jarrett on choosing MSUB: “I chose MSUB because of the excellent soccer and school programs. The coaching staff and the players were extremely welcoming and the school environment was a great fit for me.”