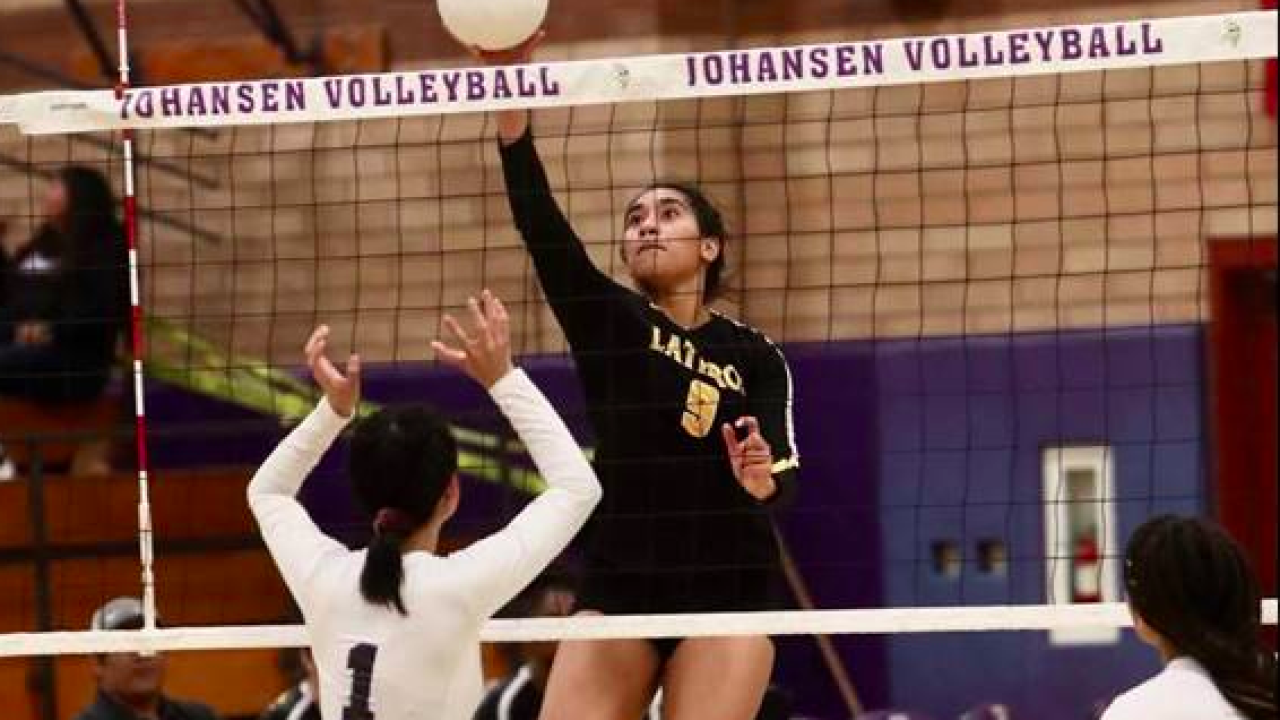 BILLINGS – Montana State University Billings Head Volleyball coach Casey Williams announced the signing of Jahsita Fa’ali’l Wednesday. Fa’ali’I is from Lathrop, California and is the fifth recruit to sign with the Yellowjackets for the 2020-21 season. Fa’ali’l signed her National Letter of Intent prior to the NCAA recruiting freeze.

A four year letter winner for the Spartans, Fa’ali’l is a four year all-league selection, team captain, offensive player of the year and was voted her team’s Most Valuable Player. She was named a NorCal high performance player and competed for the Rage Volleyball Club.

A talented two way player, Fa’ali’l posted 286 kills with 131 digs her junior year. Her senior year she had 256 kills and 189 digs. Fa’ali’l set the school record for single kills in a match with 34 and averaged 18 points per match.

Coach Williams on Fa’ali’l: “I am really excited about Jahsita joining us in the fall. She is a flashy outside hitter that will bring ball control, shot selection, and power to the team. Jahsita is a passionate athlete that will be an impact player for us.”

Fa’ali’I on choosing MSUB: “I am Samoan, a Polynesian Islander that grew up in the military because my Mom was an active duty service member in the U.S. Coast Guard. I grew up in Hawaii and then moved to California. Alameda, CA was home for seven years until my Mom retired and decided to move to Lathrop, California. Lathrop is a small growing town that welcomed my family. Our community is small very family oriented just like my Samoan culture.”

“My first time visiting MSUB I felt genuinely welcomed. I learned about the program and all the support that surrounds it reminded me of Lathrop. That is why I chose MSUB. I truly believe that MSUB, Coach Williams and Coach Walters will help me grow as a student athlete. I look forward to attending MSUB in the fall to pursue my education and playing the sport I love. I am thankful for the opportunity and I can’t wait to start learning and advancing my skills as a student athlete at the collegiate level.”