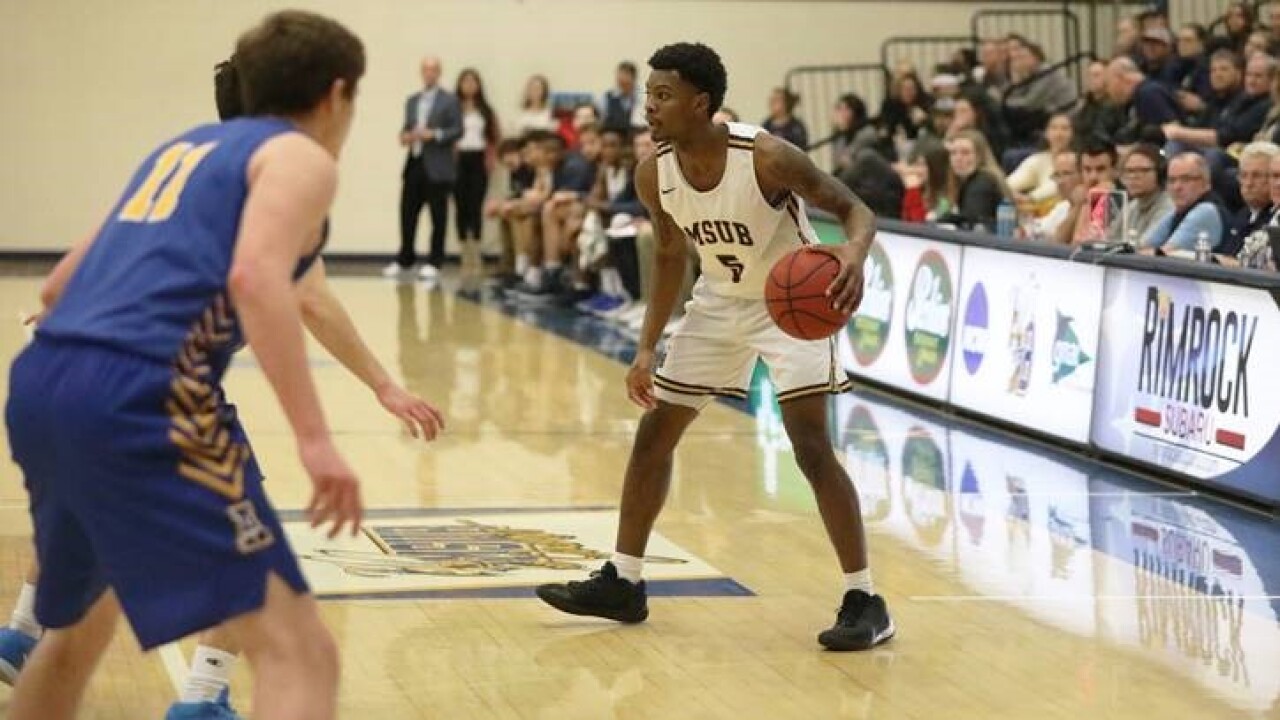 BILLINGS - In an exciting game that literally came down to the buzzer, Simon Fraser hit a half-court shot as time expired to beat the Montana State University Billings Yellowjackets 73-72 Saturday night. MSUB honored three seniors prior to the game: Tyler Green, Jordan Lehrer and Seth Christiaens played their final game for the ‘Jackets.

“We battled hard all second half and put ourselves in a winning position,” said head coach Mick Durham. “SFU made a great shot. We made some really good plays offensively down the stretch but it wasn’t in the cards for us tonight. I am disappointed for our seniors to lose that way but would like to thank them for their hard work and dedication to MSUB.”

MSUB finishes the season 11-18, 6-15 in the Great Northwest Athletic Conference. The Yellowjackets played inspired and with a sense of urgency, flying around the court all night. MSUB controlled the game early and never trailed in the first half going up by as much as 12, 34-22 with 5:07 remaining. Heading into halftime, MSUB held a 38-33 point advantage.

SFU climbed back into the game to take their first lead 55-44 with 10:27 left in the game. The Clan went up by as much as five points, but then it was MSUB’s turn to storm back regaining the lead 69-67 with 2:15 remaining after a Psalm Maduakor layup.
In a wild final minute of play, MSUB took a 71-69 lead off of a Brendan Howard lay in only for SFU to tie with a layup of their own. Back down the court we go. A great play execution from MSUB led to a wide open layup for Tyler Green to pull ahead 73-71 with three seconds left. Then came the fateful final play.

Taking the inbounds play from the opposite baseline, SFU’s Michael Hannan caught the ball a few steps behind center court, took two dribbles and one cross over to lunch from the half court line as time expired and bank home the game winner 73-72.

In his final game of his career, Green played fast and inspired basketball all night. He finished with 20 points, five assists and three rebounds. For his career, Green finished as the number 20 overall scorer in MSUB history with 1,090 points in three years.

Jordan Lehrer finished with 10 points and four rebounds in 25 minutes. The senior was all over the court making life difficult for SFU.

PLAYER OF THE GAME: Tyler Green is named the St. Vincent Player of the Game for his final game of his excellent career with the Yellowjackets. Green finished with 20 points in 35 minutes.