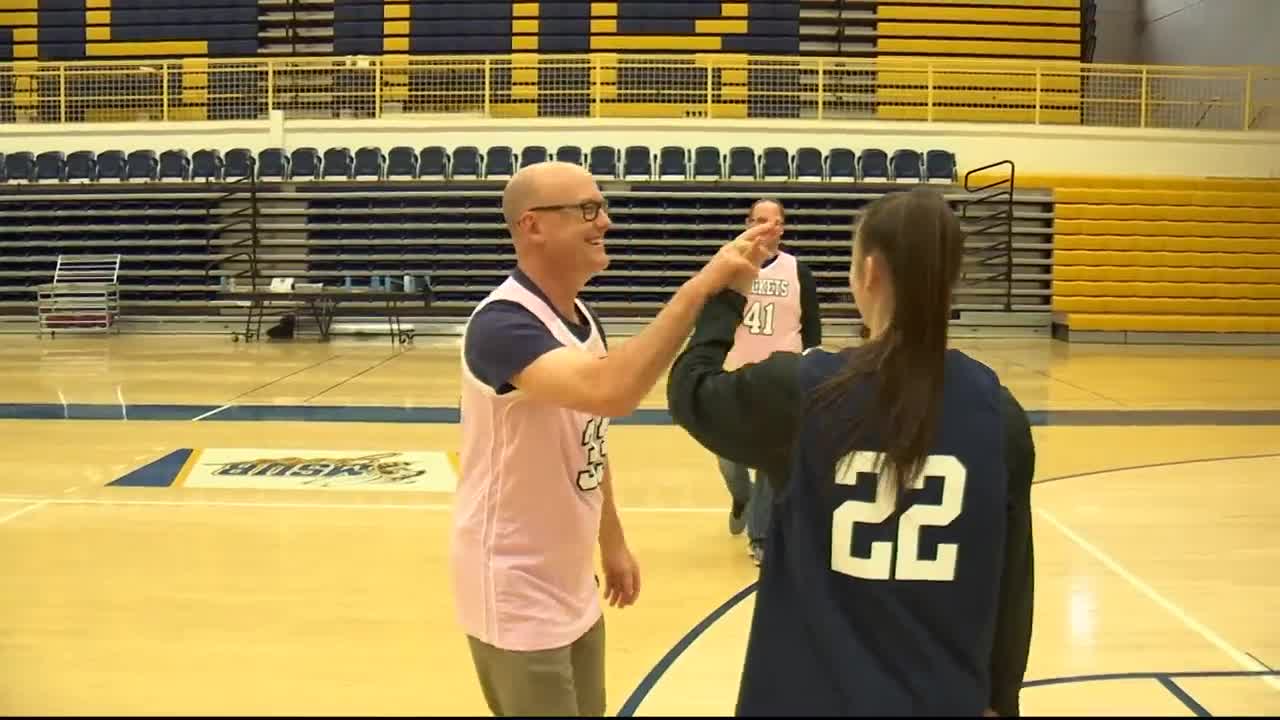 BILLINGS - Jeanann Lemelin has been in the zone. MTN Sports reporters Scott Breen and Casey Conlon recently found out the hard way.

A couple weeks ago Lemelin tied the MSU Billings school record for 3-pointers in a game with eight. Saturday she broke that mark with 10 in a 91-66 win at Seattle Pacific.

"I had a few go in that didn't go that great, but then in the second half my teammates did a really nice job. Sometimes I felt like I was all by myself," Lemelin told MTN Sports.

'Jackets coach Kevin Woodin wondered if SPU would make defensive adjustments at the break to slow down Lemelin.

"Actually, I made the comment at halftime, 'Jeanann, if I was coaching against you, I would run you off the line, so you need to make sure if they do that you're effective off the dribble,'" Woodin said.

Breen and Conlon took their shot at MSUB's newest record-setter during a recent practice. The above video is evidence that Lemelin is still in the zone -- even on a mediocre afternoon.