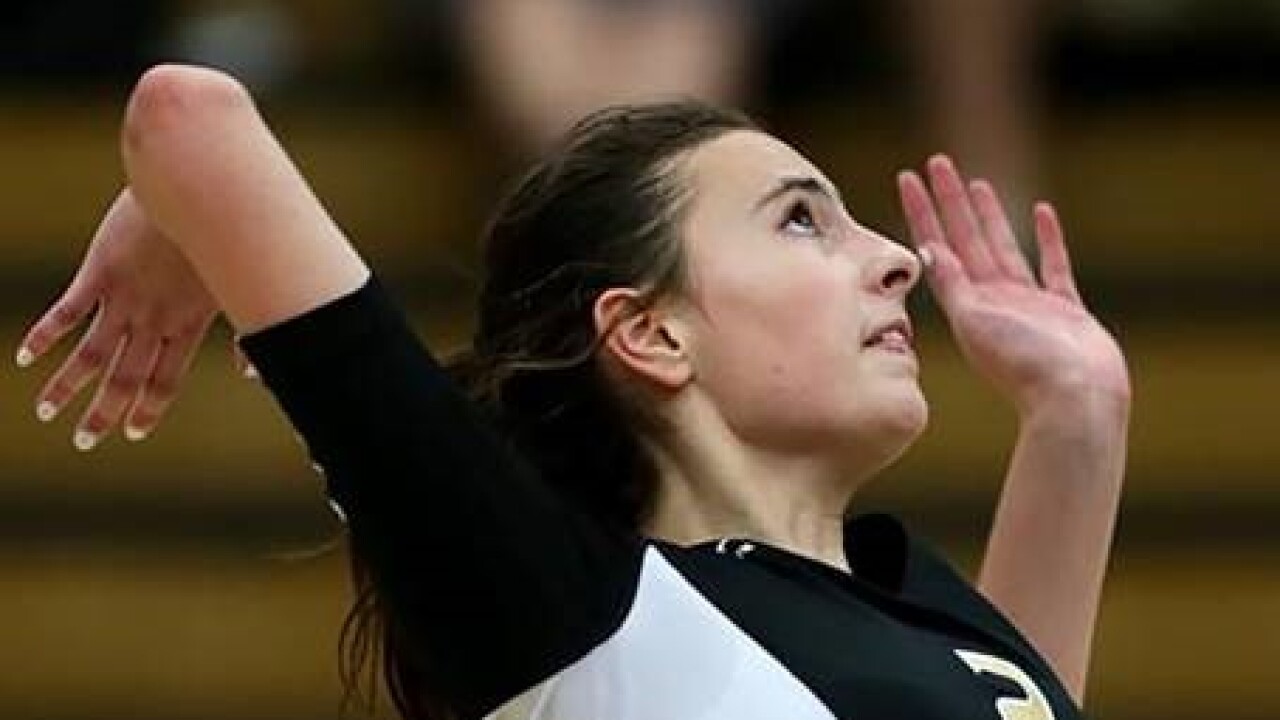 A class that includes three team captains and on academic all-state recruit, Oliva Schwartz, Kennedy Juranek, Zoe Bibb and Shauna Stene are all set to join the ‘Jacket family in the fall of 2020 and all will look to make an impact.

Stene will join MSUB as the first Billings player since 2014 and the first Billings recruit to sign since 2010. A three sport athlete, Stene received Academic All-state four times in volleyball, two in basketball and three times in track. On the court, Stene was named first team all-conference and first team all-state for the 2019 season. She was named second team all-state her junior year, 2018.

She led the West High Golden Bears in blocks the past two seasons. This past season, Stene finished with 101 blocks, held a .411 hitting percentage and post a season high 19 kills. She leaves West with 300 career blocks.

Coach Williams on Stene: “Shauna has been around the MSUB program for many years. She caught our eyes early on in her volleyball career and we are excited she will be joining the program. She has a lot of physical potential and will add depth to our middle position.”

Stene on choosing MSUB: “I was born and raised in Billings so for me, MSUB feels like home. I have come to campus to watch games ever since I was little and it was in watching that my dream of playing college volleyball as fostered. Being able to play for MSUB and represent the community that helped me reach the level I am at now is truly a blessing. The coaching staff is amazing and their commitment to helping players improve makes me excited to be a part of the team!”

Schwartz comes to MSUB after lettering all four year for Joel E. Ferris High School. In 2016, Schwartz helped the Saxons reach the regional championship for the first time in 11 years. The team placed four in regionals that year.
Improving each season, Schwartz was named to the all Greater Spokane League team her sophomore, junior and senior years. She went from honorable mention her freshman year to second team her junior year and finally first team this past fall.

Team captain for the Saxons this season, Schwartz had a career high 26 kills in a four set match against Central Valley.

Coach Williams on Schwartz: “Olivia is an athletic outside hitter that will make an immediate impact on our program. She is a strong outside hitter with great ball control and the ability to play six-rotations. She jumps really well and will give us a great physical presence at the net. Olivia has a big future ahead of her and is a perfect fit for our system."

Schwartz on choosing MSUB: “I chose MSUB because of the welcoming atmosphere, the coaches and the team gave me on my visit. I loved the energy and drive to succeed that the team has while competing at a high level. The academic environment is also a plus as Montana is well known for its natural beauty which will give me more opportunities for field work throughout my education.

Kennedy Juranek is another four year letter winner and was a key cog in the Wilsonville Wildcats 23-3 season in which they took second at state in Oregon’s 5A division. Juranek was named first team all-conference and first team all-state her senior year. She was named one of Oregon’s top setters and held a season average of 2.3 serve receive rating while averaging five digs/set.

Juranek on choosing MSUB: “I chose MSUB because I knew it was home from the moment I stepped on campus. Coach Williams gave me an amazing opportunity to keep playing the sport I love and I am so grateful for it. MSUB is such an incredible and beautiful environment that I couldn’t imagine going anywhere else. The atmosphere I will get to pla in is aleady so amazing and I amd truly blessed to be where I am now. I cannot wait to start playing this upcoming season. Go ‘Jackets!”

Zoe comes to MSUB as an outstanding outside hitter. She won four letters while attending Heritage High School and focused strictly on volleyball. Primarily and outside hitter, Bibb will bring experience as a right side hitter and setter as well. The senior captain was named player of the match five times in 2019 and had her team ranked 18th in the entire state at the 5A level on the way to a 15-10 record.

Coach Williams on Bibb: “Zoe is a powerhouse attacker and has the ability to impact the game with her arm and her block. She has the versatility to play anywhere, giving our team competition and depth. The only thing that can match her big swings is her big personality. She is often the fun-loving teammate all while being one of the most competitive people on the court. Her all-around game has progressed rapidly each year throughout club and high school and we are excited to see continued growth in a Yellowjacket uniform."

Bibb on choosing MUSB: “As I toured many schools, I never found what felt right. After I attended an MSUB volleyball camp, I felt very much at home. Billings is like another Littleton, CO except eight hours away which is just enough but not too far. The weather patterns are just like Colorado’s and so are the people. Everything about Billings makes me feel like home. The school is just the right size and has a great community feel. I love how all the athletic teams are very close. Visiting Billings feels just like visiting another part of Colorado which I love! I chose MSUB because I know it will not only be the new place where I live but it will be home. The team and coaches are so kind and I know this will be my new happy place for 2020.”