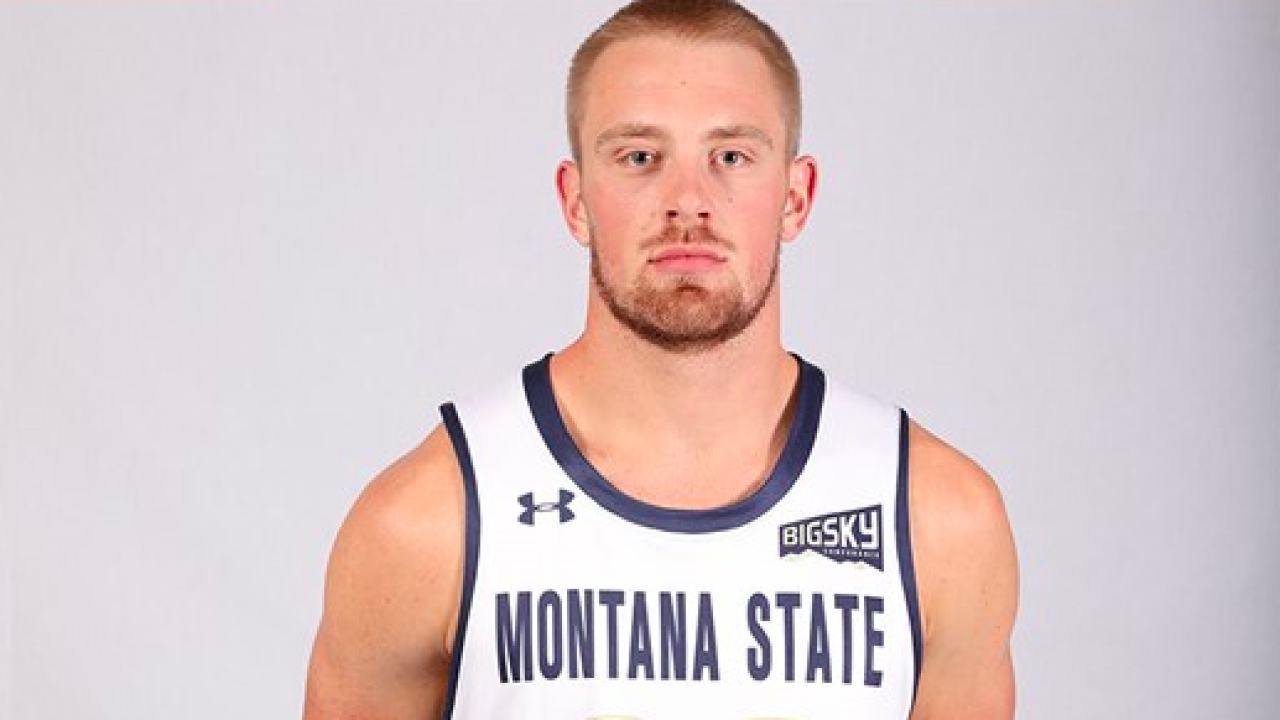 A three point sharp shooter, Finn is transferring from the Bobcats to the Yellowjackets for his final year of eligibility. The Big Timber, MT native began his collegiate career at Dawson Community College. As a sophomore at DCC, Finn started in 31 of 32 games averaged 18.1 points per game and shot over 40 percent from the field. He played a team-high 28.5 minutes per game and helped the Bucs advance to the Region XIII Championship game. Finn was a double digit scorer in all but three games as a sophomore on his way to being named a first team all-conference and all-region selection.

After DCC, Finn played for Texas A&M International in Laredo, TX. In one season for the Dustdevils he started in all but one game and was second on team with 14.1 points per game. He averaged 2.3 rebounds and played 33.7 minutes per game. Finn scored a season-high 34 points in a single game and shot 36 percent from the 3-point line. More than half his field goals (109) came from beyond the arc.

Finn’s brother Blake is a member of the MSUB Golf team.

Durham on Finn: “Brent will have one year of eligibility and will give us a legitimate 3-point shooter on the perimeter. Brent gives us another Montana student-athlete and I know he is excited to finish his college basketball career here in Billings close to home. His experience and maturity he’s gained since high school days in Big Timber will be a huge benefit for our program as well.”

Finn on choosing MSUB: “I wanted to stay in state for my final year. Coach Durham is a great coach and I am very excited to join the program. It will be fun playing in front of a home town crowd and I will enjoy being at the same school as my brother.”

Starting 28 of 29 games for Foothill College, Norton averaged 16.2 points per game while shooting 43.3 percent from the field. He averaged 34.6 minutes per game with 6.6 rebounds and 3.1 assists. He earned first team all-North Coast Conference and scored a total of 298 points for the Owls. Norton scored in double figures in 25 of 29 games with a season high 29 points.

Norton led the Owls to a 17-12 record falling in the first round of the NCC playoffs.

Durham on Norton: “I’m excited about what Eric brings to our program. He really willed his team to a successful season and into the California Junior College Playoffs. Eric has a great feel for the game and his skill set is really improving. He’s tough, he’s a leader, he’s very unselfish and he can score in a variety of ways.”