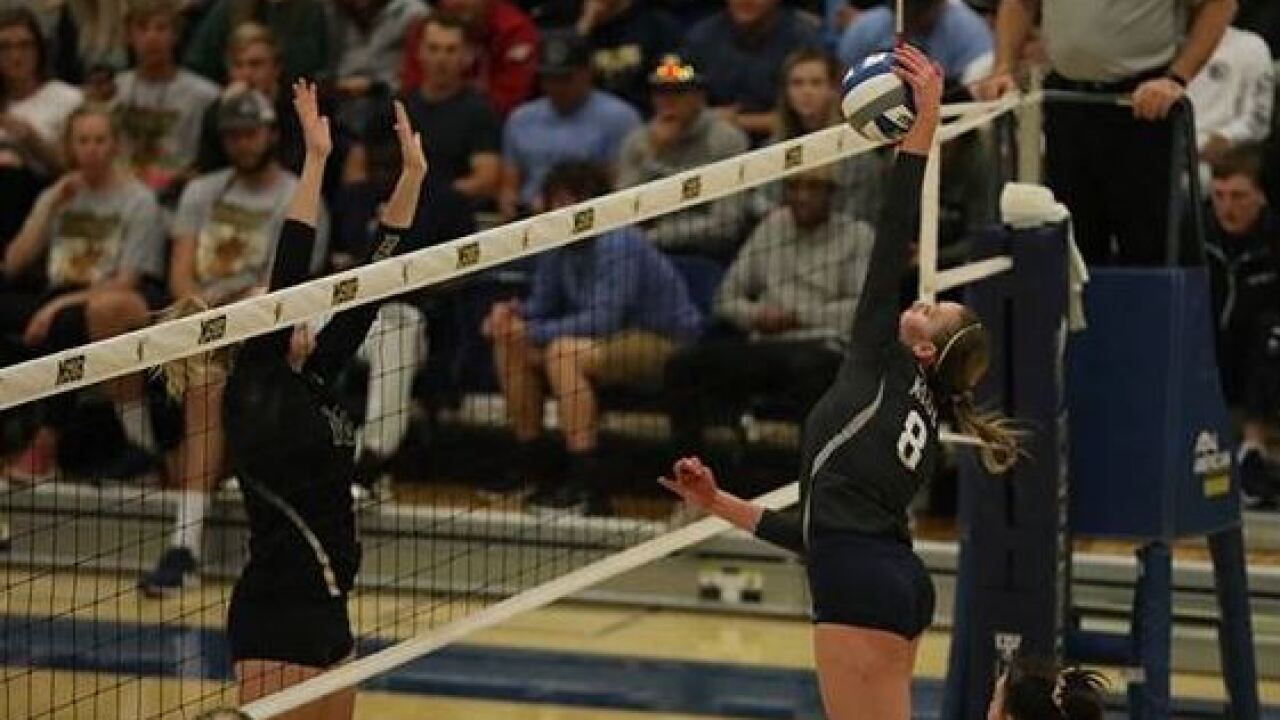 Monck was Player of the Week after 46 kills, 39 digs, five blocks and eight aces in three matches. She had double-doubles in all three matches. Monck finished with 15 kills, 14 digs and five aces in Tuesday’s win over crosstown rival Rocky Mountain.

She produced 16 kills, 11 digs and two aces against Alaska Anchorage on Thursday and 15 kills, 14 digs, three blocks and a .419 hitting percentage against Alaska on Saturday. In the combined matches, she tallied 56.5 points (18.8/match and 4.35/set).

“Bayli is really deserving of this honor,” commented head coach Casey Williams. “She has been working hard the entire season and it is paying off. She has been dominate offensively this year and one of our best defenders as well.”

The most consistent player for the ‘Jackets and a force on both sides of the ball, Monck has a team leading 12 double-doubles on the year and has recorded a double-double in seven of the last nine matches. She leads the team in kills with 235 (2.76/set), is tied for the team lead with 23 services aces, leads the team in block assists with 58 and is second with 261 digs (3.07/set).