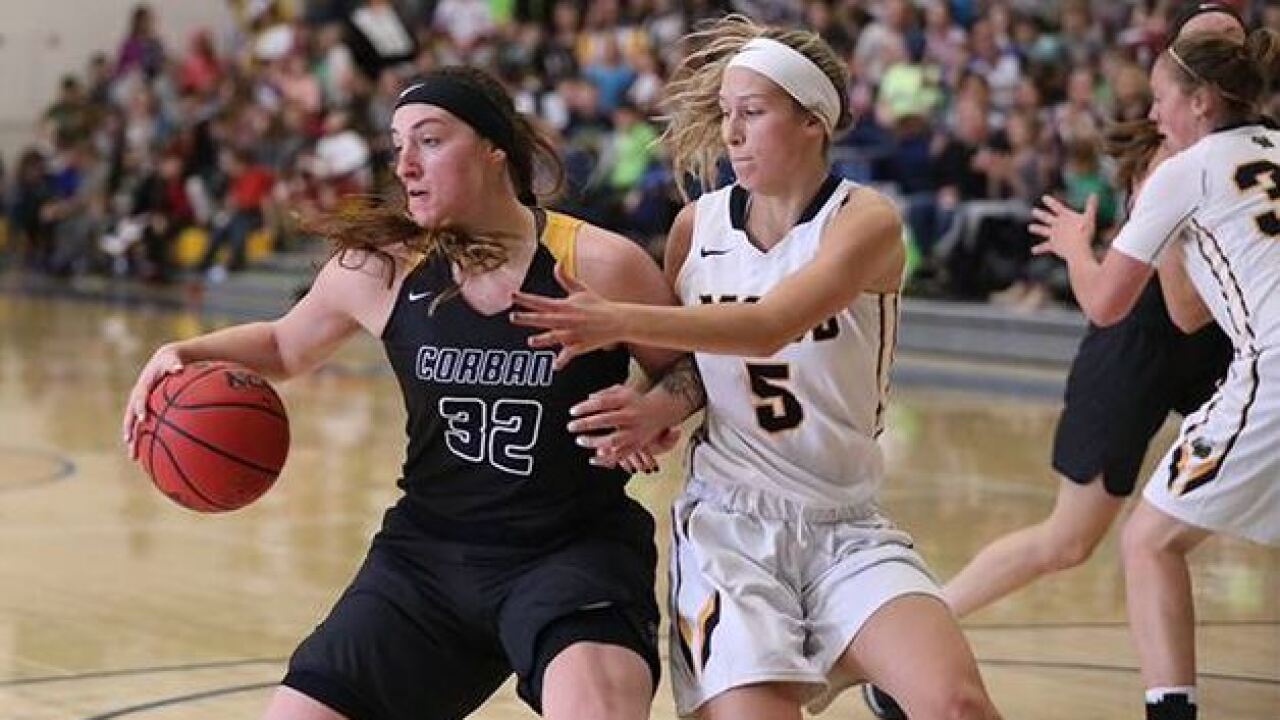 BILLINGS – After looking sharp early and fighting hard for rebounds all afternoon, Montana State University Billings pulled away from Corban University 75-49 Monday in a non-conference women’s basketball game at Alterowitz Gymnasium. Taryn Shelley recorded 17 points and 12 rebounds for her second double-double of the season and the ‘Jackets grabbed 50 rebounds to provide extra possessions and held Corban to just eight fourth quarter points.

“Defense was a big focus for us when we talked about our strategy before the game,” Shelley said. “We really made sure we were helping each other out and playing our roles and that was a big reason why we won.”

MSU Billings (2-4) led 35-31 at halftime, then limited Corban (2-3) to just 18 points in the second half (eight in the fourth quarter). Shelley began the game 3-for-3 from the field to help MSUB to an early 15-10 advantage. Kate Sams made a 3-pointer from the left flank in the closing seconds of the first quarter after receiving a brilliant pass from Hannah Collins.
The Yellowjackets struggled to score in the second quarter but passed the ball into the paint more often in the second half to find more open jump shots. MSUB pulled away late and led by as many as 26 points with 15 seconds remaining in the fourth quarter.

“It was important for us to adjust to their defense,” Shelley said. “We realized that with Corban’s height, we couldn’t just attack the basket every time. Once we recognized that, we took more short-range jump shots and found some success.”

Shelley led the team with 17 points and shot 6-for-15 with 5 of 6 free throws made. Of Shelley’s 12 rebounds, two were on offense and she added one steal and one block to the strong effort.

“Taryn is starting to play harder than she did earlier in the season which is good to see,” said MSUB head coach Kevin Woodin. “It’s really a priority that we get her paint touches and shot attempts. She has many different ways to score inside so we have to keep getting her the ball. Today she was working hard diving for loose balls and blocking shots so I was proud of her for that.”

Freshman guard Shayla Montague posted 14 points and eight rebounds and shot 5-for-13 from the field with four made 3-pointers. With the notable absence of starting forward Taylor Cunningham, Emily St. John played 30 minutes and was effective with 12 points (5-for-12) and four assists. Jeanann Lemelin made 7 of 8 free throws and finished with 12 points and 13 players posted minutes for MSUB. The ‘Jackets connected on 17 assists compared to 12 turnovers, less than half of their turnover total against Black Hills State earlier in the week.

“Our guards had a very good assist to turnover ratio today which was important,” Woodin said. “We did try to take it into the paint against their bigs and our shooting percentage wasn’t very high. Then in the second half, we did a better job of reading the defense and taking 5-to-10 foot shots more often.”

Jordan Woodvine led Corban University with 19 points (5-for-16) and five rebounds. Shaelie Burgess also made it to double-figures with 10 points and seven blocks for the Warriors. The Yellowjackets shot 34-percent (25-for-73) from the field and 41-percent (10-for-24) from 3-point range. MSUB also put away 28 points off turnovers and 17 bench points in the victory.

“I felt our defense was more consistent today,” Woodin said. “It ignited our offense at times and any time you can hold a college team under 50 points is an accomplishment. Having a significant advantage on the boards was something we’ve been looking for so that was nice to see. We are starting to communicate more on the floor and play with more intensity without fouling too often. Alisha and the other assistant coaches are getting the players to buy in more and more, so we are starting to see improvement.”

The Yellowjackets made 15 of 18 free throw attempts (83-percent) including 9 of 10 in the first half. Lemelin went 7-for-8 from the line and made five steals on defense.

The Yellowjackets (2-4) won their second straight non-conference regular season contest after narrowly defeating South Dakota School of Mines and Technology 58-57 on Saturday. MSUB is 3-0 at home this season, including exhibition contests. The team will take four days off as they prepare to host Chadron State College Saturday, November 23 at 2 p.m. The Great Northwest Athletic Conference schedule begins December 5 at Simon Fraser University.

In partnership with local Billings elementary schools, more than 500 third through fifth graders were in attendance at Alterowitz Gymnasium, which made for a raucous atmosphere.

“The crowd was amazing having all those kids in attendance. Our team visited all those school so we knew they were coming but they just brought so much energy with their signs and cheers, which was great,” Woodin said. “The spirit in the gymnasium helped us have our best fourth quarter of the year. I’m hoping the Elementary School game becomes an annual event.”

“We really strived to play hard in front of the kids,” Shelley said. “A lot of them look up to us and we wanted to show them how to keep persevering and fighting hard, even when times are tough during the game. I think the energy from them helped us seal the win today. We really appreciate the support from all the fans that come to our games.”

Taryn Shelley was named St. Vincent Healthcare player of the game. Shelley has two double-doubles this season and eight in her two-season career.