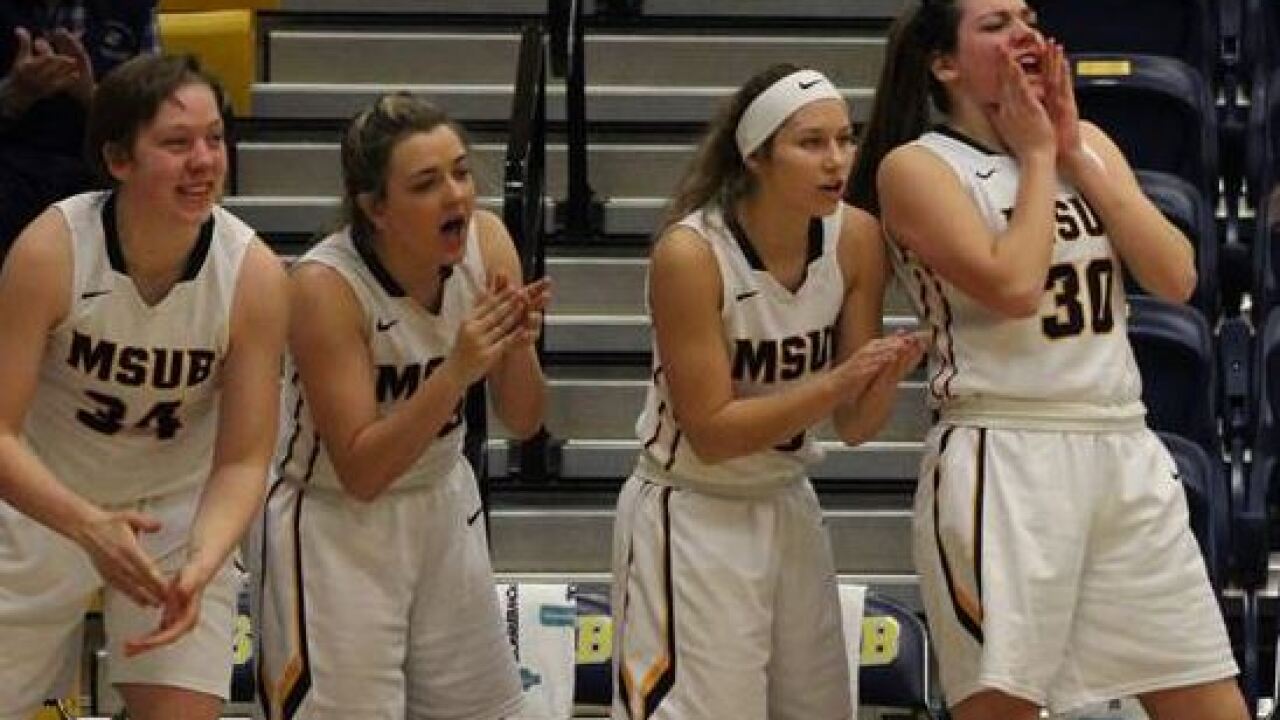 BILLINGS – A return to the Great Northwest Athletic Conference Women’s Basketball Championships will be on the minds of Montana State University Billings, which has released its 2019-20 schedule.

The Yellowjackets just missed the conference tournament a season ago finishing 12-14 overall and seventh place in the GNAC with a league record of 8-12. This year’s slate of games features stern competition throughout, including an immediate test against perennial NCAA Division II powerhouses.

“Our non-conference schedule is very competitive and it will prepare us very well for our conference,” said head coach Kevin Woodin, who is beginning his 16th season in charge of the program. “We begin with three games in Anaheim, playing a west-region playoff team from a year ago in CPP, and another regional contest against Mary who won 17 games last year. Our final game in California is against Drury, which is one of the premier programs in the nation.”

Fans will get a taste of the team on Oct. 26, when players of the past come back to challenge this year’s squad in the annual alumni game. MSUB will then play at Rocky Mountain College on Nov. 6 at a special location in First Interstate Arena at Metra Park, followed by its first home contest set for Nov. 9 against the University of Providence in a pair of exhibition matchups.

The ‘Jackets will finish off their non-conference schedule over the final two weeks of November, with a road game at Black Hills State and home contests against South Dakota Mines, Corban University, and Chadron State College. The matchup against Corban on Nov. 18 will feature a special noon start, and will be tabbed the Pack the House Elementary School Game with local elementary schools attending on a field trip.

“Home games are always exciting, and early we have our alumni contest and a home game against Providence who will be picked high in their league,” said Woodin. “We will have three area schools attending for the noon game against Corban, which will be an exciting event.”

The final contest of the calendar year is an exhibition game against NCAA Division I University of Montana, set for Dec. 20 at Dahlberg Arena in Missoula.

When the page turns to 2020, it will be 18 straight conference games as the race towards the postseason heats up. MSUB opens the new year at home against Northwest Nazarene on Jan. 2 and Central Washington two nights later. That will be followed by the team’s longest road stretch of the year, with four straight out of town from Jan. 9-18.

MSUB will enjoy its longest home stand from Feb. 6-15, with four straight games in Billings. That will be part of a stretch of 6 of 8 games at home to finish the 2019-20 regular season. MSUB’s schedule will also feature six doubleheader dates with the Yellowjacket men’s basketball team, including Jan. 23-25, Feb. 13-15, and Feb. 27-29. Other special-event games will include MSUB’s annual Pink Night on Feb. 13 against Alaska Anchorage, and Senior Night on Feb. 29 in the regular-season finale against Simon Fraser.

“Our conference will again be solid from top-to-bottom,” Woodin said. “Expectations are high for us to compete for a top seed into the GNAC tournament after narrowly missing out a year ago. We start with a tough road trip in early December. Another difficult stretch is when we play at the Oregon and Alaska schools in back-to-back weeks. It will be nice to have six of our final eight games at home, and we hope to peak down the stretch.”

The 2019-20 GNAC Championships will run March 5-7 at Brougham Pavilion on the campus of Seattle Pacific University. The top-six teams in the GNAC regular-season standings earn a spot in the conference tournament.

All home games and select road matches for the 2019-20 season will feature live video with play-by-play commentary and live statistics, available through the MSUB website.

“I am very excited as we return four players who started many games and played a lot of minutes a year ago, in addition to four other key returners,” said Woodin. “I believe that we have a strong class of recruits coming in, so I am hoping our team depth is vastly improved. We have the potential to have a great season, and it will be very exciting. I can’t wait for it to begin.”