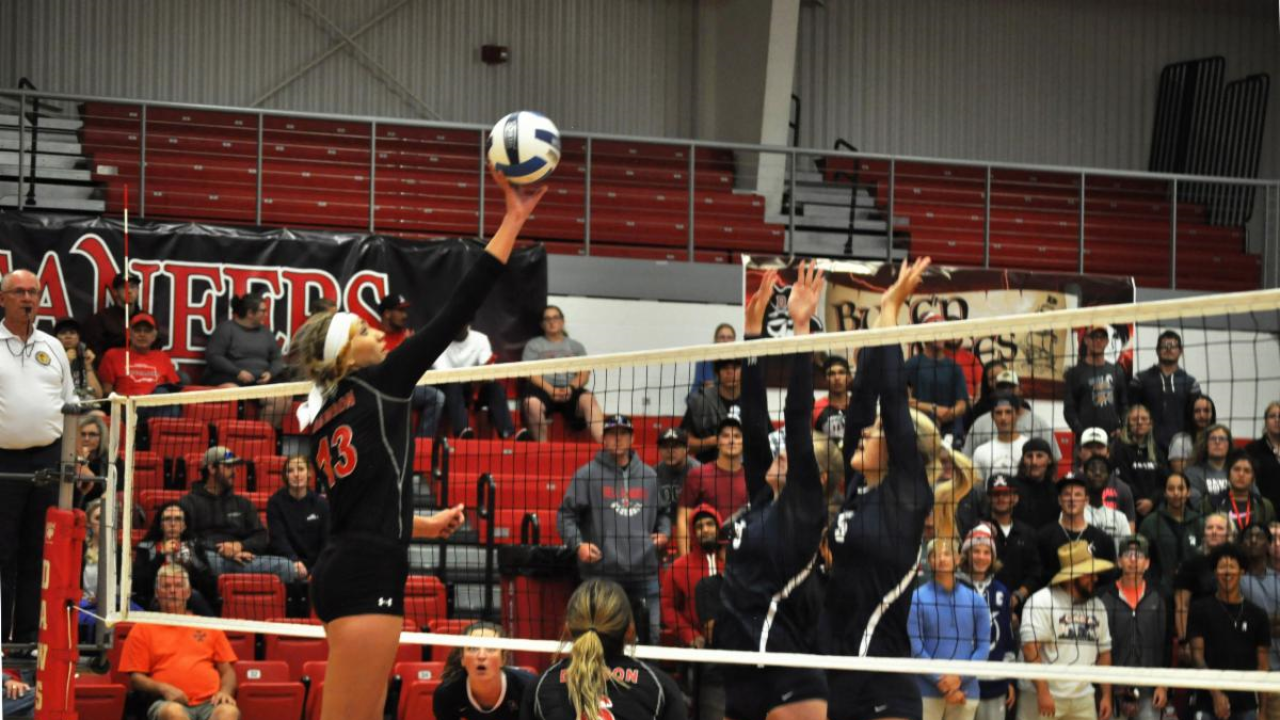 On Wednesday September 4th, the Bucs took on Dickinson State's JV team and fell short in four sets. After coming out to a great start and winning the first set 25-23, the Bucs lost the next three 12-25, 22-25, and 17-25. Harlee Speth and Shayna Baugh led the team with 11 kills each while Baugh also tacked on 3.5 blocks. Nynah Bryant ended with 25 assists and Tawney Stanton ended the game with 3 aces. Kinzee Koch led the defensive charge with 21 digs with Speth also contributing 10.

On Thursday September 5th , the Bucs faced Sheridan College and came up short against the Division I program playing them very tight with set scores of 20-25, 13-25, and 21-25. Team leaders for this game were Speth with 10 kills and 9 digs, Baugh tallied on 7 kills and 1 block. Bryant finished with 21 assists, Anniekate Burghduff finished with 15 digs with Koch right behind her with 14.

On Friday September 6th, the Bucs took on Western Wyoming first and lost a hard fought match against this tough Division I team with scores of 15-25, 9-25, and 10-25. The team ended the match with 11 kills, 38 digs and 6 blocks. After that match on the same day, the Bucs took on Colorado Northwestern. The Bucs bounced back and put a run on them, but it just wasn't enough to finish off the match. The Bucs fell 20-25, 22-25, and 20-25. Speth led the team in kills with 9, following closely behind was Baugh with 8. Koch led the team in digs with 23 and Burghduff and Speth also tallied in 13. Bryant ended with 22 assists and Baugh finished with 2 blocks.

The last day of the tournament had the Bucs facing Eastern Wyoming first game of the morning. The Lady Bucs lost this match in three 15-25, 16-25 and 21-25. The Bucs played well this match but just couldn't push past Eastern Wyoming. Speth once again was the leader in kills with 9 following right behind was Baugh with 8. Bryant tallied in 17 assists while also contributing 4 aces. Burghduff and Shaunita Blacksmith led the backrow with 9 digs with Speth and Koch right behind with 8.

The last game of the tournament for the Bucs was a real nail biter. The Bucs fell in 5 to Rocky Mountain JV team. After taking the first two sets 25-19, 25-21, the Bucs then lost the next two 23-25 and 19-25 forcing a fifth and final set where the Bucs then lost 12-15. In this close match, Baugh led the team with 25 kills and Speth had 11. Bryant finished with 40 assists and Baugh and Burghduff ended with 2 aces. Baugh also continued her dominance with her blocking ending the game with 5.5 blocks. Koch finished with 21 digs followed by Speth and Burghduff with 18 each.

The Bucs face off against conference opponent Lake Region State College Lady Royals on September 10th at home game starting at 7pm. The next day they will face another conference powerhouse at home when they play North Dakota State College of Science at 7pm as well.