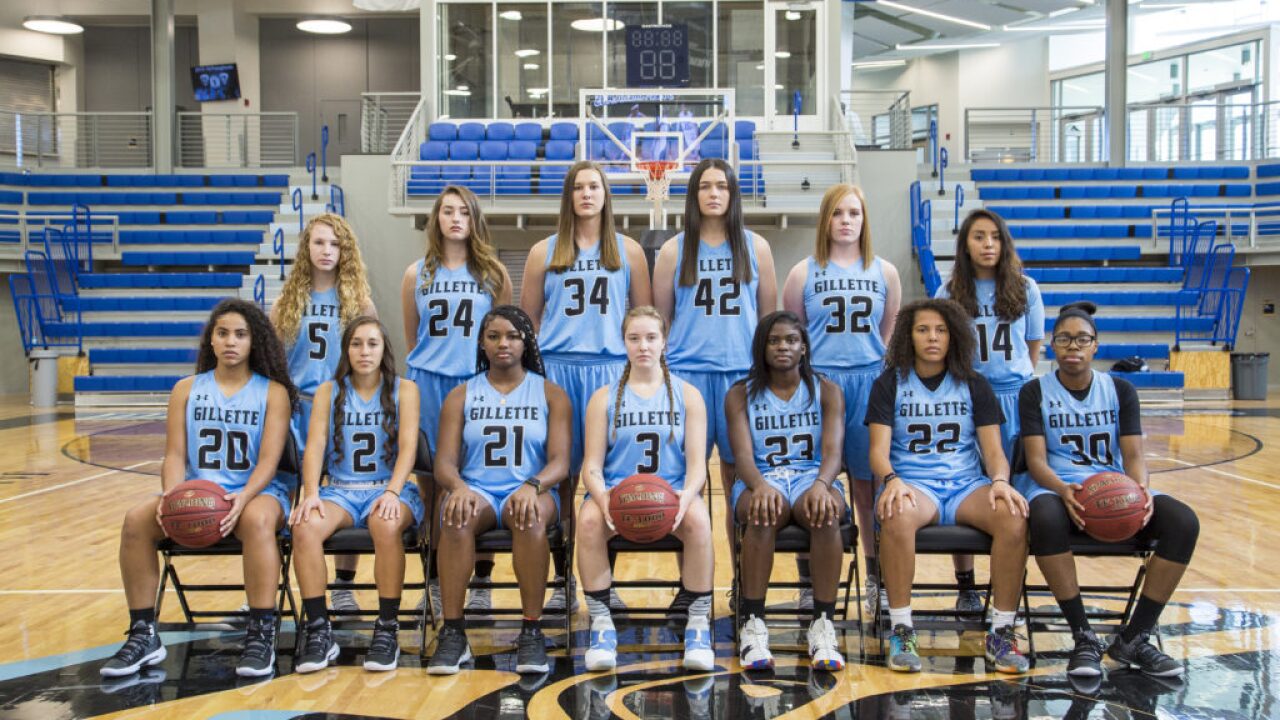 Courtesy Gillette College
The Gillette College women's basketball team, who finished the 2019-20 season ranked No. 21 nationally, was eliminated along with all other athletic programs at Gillette and Sheridan Colleges.

SHERIDAN, Wyo. -- Sheridan and Gillette colleges announced Thursday they are eliminating all athletic programs in the face of a nearly $4 million budget reduction to the Northwest Wyoming Community College District due to COVID-19 issues.

The athletic cuts will save approximately $2.8 million. The district is also discontinuing the Culinary Arts and Hospitality Management programs, along with reductions in funding to campus police and district administration. The total budget reduction to be considered at the Board of Trustees annual meeting July 1 is expected to be $3.96 million.

The elimination of all Division I Junior College athletics is a major blow to both schools. Gillette's women's basketball team finished last season ranked No. 21 nationally and was expected to begin the 2020-21 season ranked again.

“This decision was far from easy and definitely not something we wanted to take away from our student-athletes," said NWCCD President Dr. Walter Tribley. "However, we simply cannot maintain a vision that includes full-time coaches, full-ride athletic scholarships coming from our general fund, and expensive recruitment and travel.”

The cuts also include 16 layoffs, as well as seven unfilled positions that will be eliminated for good.

Both Gillette's women's and men's basketball teams posted responses to the announcement on Twitter on Thursday:

Today the decision was made to cut funding for all athletics at Gillette College. We’d like to thank the community for all of their support over the last 11 years. Shout out to @CoachShawnNeary for leading this program to a record of 268-90 (.750). One last time... #GoHorns

After finishing #21 in the Nation with a 28-5 record, Gillette College has decided to cut Women's Basketball. Thank you to all the fans and for all the support.

All athletic scholarships will be honored - replaced by academic scholarships to both current and incoming students - and students enrolled in discontinued academic programs will have the opportunity to complete required degree requirements. All athletes will be released from their commitments to NWCCD.

Rodeo teams at both schools will still continue, though with drastically reduced budgets.

According to Tribley, the long-term goal is to eventually bring back additional athletic opportunities with Division III teams in the future.