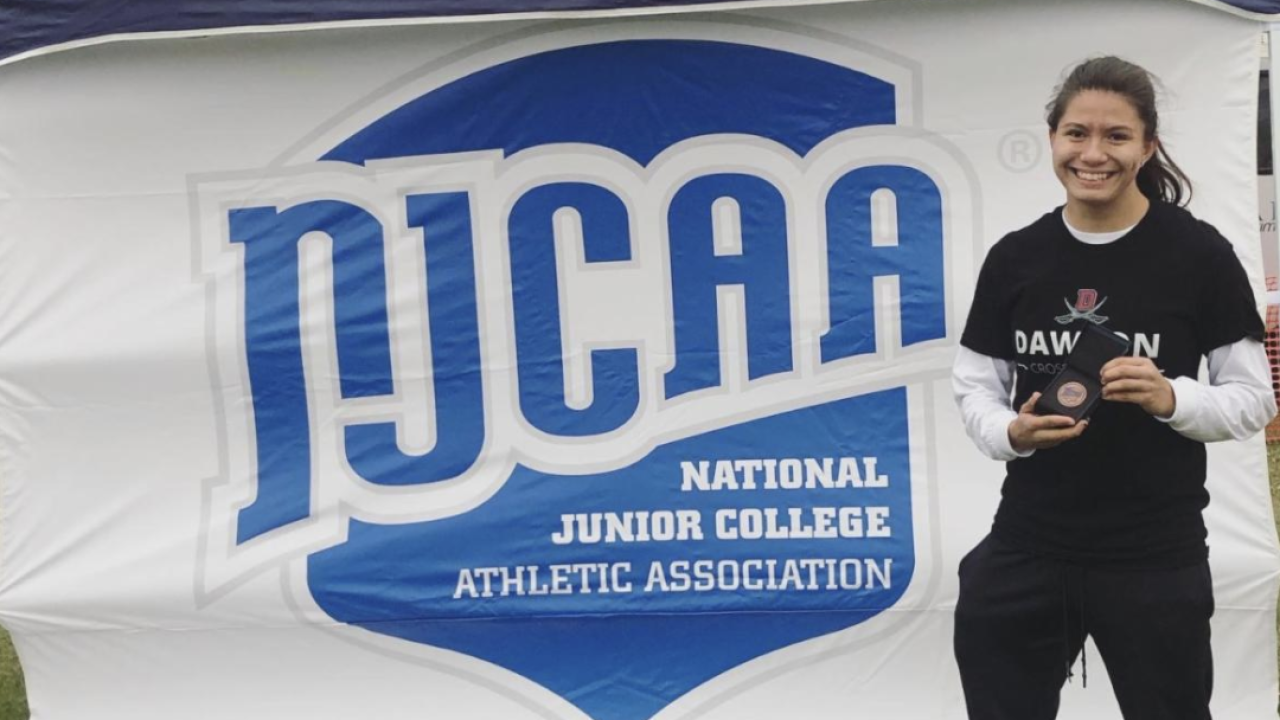 Perisien was in 24th after the first mile before jumping to 15th after the second. With 800 meters to go and fighting for position to remain in the top 15, the automatic qualifying mark for All-American honors, Perisien accelerated to 13th, securing her All-American status.

"After Mile 1, I knew she felt good and had the ability to move into the top 15," said head coach Alex Chase Wolff. "The next time I saw her on the course she was right where she needed to be. She never let up and finished strong. I am so proud of her and how far she has come since last year. I can't wait to see her continued success, as well as the program's."

Perisien also became the first DCC athlete to qualify and compete at the JUCO cross country national meet two years in a row.

The Bucs also had two men competing. Zach Austin placed 93rd out of 172 with a personal record of 29:28 while Jonah DuCharme placed 127.

The cross country team will now begin training for the track and field season set to begin in January.