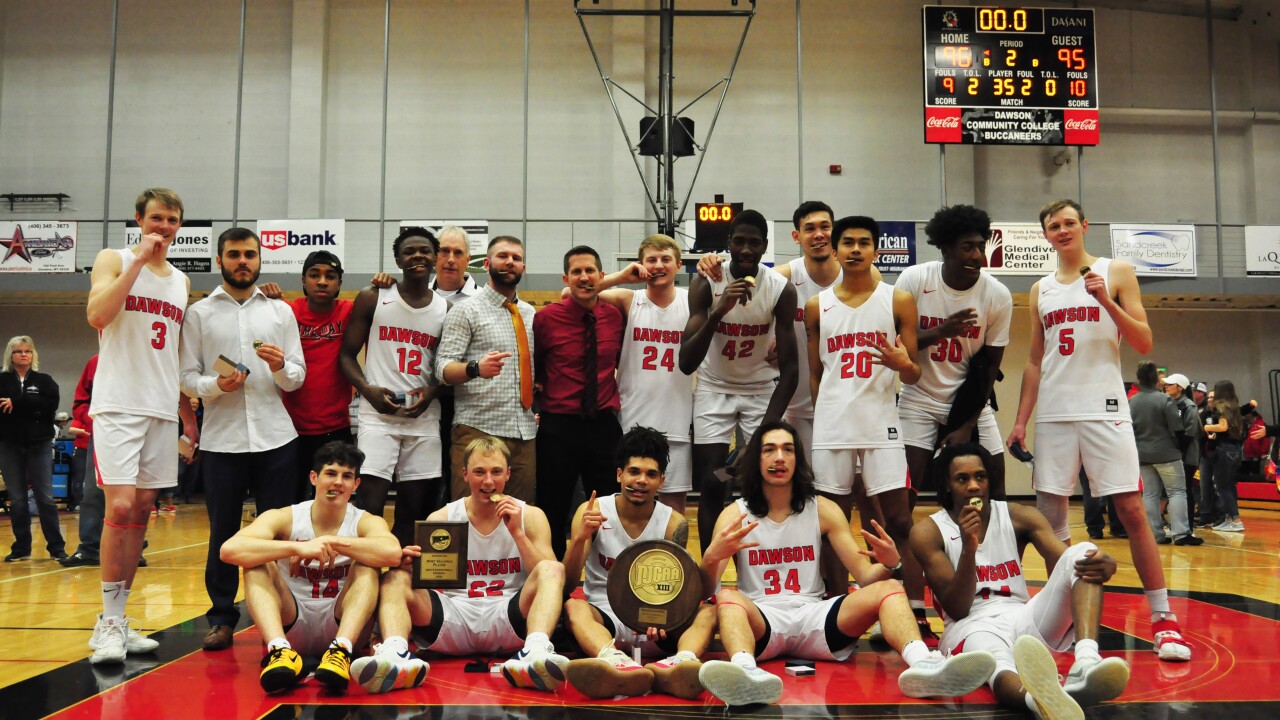 "Randy and Kose come from an excellent program in Texas that has had a lot of success, especially recently," Peterson said. "They have been well-coached and have great character. The culture of North Shore's program and their style is very similar to ours so I think these two will be great additions to Dawson on and off the court."

The athletic 6'6" forward is a three-year letterman and was named All-District twice. As a senior, he averaged 10 points, 7 rebounds and 3 assists per game.

"I'm very excited to say I'm taking my talent to DCC and good things happen for a reason," said Woodard. "I'm ready to put everything on the table to better my future."

"Randy is a high character kid who competes at a high level," said North Shore head coach Sam Benetiz. "He was an integral part of our success for the last two years and he will be missed."

Egbule also averaged 10 points per game; to go along with 3 assists and 2 steals. The 6'3 guard can play multiple positions. This past season he was named First Team All-District.

"Kose is a warrior," Benitez said. "He does all the things that don't show up in a stat sheet. He will truly do anything to help his team win. I have been blessed to have coached Kose Egbule for the past two seasons."

"Kose is very tough. His strength allows him to guard about any position and he can get wherever he wants on the court" said Peterson. "He will be a very good two-way player for us and can also rebound well for a guard. The best attribute he brings though might be his leadership, which is something we will need with so many freshman next year."

"It's a dream come true to play at the next level and I am thankful that Dawson has given me the opportunity to fulfill my dream," said Egbule.

This dynamic duo has helped North Shore to a 64-10 record the past two years. As juniors, their team reached the State Final Four in Class 6A, which is the highest class in Texas. During their final two years, North Shore played in six different regular season tournaments and reached the championship game in every one of them, winning four of the six.