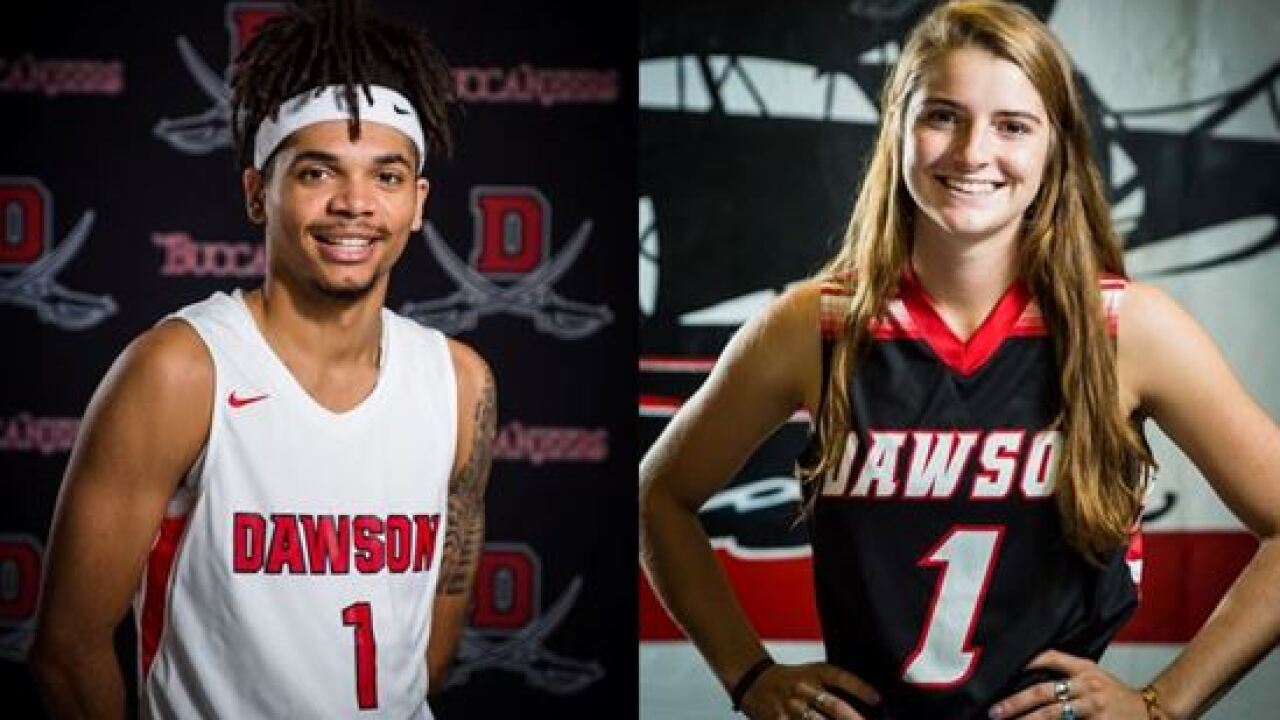 GLENDIVE - It was a great week for Dawson Community College as Buccaneers Camron Dunfee and Ashya Klopfenstein both were honored as Mon-Dak Conference Players of the Week.

During a 2-0 week for the Buccaneers, the 6'3" sophomore guard Dunfee scored 49 points in only 41 minutes of action while shooting 67% from the field and from the 3-point line. He also had 9 rebounds, 2 assists, 2 steals, and 1 blocked shot.

In their big showdown with North Dakota State College of Science he made three 3-pointers in the final two minutes of the first half to push the lead to 8 points at halftime. In the second half he led Dawson from behind with three straight baskets and then scored two more in the final three minutes of the game to ice the 106-100 win for Dawson.

Camron is from Castle Rock, Colorado and he attended Douglas County High School.

Klopfenstein had a big game in a thrilling overtime win over Lake Region State College. She had a double doube scoring 34 points, grabbing 16 rebounds, along with 6 steals, 4 blocks and 4 assists.

Ashya is from Howe, Indiana and she attended Westview High School.