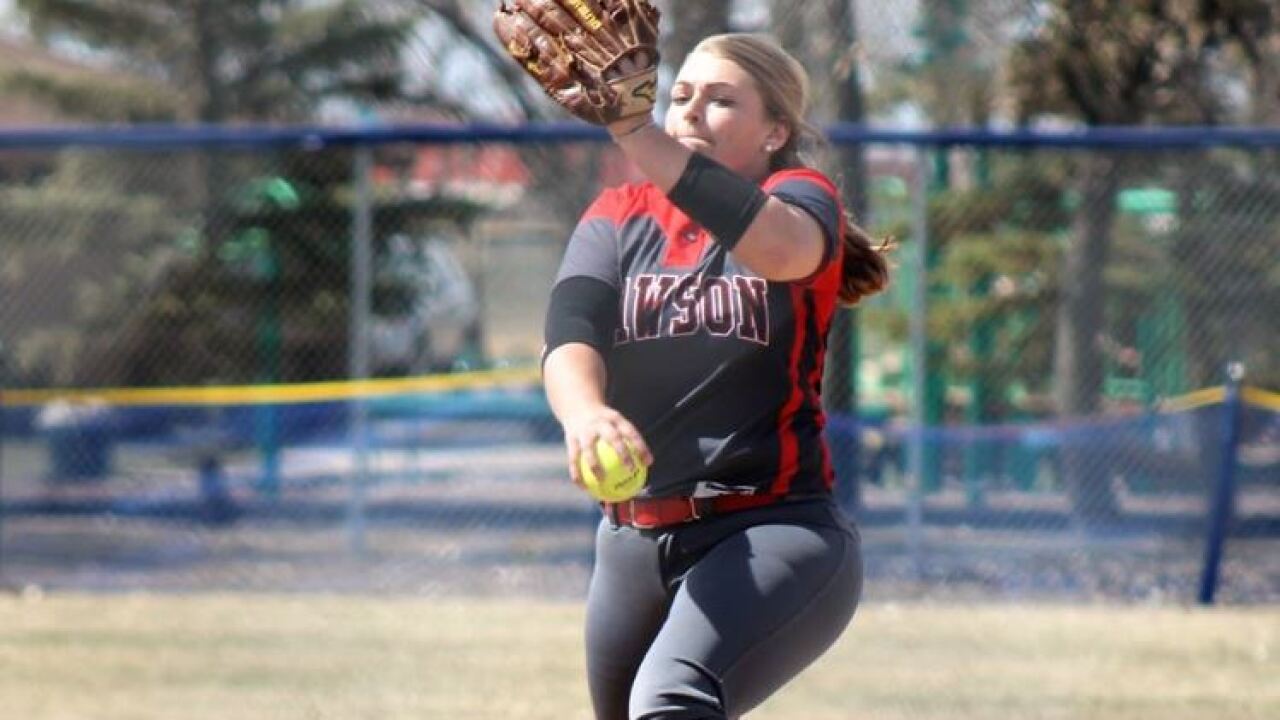 GLENDIVE - Dawson Community College is off to a winning start this softball season after taking two of three games in North Dakota's Minot Dome over the weekend.

North Dakota State College Of Science 4, DCC 2
- DCC stayed in it until the end, but North Dakota State College of Science pulled away late in a 4-2 victory on Saturday. Dawson evened things up at 2-2 in the bottom of the fourth inning when April Davis drove in two when she doubled. In the top of the sixth, Regin Suchla homered on a 1-0 count scoring two runs for Science. April Davis went 2 for 3 at the plate to lead Dawson. The Lady Bucs didn't commit a single error.

Dawson scored 10 runs in the third inning, as the Lady Bucs' big bats were led by Martin, Smith, Tingey, Kilgore, Marshall and Bennett all sending runners across the plate with RBIs in the inning. Kappel led things off in the pitcher's circle for the Lady Buccaneers. She pitched five innings, allowing zero runs on one hit, striking out nine and walking zero.

Dawson racked up 11 hits in the game. Marshall, Smith and Copinga each racked up multiple hits. Marshall led Dawson with three hits in three at-bats. Lady Bucs didn't commit a single error in the field.

"In Game 1 against NDSCS, we did not hit the ball well at all," said head coach Jim LeProwse. "Their pitcher did a good job of hitting her spots and keeping our hitters off balance. In Game 2 against Miles City, we hit the ball better and did a great job of limiting the Pioneers' chances offensively. We held them to four hits. In Game 3, we hit the ball very well and executed offensively very well. It was a great weekend of softball for us to kick off our 2020 season."