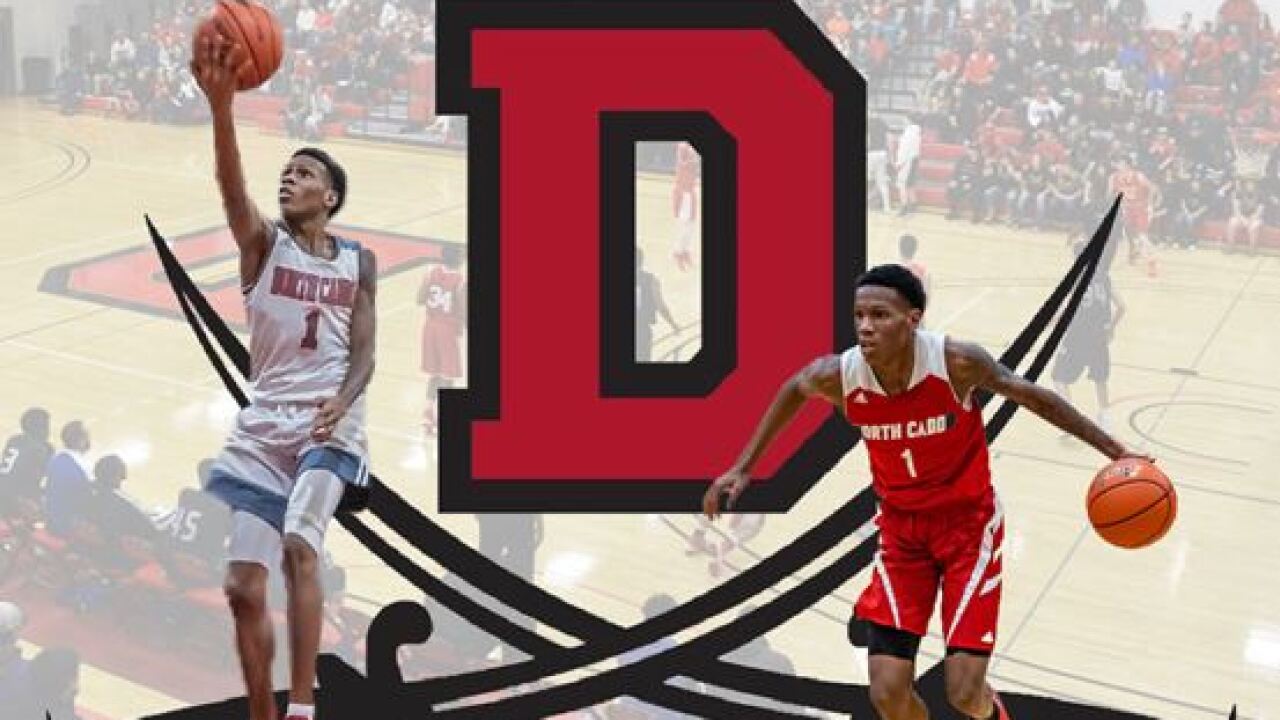 Martin had an outstanding senior season for North Caddo High School in Vivian, Louisiana. His hometown is north of Shreveport and close to the borders of Texas and Arkansas. In 32 games this season "Reggie" averaged 29.1 points, 5.1 rebounds, 4 assists and 2 steals a game while shooting 47% from 3 point range. He was selected 1st team All-District for the past two years and was the District MVP as a senior. He was also an Honorable Mention All-State selection.

"I think Reggie is another young man who was under the radar," said DCC head coach Joe Peterson. "He is incredibly talented athletically and has a great knack for scoring. He is a perfect fit in our up-tempo pressing system and can play any of the three guard positions."

"I'm thankful to be able to go away for college and play the game I love," Martin said. "I'm ready to get to work."

"The brotherhood at Dawson is unreal," Swanson said. "It reminds me of my brotherhood back home. And I love how supportive the community is of the school."

As a junior, Swanson averaged 13 points, 5.3 assists, 4.2 rebounds and 2.3 steals per game while shooting 49% from the field, 41% from 3 and 73% from the charity stripe. He led his team to a 19-7 overall record, finishing 2nd in the conference. He was named All-Conference that year. Unfortunately, after the season concluded, Swanson had to have knee surgery and has been battling back since then to get fully healthy. As a senior, he averaged 9.5 points, 4 assists, 3 rebounds and 1.4 steals. Swanson played varsity all four years of high school and helped Overland win the conference championship as a sophomore, going 12-2 in league and posting a 19-9 overall record on the season.

"Hez is one of those guys who has all of the intangibles," said Peterson. "He will be another high character guy with a great work ethic that will be a great fit for our program. He is a classic point guard who can run the show, get others involved and can go get a bucket when he needs to. He plays both ends of the floor equally well. I think he was overlooked by some coaches because of his injury, but I know he's out to prove people wrong and will be a force to be reckoned with next year."