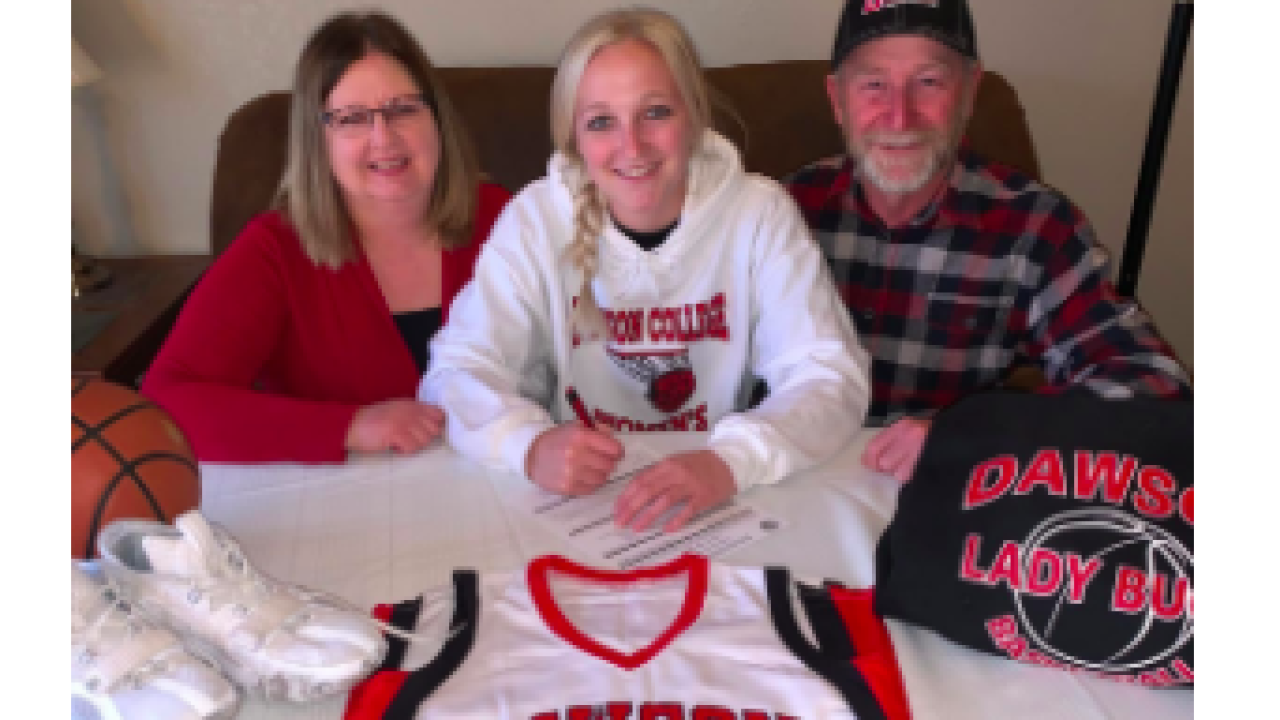 "I'm excited to attend Dawson Community College to further my education to be successful in the career path I chose," Rouane said. "I feel very fortunate to play at the collegiate level while furthering my education."

The 5'10 Rouane will be the second in the family to suit up for the Lady Buccaneers. Sister Kyla played for head coach Romeo Lagmay, Jr. during the 2015-2017 campaigns. Kyla is part of the 2017 team that still holds the second best record in the history of the program.

"Brenna comes from a great family," said Lagmay. "Her sisters were just as athletic. So I know that we are getting a player who is 100% committed in the classroom and on the court. She will bring depth to our rebounding game. Brenna also has a good shot blocking skill set. It's a good feeling to know we are acquiring another Rouane to play in a Buccaneer jersey."

Rouane completed her high school season a decorated athlete individually and had a lot of team success. Under the leadership of head girl's basketball coach Jeromey Burke, Columbus won district and divisional championships in 2018-2019 with an overall record of 21-6. This past 2019-2020 season they went 16-7 and won the Class B District Championship before losing out to Roundup and Forsyth in the Class B Divisional Tournament.

"Brenna's athleticism and work ethic will make her an asset at the next level," said Burke. "She's anchored our defense for 3 years and her natural instincts on the court created a lot of problems for our opponents. Brenna's leadership will be a great addition to the DCC program and I can't wait to watch her grow as a player there."

In her four years at Columbus Rouane lettered in three sports: volleyball, basketball and track. As a volleyball player in 2018, she earned the team's Leadership Award. In 2019, she was named captain of the volleyball team. Her freshman season in track, she was voted All-State for 400x 400 Relays. In 2018, she was voted Team's Best Teammate, and in her junior year was awarded Best Female Jumper.