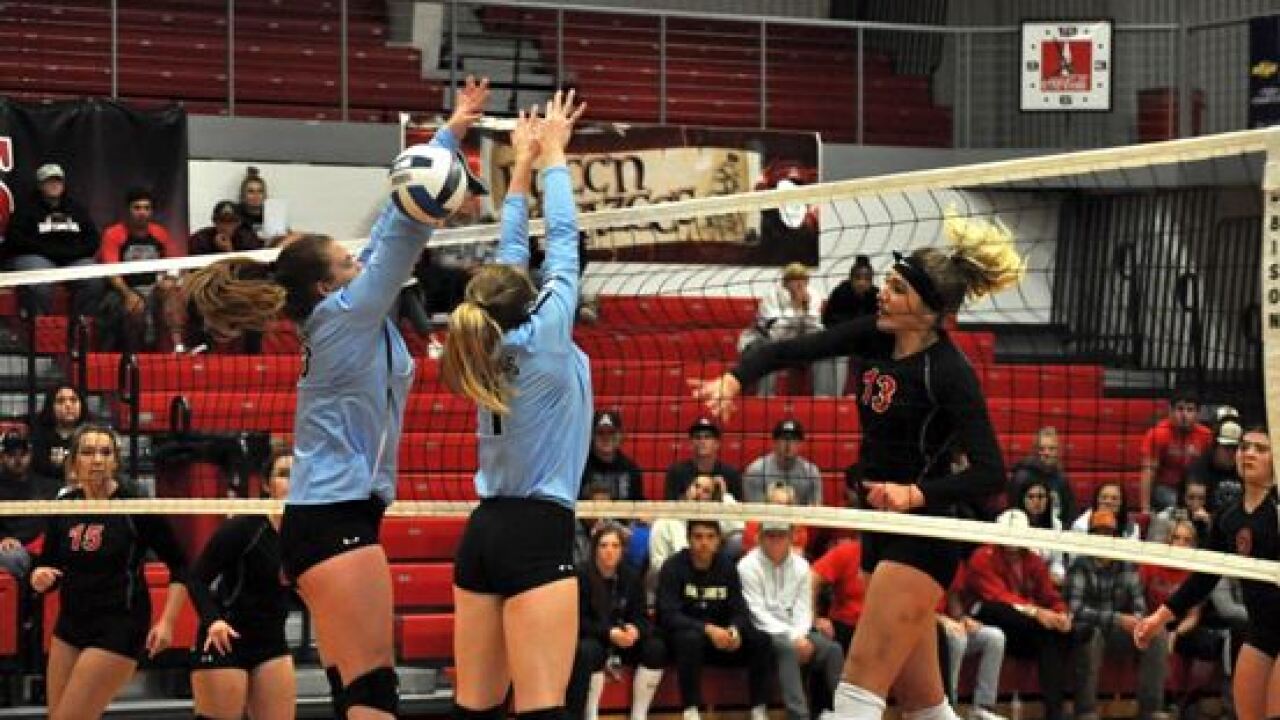 GLENDIVE - Dawson Community College beat Lake Region State College on Tuesday for their first conference win of the season. The Bucs lost the first set but rallied back to win the next three for a match final of 23-25, 25-19, 25-14 and 25-20.