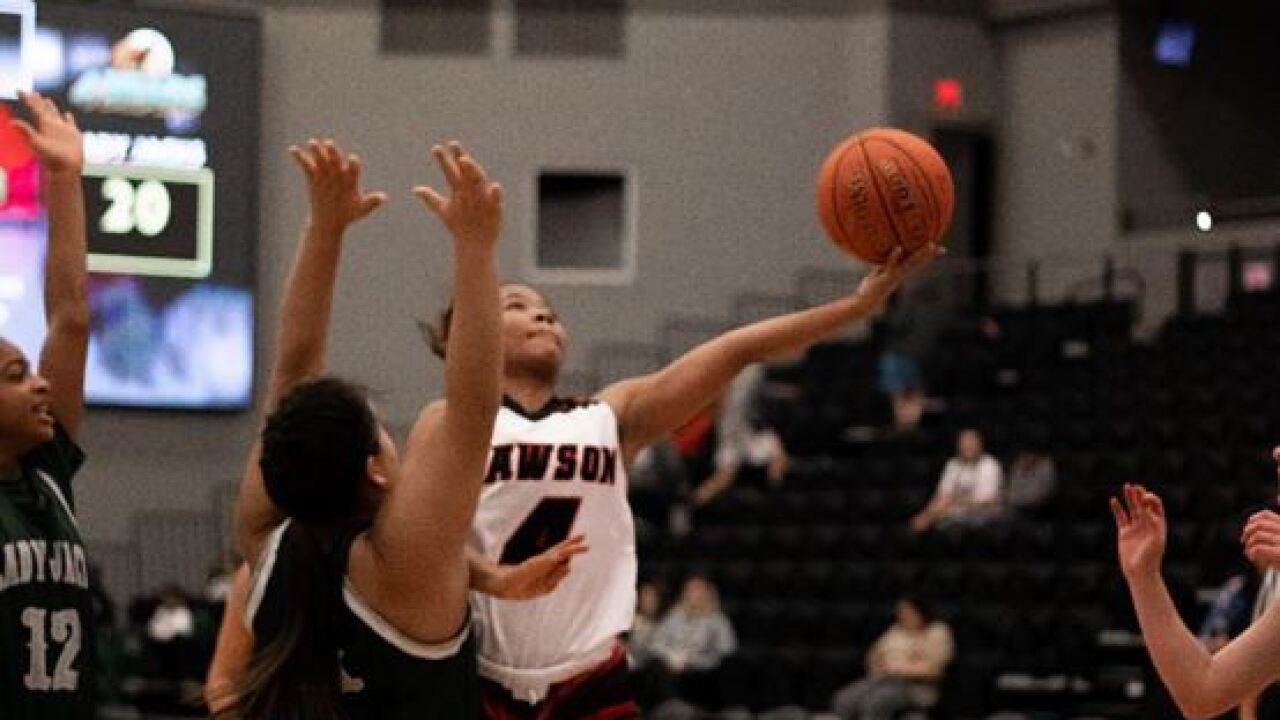 The Lady Bucs would jump out to an 8-0 lead in the first quarter, but the Lady Spartans tied the game 10-10 halfway through the first. Dawson would outscore Colorado Northwestern every quarter but the 3rd, as they lost some focus and allowed Colorado Northwestern to win that quarter 17-10. There were 6 ties and 4 lead changes.

This time around DCC would have a better shooting percentage all around, except from three-point range. They shot 41 percent from the field and 73 percent from the free throw line; however, a season low of 10% from the 3-point line was obviously a downer for the Lady Bucs. Their points leaders were Ashley Orozco with 14, Tamiya Francis with 13, and playing in only her second game of the season due to concussion protocol, Ashya Klopfenstein chipped in with 12 points, five rebounds and eight steals.

"We got rocked really hard the night before, but resiliency has been a key term describing our freshmen," said head coach Romeo Lagmay, Jr. "I'm glad to know our players can re-focus on the task at hand; however, we will have to get much better at putting the ball in the basket and staying focused."

Dawson is now 3-4 on the early season and opens a three-game homestand on Friday with the University of Jamestown JV, a rematch the following day with Gillette, and concluding with Rocky Mountain College JV on Sunday.

DCC's women couldn't seem to challenge Gillette College from the tipoff in Friday's loss The visitors found themselves in the deep end drowning in every quarter, never coming up for air, and eventually losing to the Lady Pronghorns 42-92.

It would be a horrible shooting night for DCC as there were no players in double figures for the game. They shot 25% from the field and 15% from the three-point line. Without a Lady Buc as a scoring threat, other areas also suffered with 24 turnovers, a rebounding deficit of 10, and not being able to stop Gillette's transition offense.

The fourth quarter would be Dawson's worst performance as the Lady Pronghorns outscored the Lady Bucs 30-8. Gillette had 3 players in double figures with Kobe King-Hawea scoring a game high 29 points, Sara Calavia with 13 points and Sklar Patton with 11.

"This team is not in a bracket where they showcase a losing performance getting whooped by 50 points," said Lagmay. "We are very young, and we are all learning to come together to find better chemistry. It's early in the season, and the hope is to improve every game, and start being successful the Dawson way...and that's winning consistently, all while competing at our fullest potential."