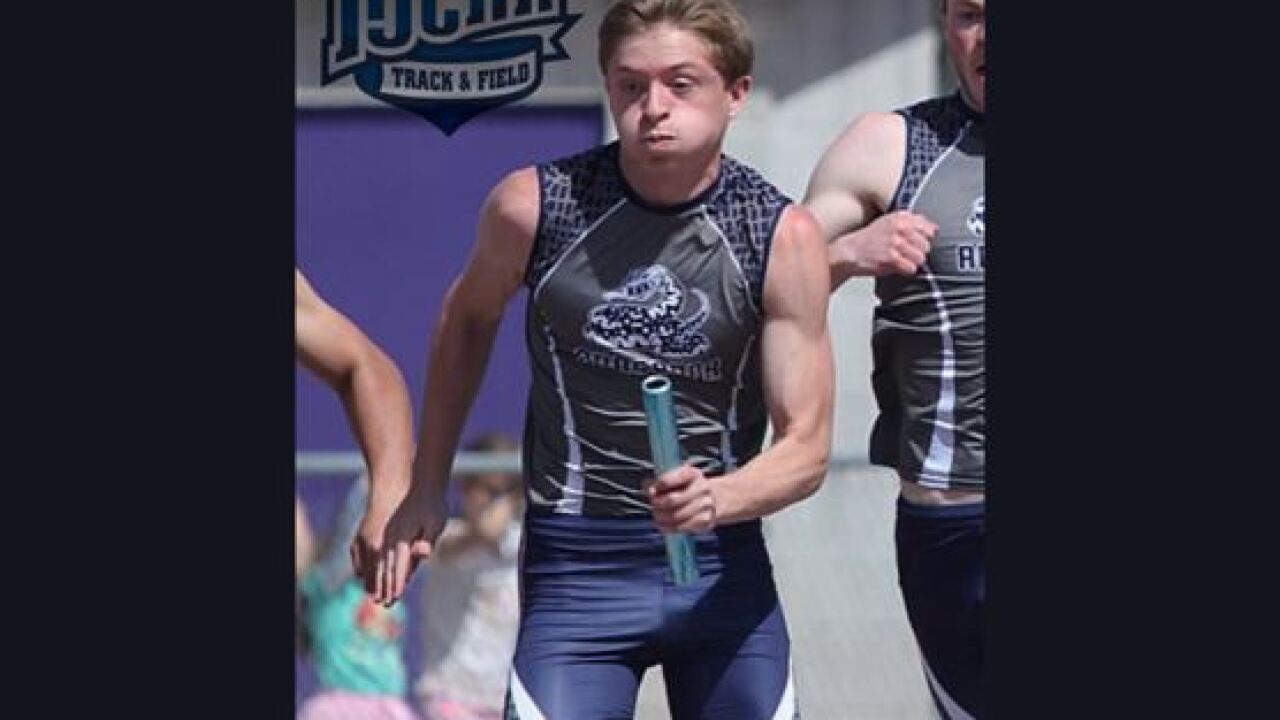 GLENDIVE - Michael Galle of Anaconda has signed his Letter of Intent to run for the Dawson Community College Track and Field program.

Galle has been a multi-sport athlete in high school, lettering four times in both track and basketball, as well as lettering three times in football. He has also been Second Team All-Conference in basketball during his junior and senior years of high school, showing his willingness to work hard and compete at a high level.

"It's in my blood to run! I can't wait to excel in the track program at Dawson. I'm super excited to not only join the track and field program, but also to become a Buccaneer," Galle said.

Originally Galle had decided to come to Dawson and walk-on as a red-shirt for the men's basketball team. He then saw there was a track program and since his track season was cut short this year, he felt he still had something to prove out on the track. Galle has been running track since his friends invited him to run in seventh grade, and he has loved it ever since.

"I am thrilled to have Michael join our program. He will be a huge asset to our team, as he has the attitude to work hard and support us as we develop a legacy here at DCC," said head coach Alex Chase. "Michael has a great attitude and has been really positive in regards to his last high school track season being canceled, and looking forward to proving himself on the track next year. I know how tough it is to miss out on your senior sports seasons, and I am so glad that Michael took this as an opportunity to push him to continue his track career into college here at Dawson."