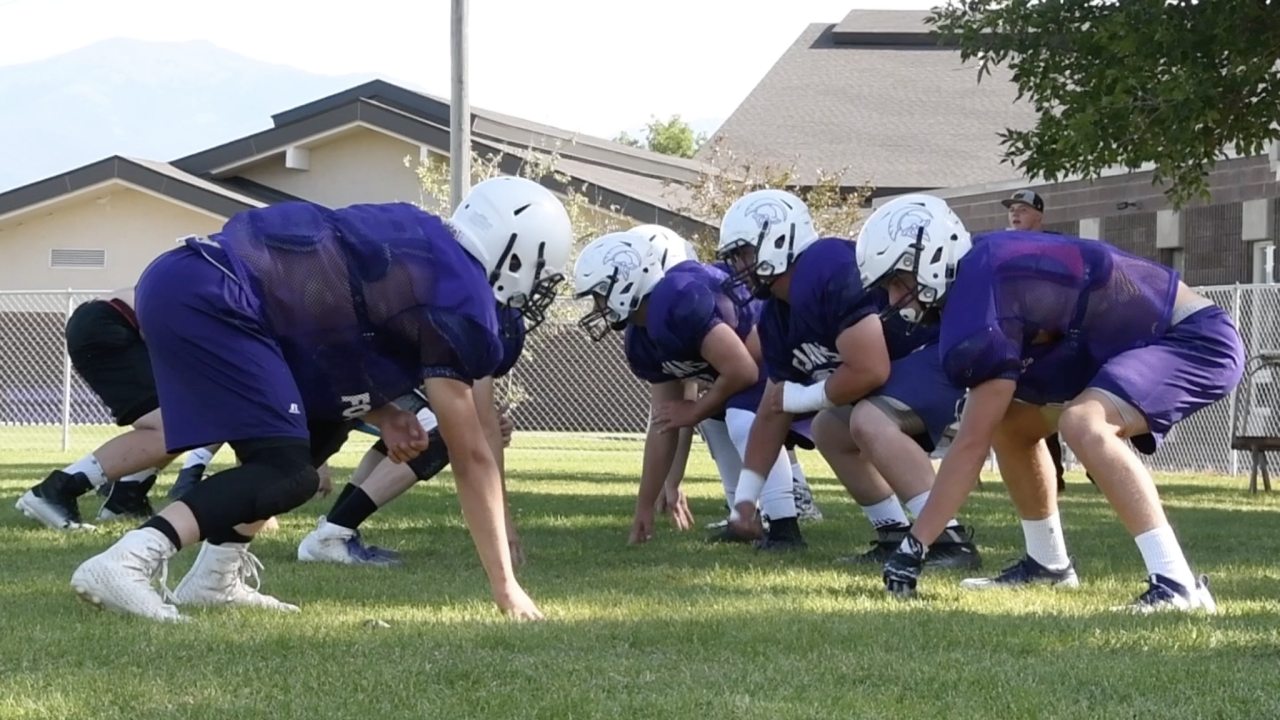 “We’ve got a lot of fast kids out here. We’ve known each other since we were born, so we’re all family,” said Tegan Robbins, a junior running back/linebacker.

Injuries derailed Whitehall’s season before it even got started last fall. Then-senior quarterback Max Feight, who earned all-state honors as a junior, tore his ACL in the early stages of the season, ending his high school career.

If the Trojans are to return to the playoffs this season, guys like Tegan Robbins and Dylan Smith will play big roles.

Smith, a junior offensive and defensive lineman, will be a three-year starter this fall. Robbins has the potential to be an electric two-way player.

Beyond those two, though, is a lot of youth.

“We got a new quarterback in Miles Hoerauf. Young guy, but I think we’re going to get him up to pace,” Smith said. “Got a couple new guys at running back. We got a freshman, Sage Booth. Then we got our returning running back, Evan Wagner, who came in once Sawyer Keener got hurt last year in the Three Forks game. Those guys can both just get going uphill, and they can run people over.”

“We’ve got a lot of young guys coming in, we’re going to start a freshman at quarterback, so it’s been a big learning curve for him, so I’m excited to see what he has,” Lacey said. “It’s nice to have those, like I said, non-conference games to start the season to see where we’re at and kind of get a measuring stick going into conference play.”

If Whitehall is to take the next step this season, it’ll first start with those three non-conference games: at Cut Bank on Friday, home against Shepherd on Sept. 6 and at Missoula Loyola on Sept. 13.
The Trojans will then begin play in the ultra-competitive Southern B, where any one of the league’s seven teams could contend for the conference championship.

“The coaches have all been around quite a bit, so we kind of know each other a lot,” Lacey said of the South. “It’s fun. Every year you’re going to have a battle and you look forward to it. There’s a bunch of different rivalries we have. It’s exciting to go out and compete with each other. Every week’s a slugfest. You take it one game at a time and hope you finish in the top four and get an opportunity to play in the postseason.”

“It’s tough,” Robbins added. “We got a lot of good teams, and hopefully we can compete this year.”