What I'll be watching: Battles between 2018 playoff teams in Week 2 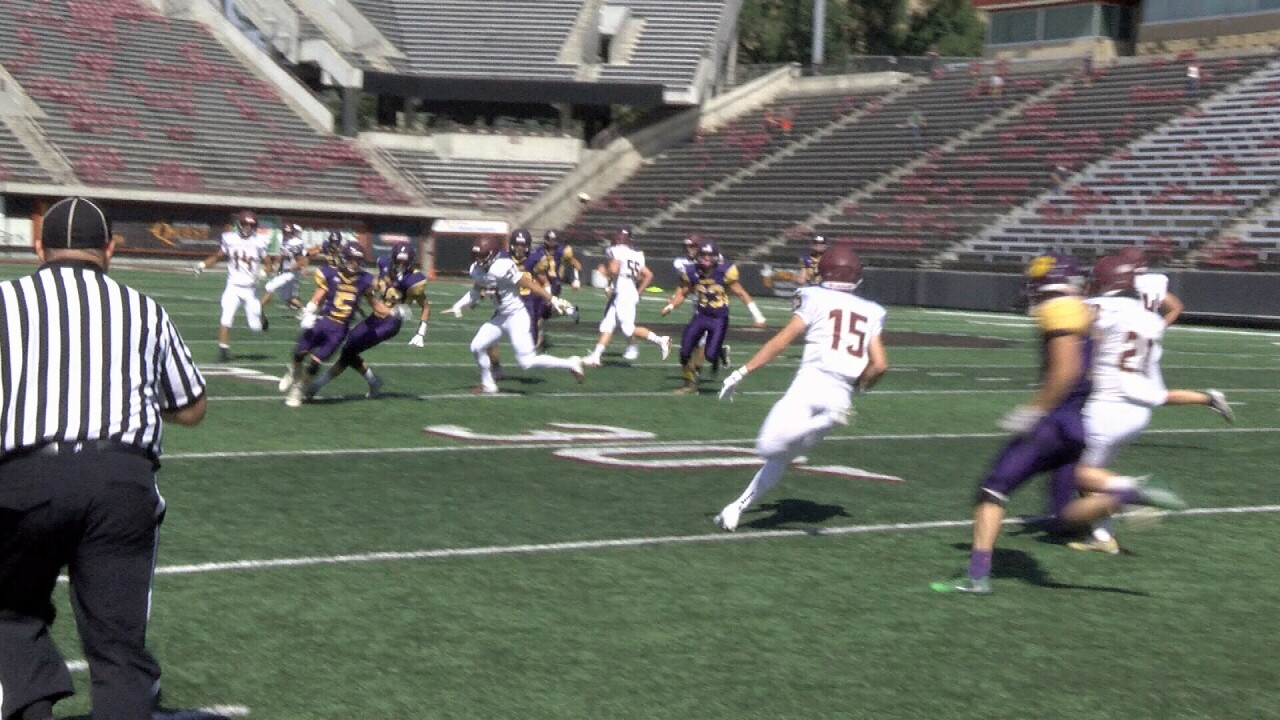 MTN Sports
Florence football is looking to not only make a return to playoffs, but get a home game in round one and move on.

High school football season is in full swing with Week 2 on the horizon.

Week 1 offered a glimpse at what players, coaches and fans can expect for the 2019 season. Week 2 will pit some of the state’s heavyweights against each other in early season showdowns. Defending Class A state champion Billings Central opens its season against a playoff team and a rematch of last year’s Class B state title game highlight what I’ll have my eye on in Week 2.

· Butte was dominant in a Week 1 win over newest Class AA member Belgrade. The Bulldogs travel to Great Falls on Friday to take on Great Falls CMR, which lost its season opener to Helena High by 11 points. Butte should be among the favorites in the Western AA this season and is looking to get off to a 2-0 start.
· Billings Senior fell to Helena Capital in Week 1 after Parker Johnston totaled four touchdowns for the Bruins. The Broncs will face another Western AA opponent in Week 2 – Missoula Sentinel. Sentinel defeated Great Falls High in its season opener and will look to prove it belongs in the conversation for the best in the Western AA. Senior is looking to rebound and avoid an 0-2 start.

· Billings Central, the defending Class A state champion, makes its 2019 debut on the gridiron on Friday night at home against Lewistown. Both teams are replacing several key pieces from last year’s teams, but Lewistown posted an impressive 55-0 win over Livingston in its season opener. This game should give good indication where both teams stand early in the season.
· Pegged as one of the favorites early in the season, Hamilton impressed with a 23-point win over Butte Central in Week 1. The Broncs will host Corvallis, which made the quarterfinals in 2018, on Friday night. Can Corvallis be the team to take the next step and challenge Hamilton in the Western A?

· Defending Class B state champion Fairfield will open its season Friday night against Missoula Loyola – the team Fairfield defeated to win the 2018 championship. Fairfield and Missoula Loyola sit Nos. 1 and 2 in the Treasure State Media Poll, which is conducted by Anthony Nachreiner out of Kalispell. The Eagles are replacing several starters but have been known to reload quickly. Loyola is certainly out for revenge and can cement itself as an early favorite in Class B with wins over Fairfield and Huntley Project in the first two weeks.
· Florence lost in the opening round of the 2018 playoffs, but the Falcons are looking to build upon that appearance. Florence opened up the season with a 28-15 win over Jefferson at Washington-Grizzly Stadium, but Week 2 will be a stiffer test as the Falcons travel to Manhattan. Manhattan finished second in the Southern B last year before falling to Fairfield in the quarterfinals. This will be measuring-stick game for both teams.

· Fairview sits atop the Treasure State Media Poll after throttling Scobey in Week 1, but Week 2 brings another 8-Man East challenger. The Warriors will travel to Culbertson Friday night to face off with the Cowboys, who finished second in the conference in 2018. If Fairview is able to control the game again, the rest of the 8-Man East could be chasing the Warriors all season.
· Belt will be the site of an 8-Man North battle between the Huskies and visiting Great Falls Central. Belt missed out on the playoffs after going 2-5 last season, but the Huskies picked up a 40-point victory on the road in Week 1. Great Falls Central finished runner-up in the North in 2018 but is replacing a large chunk of its production on both sides of the ball. This should offer a bit of clarity to the conference race early on.

· Richey-Lambert was impressive in its Week 1 dismantling of perennial 6-Man power Geraldine-Highwood. The Fusion will face another 2018 playoff team as they travel to White Sulphur Springs on Saturday. Richey-Lambert can add another impressive win to its early season resume, but White Sulphur Springs has the chance to prove it’ll be a contender in 2019.
· Denton-Geyser-Stanford sneaked into the playoffs as the No. 4 seed from the 6-Man North in 2018, but the Bearcats suffered a loss in Week 1 to Hobson-Moore-Judith Gap. They’ll host Power-Dutton-Brady on Saturday, as the Titans are looking to prove they belong in the playoff discussion in the North. This game could prove pivotal for playoff positioning as the season progresses.