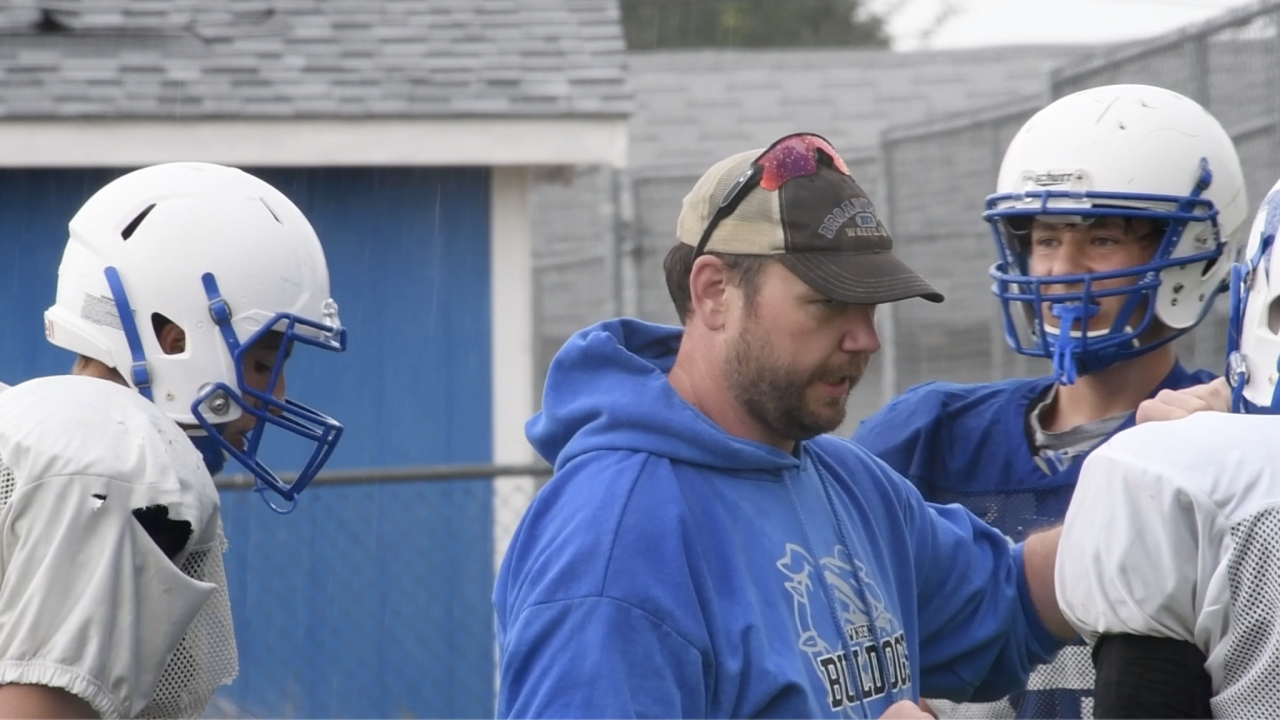 TOWNSEND — Like most high school football programs, Townsend has seen some ups and downs over the years.

The Bulldogs, though, have found some level of consistency over the past decade, frequently advancing to the Class B playoffs, including each of the past two seasons.

“I love our coaching staff, all of them,” added junior offensive lineman/linebacker Wade Leachman. “I think that it’s really fun to have to really fill big shoes and have that want, will to win, and I really like it a lot.”

There are certainly big shoes for Townsend to fill this fall. Receiver/defensive back Kameron Rauser and quarterback/linebacker Tyson Racht both graduated and joined the football program at Montana Western.

Rauser and Racht were part of a six-player senior class last fall, but coach Travis Rauh has seen a number of players step into bigger roles already this fall.

“Really pleased with the progress we’ve made,” Rauh said. “Got a lot of kids that have stepped up and starting to fill out some positions, and we’re starting to get a good idea of what we can do well and what we still need to work on.”

Specifically, receivers Aaron Geisser and Gavin Vandenacre are set to have big seasons for the Bulldogs, but — as any coach will tell you — success typically starts in the trenches.

“I think with our offensive line being the way it is, and we have a few good running backs, as well, I felt good about us running the football, but as well as our passing game has looked so far at the beginning of the fall camp, I think we have a chance to be a very balanced offense, which will be nice,” Rauh added.

With the youth at the skill positions, a veteran offensive line will be asked to provide leadership. Those guys have been impressed with what they’ve seen from their teammates in the early stages of fall practices.

“We just need to focus in on just staying that mental strong and staying assignment-sound even if we’re getting down, but I think that we’ll be good there. But just need to keep that in the back of our heads,” Leachman said.

Added Hill: “We’re really going to come out, we’ve got a lot of heart going into this, and we’re really pushing for perfect practices and making sure we’re going out here 100 percent. As far as that goes, hopefully that covers up all our weaknesses."

Townsend opens the 2019 season with the team that ended its 2018 season: Bigfork. The Vikings defeated Townsend twice last year, including 47-13 in the first round of the Class B state playoffs.

“We definitely have a little bit of a grudge, so we’re going to come out firing on all cylinders,” Hill said. “We’re ready for a little bit of a comeback or something. We want to make sure we put up a good fight, especially coming back from what happened last season.”