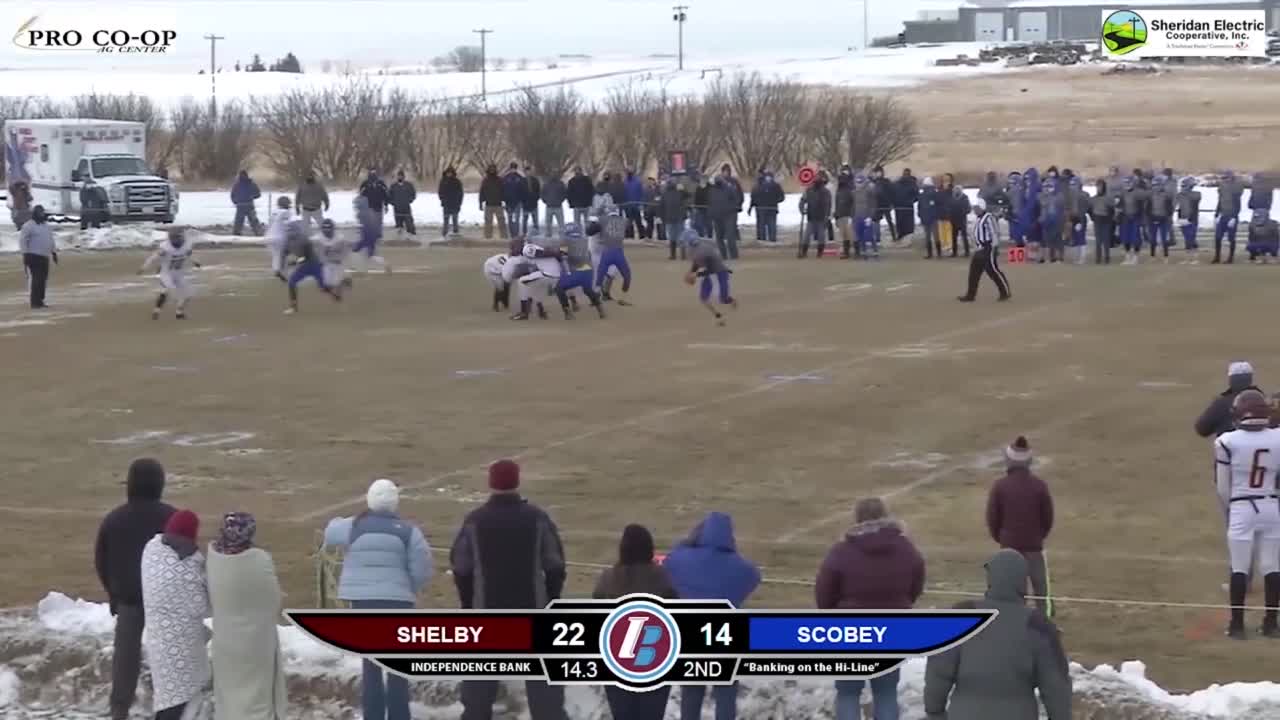 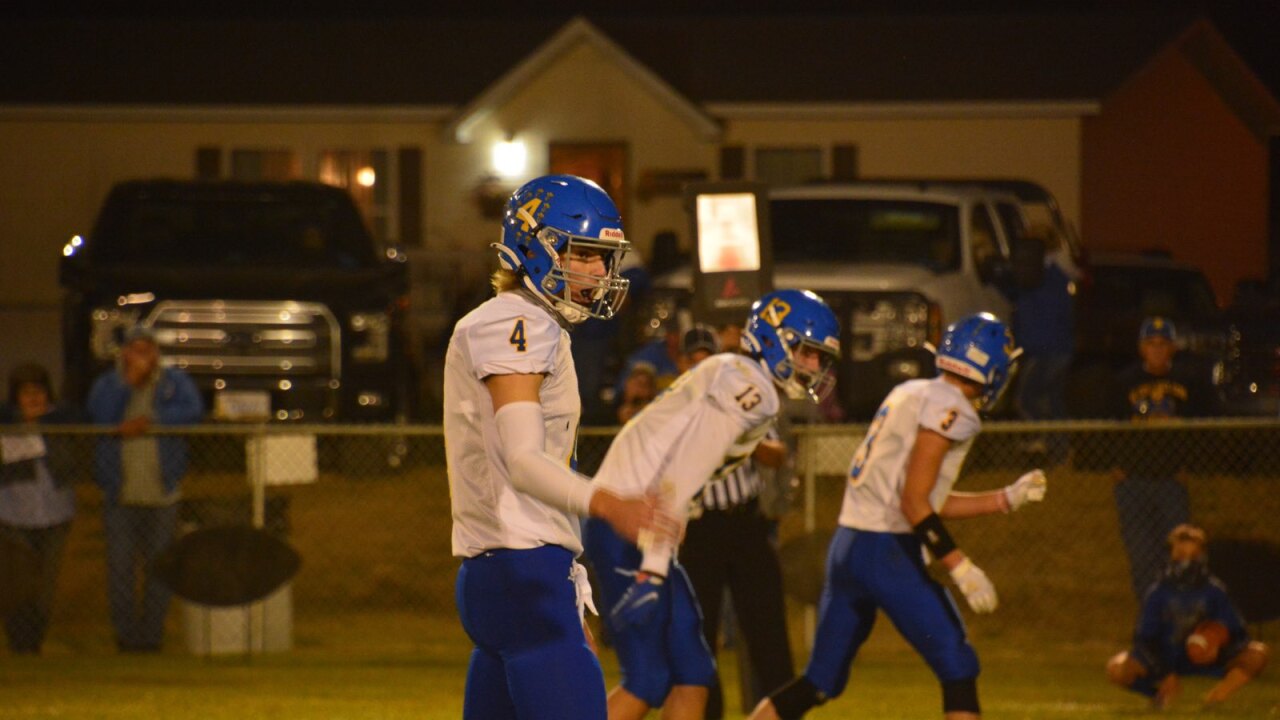 On Saturday afternoon, Scobey will be making its first appearance in the 8-Man football state championship game since 2002, when the oldest of this year’s senior class was still scampering around in diapers.

Though it’s the first state championship game the Spartan seniors have played in, they have plenty of big-game experience throughout their athletic careers that’s prepared them for this moment.

“I never thought my first state championship would be in football," said senior wide receiver Caden Handran, who has been a big part of Scobey's success on the hardwood, too. "Getting to play in a state championship is huge. Playing in a big game, that’s why you want to play sports. Playing in big games is huge and that’s how you can leave a legacy, is winning big games.”

“This doesn’t bother them. They know what it’s like and they know how to deal with it. I think our kids are pretty relaxed going into this," Scobey head coach Brock Berryhill said. "Don’t get me wrong, it’s going to be a battle. But I don’t think we’re going to be tight, like, ‘Let’s get this done.’ I think we just want to go play and see how good we are.”

Scobey, the 8-Man East champion, will certainly have its hands full with 8-Man West champion Drummond-Philipsburg. The Titans are led by Montana State commit Kade Cutler, who is among the most dynamic athletes in Montana, regardless of class. Cutler alone presents a handful of challenges, but the Titan offense is by no means a one-man show.

“It’s a daunting task. They’re good. They’re really well-coached. They’re really athletic. Kade Cutler is really good and he’s got really good players around him. But it's not just him," Berryhill said. "He does a lot of things really well. He runs their veer offense very well. You can tell he’s been doing it for a long time and you don’t see him make any bad reads. When he’s running with the ball, he’s tough to get down. He’s really athletic and explosive. I can see why Montana State offered him. I’m a Cat fan. I’m happy for the Cats. Not happy for us, but I’m happy for the Cats. He’s something special. But it’s not just him. He’s got a good running back. His linemen really get after it. They’re not the biggest guys, but they’re fundamentally sound and they’re aggressive. They’re just a well-oiled machine right now.”

While Cutler headlines a talented Titans roster, Scobey has its own lethal weapon at quarterback in Jayce Tande. Tande’s two favorite targets, Handran and Parker Cromwell, have been playing together for years and have developed such strong connections that sometimes communication isn’t needed.

“It’s been really nice having Caden come back. He’s 6-(foot)-5, it’s easy to get him the ball. Me and Parker have played all four years together and we just know what we’re doing together," Tande said. "We have played with each other since we were fifth graders and our chemistry is just really good this year.”

“We’ll see something on the field and we’ll have a call for a route to run, but I’ll run a complete different route. You’d think that would mess with the quarterback, but I somehow get the ball," said Cromwell, a senior wideout. "I won’t even run the route that’s called and I’ll just see something. You’d think that would lead to a pick or a ball thrown not even close to where I’m at, but it works out.”

2018 was the first year of a neutral-site state championship game in 8-Man football, which Drummond-Philipsburg won over Great Falls Central at Naranche Stadium in Butte, but it’s reverted back to host schools in this pandemic-altered season. That means Scobey will make the near 500-mile trek over the span of three days, with stops on Thursday in Great Falls and Friday in Butte, where the Spartans will practice at Montana Tech. The long trip won’t stop the Spartan faithful from following.

“We have all of our tickets sold and everyone is still trying to find tickets. I think we always travel well. Going to state basketball all the way in Missoula – I think this will be the same thing. We’ll have just as many people as Drummond since we get the same amount of tickets," Cromwell said.

"There’s a lot of people that would want to be in the spot that we’re at. We want to make the most of the opportunity and enjoy it and just play well. Let’s not focus on winning, let’s just worry about us playing well and let the chips fall where they may," Berryhill said. "I’d rather be on a bus than collecting gear.”

Since Scobey won the 8-Man title in 2002, Drummond won five titles before combining with Philipsburg to win two more in 2017 and 2018. Kickoff is slated for 1 p.m. on Saturday afternoon in Drummond.