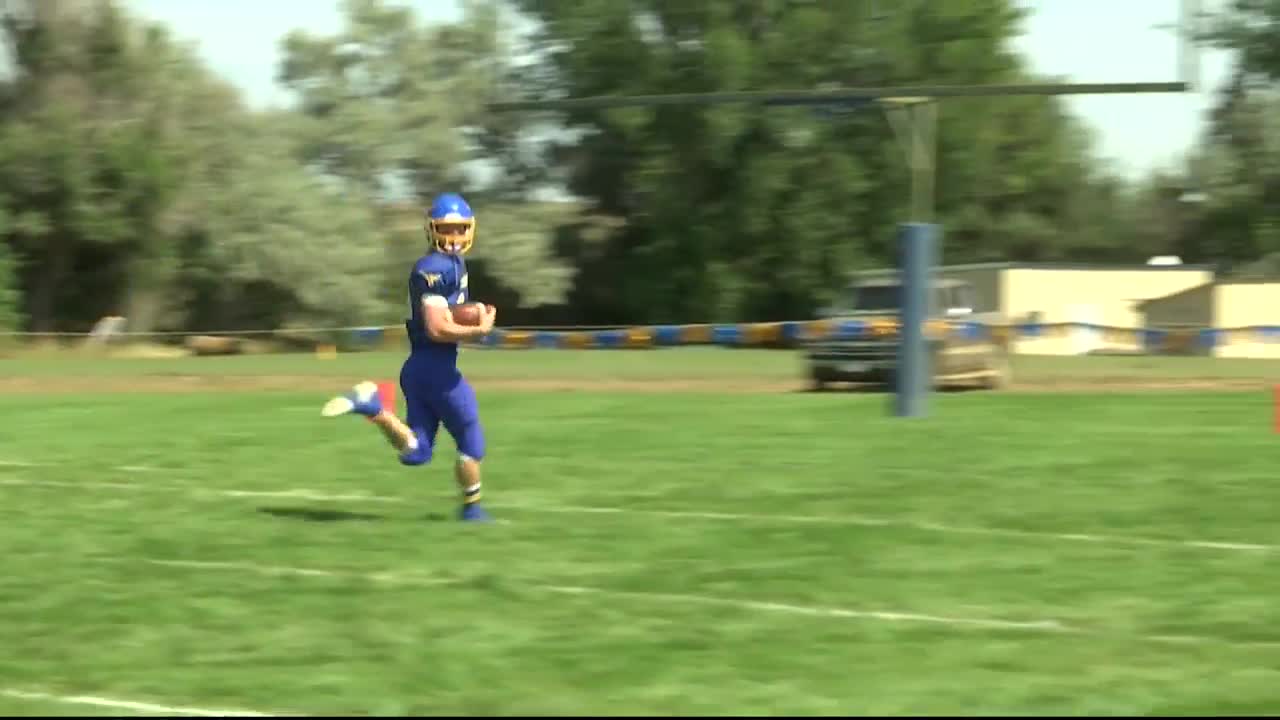 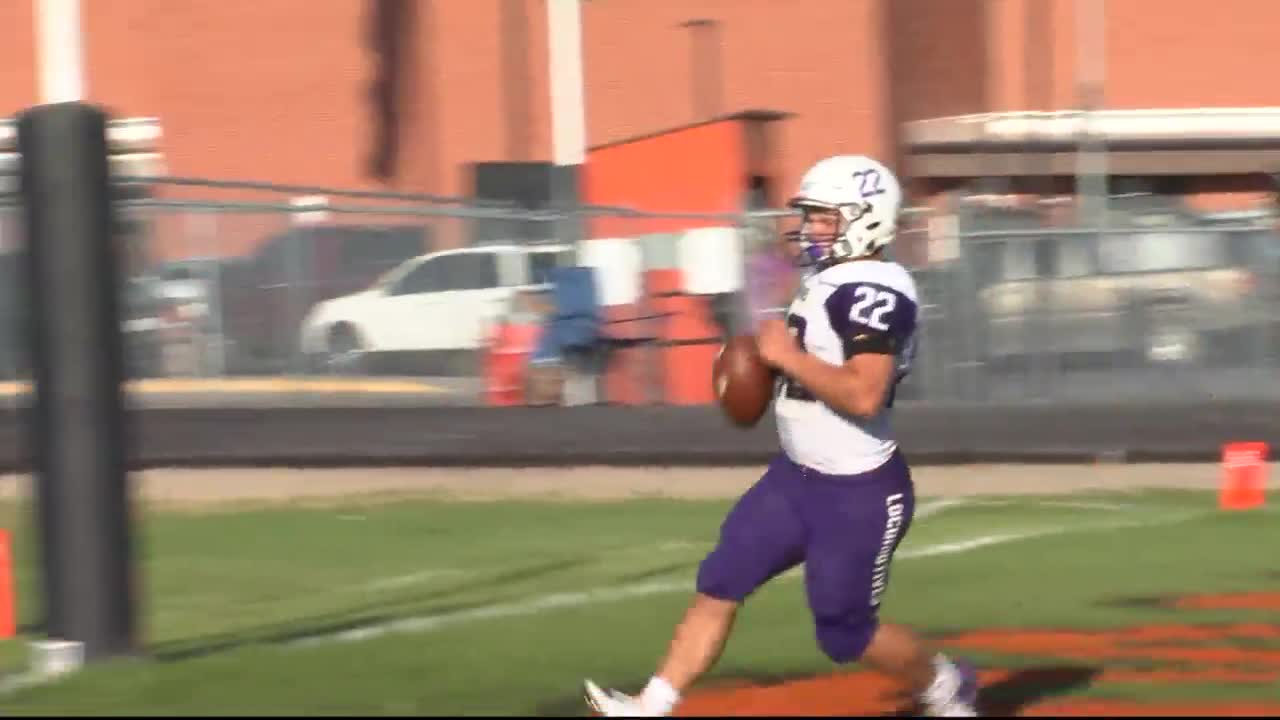 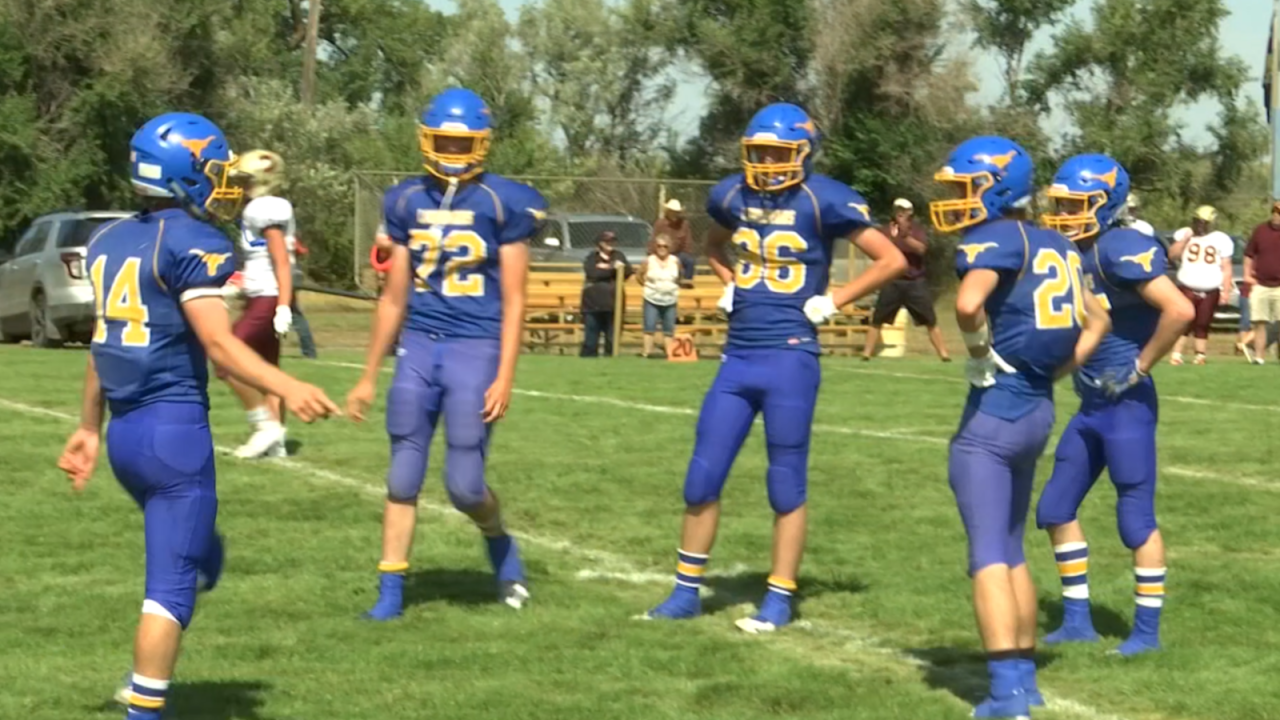 WIBAUX -- If Saturday afternoon is any indication, Wibaux won't be giving up its throne atop 6-Man football anytime soon. The Longhorns ran roughshod over Bridger, building a 47-6 halftime lead on their way to a 61-6 victory.

"For a first game and kids that are stepping into starting positions, overall I think we're pretty happy with our younger kids," Wibaux head coach Craig Lunde said. "We just want to play good defense, and that's what really carried us at the end of the season last year, is our defense really came along. We want these guys to continue that."

"We hadn't even played a game yet and people were already counting us out saying that these teams were going to be the teams to beat and just completely forgetting about Wibaux," Longhorns quarterback Tel Lunde said. "For us to come out and dominate like we did, that was really nice."

Wibaux wasted no time getting on the scoreboard. Tel Lunde, widely regarded as one of the best 6-Man players in the state, led the Longhorns on a scoring drive capped by a 19-yard touchdown pass to Wyatt Davis. Bridger answered with a 35-yard scoring toss from Chance Goltz to Jake Kallevig, but it was all Wibaux from that point.

On the next possession, Lunde had a highlight-reel touchdown run, evading all six Bridger defenders on his way to a 48-yard score. Lunde added his second rushing touchdown of the game from 5 yards out to push Wibaux's advantage to 21-6 after the first quarter.

"If (defenses) keep looking at me, I just got to do what I can to make plays and then get my other teammates involved," Tel Lunde said. "If we do that we're going to go a long ways."

The dominance on the ground continued, as Gavin Nelson added a 28-yard scoring scamper, Lunde scored from 24 yards out and Davis rumbled in from 23 yards to push Wibaux's advantage to 41-6 and force a running clock. Lunde added a 27-yard touchdown pass to Davis in the final minute of the first half. Davis and Nelson added rushing touchdowns in the second half.

"I know coming into the season we have to use (Tel) a little bit more running," Craig Lunde said. "We didn't run him too much, we didn't have to last year. We're going to have to let him carry the ball a few more times this year. That will help with the passing game, too."

"Bridger is definitely a nice team. They're going to get some wins this year. It's always nice to play a good team and do well, so we're happy," Craig Lunde said.

Wibaux will travel to Bainville next Saturday, while Bridger will make the short drive to visit Fromberg the same day.

Laurel sent an early message to the Eastern A Saturday with a 49-0 win on the road at Hardin. The Locomotives scored 27 points in the first 16 minutes of the game, led by new junior quarterback Eli Aby, fullback Cameron Younger, and running back Ethan Renner.

Tyler Gann rushed for 158 yards and three touchdowns on just 14 carries in helping Valley Christian to a 48-24 win over Reed Point-Rapelje. Gann also caught a touchdown pass in the win. Roman Becker added 107 yards and two TDs, and Zack Streit led the defense with 10 tackles, two sacks and an interception.