Quite the kicker: Billings Central's Camden Capser among nation's best 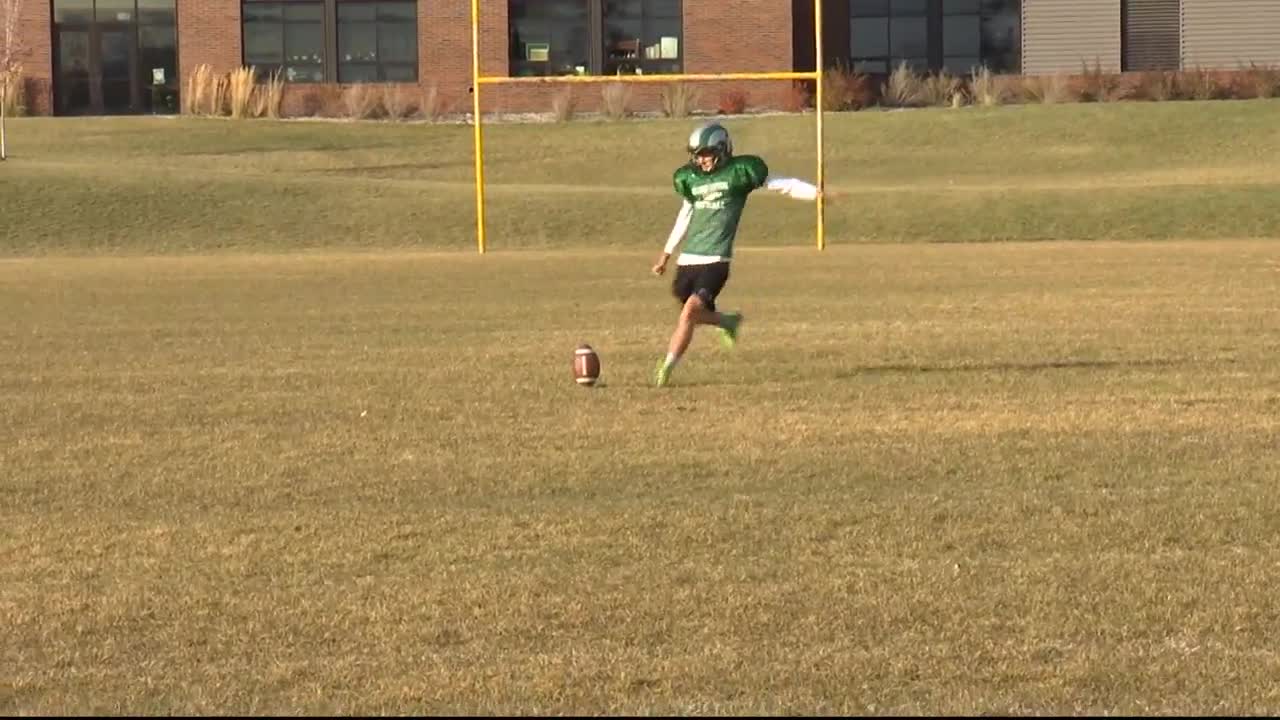 BILLINGS -- Ask a young boy what he wants to be when he grows up, and football star is often near the top of the list. Quarterback, running back, wide receiver. The skill positions.

"I love every part of it. It's fun being out there," Billings Central's Camden Capser told MTN Sports. "It's a lot of pressure, but it's pretty fun."

Kickers have the hardest job of all -- everybody expects a make, but boos wildly on a miss. Imagine that job description.

"It's a lot, but my coaches have faith in me, my team trusts me and that really helps us," said Capser. "I always have the support of my family, the fans and our school, so make it or miss it, it's no big deal."

Luckily for Billings Central, it's usually the former. Two weeks ago, Capser set Montana's all-class extra points record, now sitting at 137. And he's made the last 76 in a row, which puts him in the top 25 nationally all-time. He's a rare weapon in the Treasure State.

"In high school it's a little unique," Rams head football coach Jim Stanton said. "I think a couple weeks ago we sent him out there for (a 50-plus yard attempt). No. 2 is field position. Kicking the ball deep in the end zone really helps our cover teams."

Capser got the idea to try kicking from success on the soccer field as a kid, which by the way, he still excels at. Capser led Central in scoring this year with 13 goals, all while leading a double life.

"It can get crazy. I go to two practices a day, an hour of football and then an hour and a half of soccer," Capser said. "Sometimes I have two games in one day, usually soccer on Saturdays and football on Friday."

One of the crazier trips was two weekends ago after Capser set Montana's PAT record in Central's win over Havre on a Friday night.

"We hit the road right after, made it to Bozeman, then woke up the next morning early and made our way to Corvallis," Capser recalled with a wry smile.

The Rams won that morning quarterfinal soccer game to reach the Class A state semis and complete an impressive turnaround.

"It's incredible. Coming off last year with only one win, this year to be in the semifinals, it's crazy," Capser said. "It's been so much more fun with my team, and obviously winning is pretty great, too."