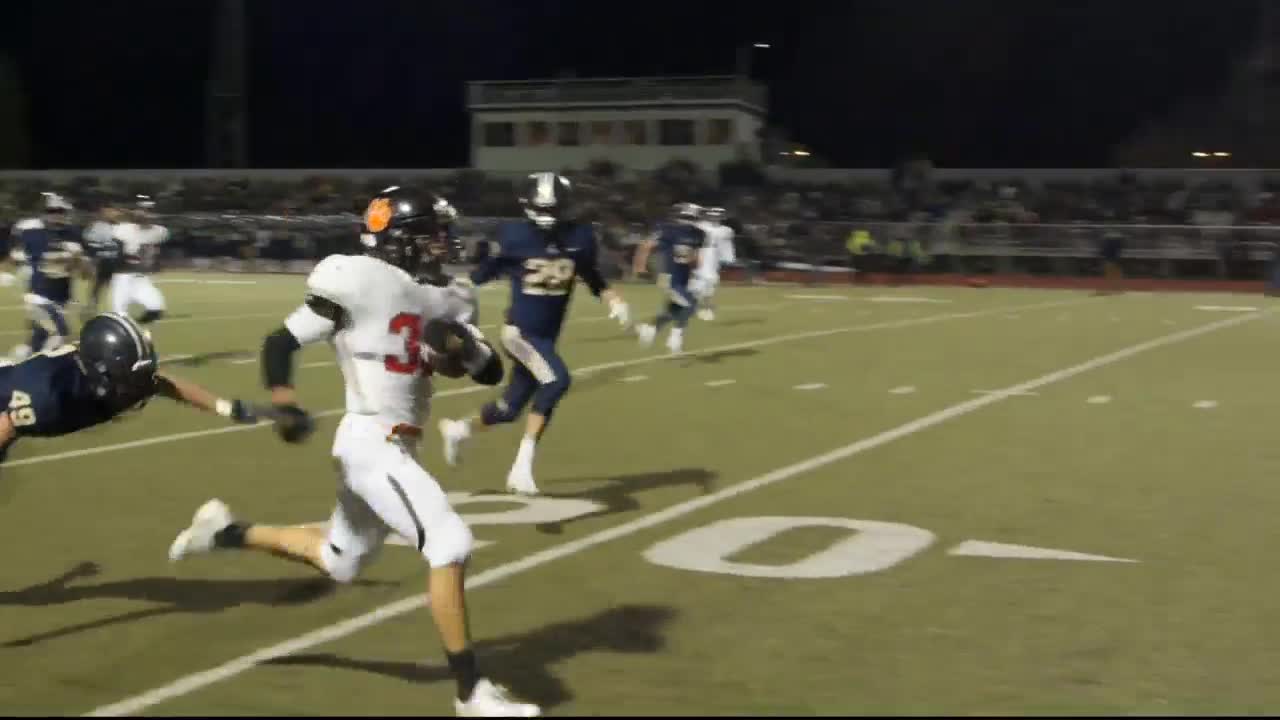 CODY, Wyo. - If ever there's a destiny year for Powell to win Wyoming's 3A state football championship, it's this one.

The underdog Panthers found another way to beat the odds Friday night, this time 20-13 over longtime rival Cody in the semifinals. Grinding through this season for senior quarterback Ethan Asher who is still hospitalized after nearly losing his life in a roll-over truck accident on August's first day of school, Powell scored first and never trailed.

Both impressive and improbable, considering the Panthers lost their regular season meeting in Cody 38-14 and hadn't won on Spike Vannoy Field since 2016. Fans stormed the field afterward as players hoisted Asher's No. 3 jersey over a huddle amid the celebration.

The Panthers built a 20-7 halftime lead thanks to an effective run game. Landon Lengfelder closed an 80-yard opening drive scoring on a QB keeper. Hunter Hays answered for Cody connecting with Tristan Blatt on a 70-yard catch and run to tie it 7-7.

Brody Karhu opend the 2nd quarter scoring with a 51-yard scamper for a 14-7 Powell lead. Late in the half, Langfelder then darted in from 10 yards to put the Panthers up 20-7 at the break.

Cody cut the lead to 20-13 but Powell's defense slammed the door when Hays was sacked by Toran Graham late in the 4th quarter. The Broncs Broncs’ hook-and-ladder attempt was stymied on 4th down.

Powell owns the hearts of an entire state.